The Technology Hunger Games of 2019 is best viewed through the lens up top - the 30,000-foot view will offer insight into how the cookie will crumble.

Understanding the mechanisms which will either stop the Silicon Valley tech renaissance in its wake or deliver a supercharged boost to this sector is essential to dissecting the U.S. economy moving forward.

Silicon Valley has experienced a sensational generation by any yardstick and sometimes that is lost in the fog of war with the 24-hour news cycle hellbent on stealing the mojo of the tech industry.

Do or die regulation is shaping up to be the most critical acid test in the tech industry since the creation of the internet.

How will big American tech firms adjust to this new normal of government intervention forcing them to meaningfully alter their DNA?

Is a paradigm shift in store for the relationship that is the consumer and a tech company?

The American economy is probably the closest thing that can be passed off as unfettered capitalism.

This type of capitalism is predicated on scarce regulation which is an important part of the underlying theory.

With thin regulation, “animal spirits” can mushroom industries and its underlying companies to superstardom, we have seen this over and over again with companies like Google and Facebook.

On the flip side, we have austerity and economic vigilance.

Just to take a look around the globe and you will understand what I mean.

Germany is the economic gem of Europe and its namesake union motoring the 28-country block as the mainstay hub of innovation and value creation in the region.

But that does not mean they condone unfettered capitalism.

This is the same government that buttressed the call for austerity for the Greek and Italian government when these two entered uncontrollable debt cycles.

I thought buy to let was a guaranteed cash cow? What happened?

Germany’s largest residential landlords publicly traded shares cratered on the anxiety that Berlin will enact a rent freeze for the next five years in reaction to a surge in rental prices.

Deutsche Wohnen who owns 112,000 units is fighting fiercely to overturn this piece of legislation as they are the main recipient or culprits of the housing renaissance causing residential property opportunities or challenges to explode in the artsy Germany city.

Although residential property income is hardly connected to the fortunes of global technology, the regulation sets the tone for other pieces of the economy as a whole.

Take a quick rundown of other European nation states and the red tape is slapped around in abundance.

The end result is that Europe, even with German ingenuity, has been unable to deliver a tech company that can look the Silicon Valley FANGs in the eye and regulation is a big reason why.

Europe is essentially America with no tech companies because of it.

If you want to shovel through the recycling to pick up a name or two, then Swedish-based Spotify, the music streaming platform, would be apt and on the chips side, ARM Holdings, a British semiconductor company with many of its chips installed inside of Android systems.

These names are few and far between.

While America has privatized away many industries, take a look at other countries like China, who are propping up zombie banks and other state-owned companies accumulating more junk-graded debt.

I would argue that centrally planned economies like China and North Korea possess governments who get in the way of their economy more often than not to maintain strict control over its populace.

This is why private businesses often get the shaft of the top-down way of governing which hurts the free or not so free markets.

The biggest event in tech in the next 2 years will be if the big tech giants break up or not because of anti-trust tinged worries.

Microsoft’s regulatory mess was the last time the American government rolled up their sleeves and intervened this boldly into the tech sector and the functioning of it.

They allowed Google and then Facebook to launch and now we are back at the anti-trust table figuring out again if a reset is necessary or not.

This happened to Microsoft because they were scared to go into that part of tech for fear of more anti-trust scrutiny.

If the government does pound Silicon Valley with harsh anti-trust rulings, these big platforms won’t be able to lean on its richer parent companies to bail them out since they will be separate.

I believe that if Google, Apple, and Amazon are cut apart and set free into the world, it will incite another technological renaissance for another thirty years.

Competition mixed with free markets has a funny way of working itself out.

As I see it, these monstrous platforms are stifling innovation now and choking off smaller companies in the incubation stage that could become the next Google.

Another development which is just as interesting is the market for big data.

Data could be rerouted from the proprietary black boxes of Google and Facebook and into a public market that puts a price on data.

If big data ever became a commodity sold from a market, it would mean that the accuracy of data would improve, and companies would be able to produce better products.

As it stands, big companies receive free data by the gimmick of giving away free services, these companies, in turn, manipulate and slice up the data any way they see fit to monetize.

I believe that the ad marketplace for Facebook and Google is somewhat of a broken and disconnected experience with many third-party companies questioning if it is a black hole that ad budgets are disappearing into.

The digital ad industry will undergo a serious facelift because of government regulation.

If big tech is divvied up, there will be winner and losers.

A new type of digital marketplace will be formed once again allowing small business to bypass Facebook creating another tsunami of wealth creation.

If the FANGs aren’t broken up, then expect unfettered capitalism to go unperturbed, albeit with slow to moderate growth, instead of the renaissance I mentioned above.

This all means that your only choice is to own technology stocks in both scenarios – particularly the best of breed with the most cutting-edge technology.

The only way to suppress tech shares in the long run is if the American economy decides to socialize or nationalize big swaths of the private economy. 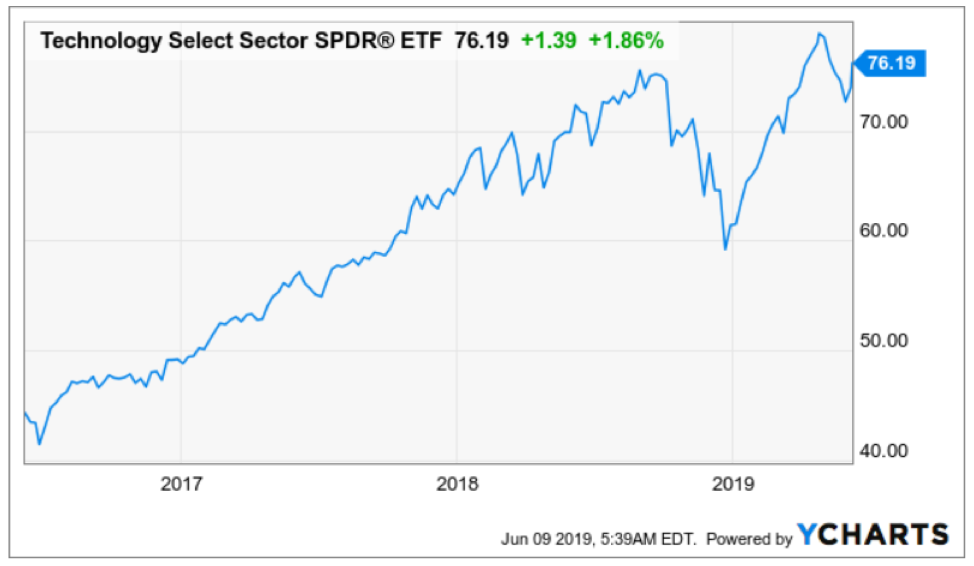 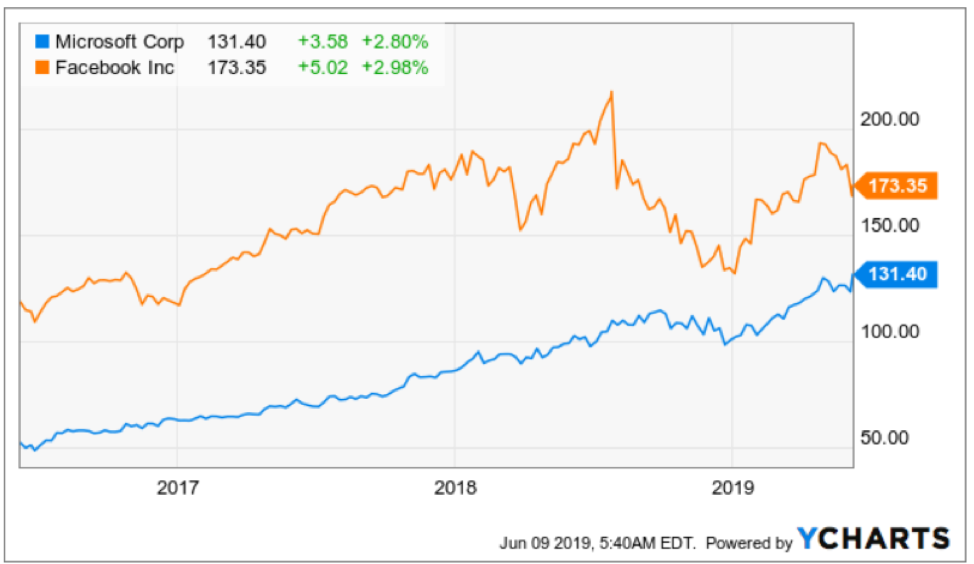