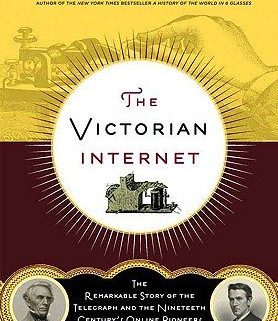 I have just finished leisurely reading Tom Standage?s book The Victorian Internet: The Remarkable Story of the Telegraph and the Nineteenth Century On-Line Pioneers.

Standage goes on to suggest that by studying how the telegraph developed and created certain trends in society, we can learn a lot about the challenges, opportunities, and pitfalls of the Internet today. From discussing the social impact of both systems with the development of online social interactions to the way that business and work was revolutionized, the book has it all!

You can laugh about how Victorians flirted and developed romantic connections over Morse code and you can marvel at the way getting more rapid information, particularly with the invention of the stock ticker, allowed financial markets to emerge and grow. If you Bloomberg slaves are looking for an educational and entertaining read, click here. 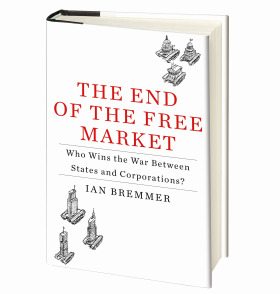 My friend, Ian Bremmer of the Eurasia Group, a global risk analyst who I regularly follow, will soon publish another book entitled The End of the Free Markets: Who Wins the War Between States and Corporations. I find this highly depressing, as it takes me as long to read one of Ian?s books as it takes him to write another one. To read a review of his highly insightful tome published in 2008, The Fat Tail: The Power of Political Knowledge for Strategic Investing, please click here. The world is reaching a tipping point. For the past 40 years, global multinationals with unfettered access to capital, consumer, and labor markets have driven the world economy. There is now a new competitor on the scene, the ?state capitalist,? where political considerations trump economic ones in the allocation of resources. Of course, China is the main player, joined by several other emerging nations. The middle kingdom has posted double digit annual growth for the past 30 years without freedom of speech, economic rules of the road, and independent judiciary, and credible property rights. China?s leadership is clearly worried that Western style freedoms will enable wealth to be generated outside their control and be used to orchestrate their overthrow. Private Western companies can only engage in transactions, which stand on their own economically and deliver the short-term profits, which their shareholders demand. In China, long term political goals enable them to pay through the nose to obtain stable supplies of oil, gas, minerals, and materials. That keeps the country?s massive work force employed, off the streets, and politically neutered. The bottom line is that there are now two competing forms of capitalism. The recent financial crisis has accelerated their entrance to the global stage, moving us from a G7 to a G20 dominated world. Globalization is not ending, but it is definitely entering a new chapter. For those of us who read tea leaves to ascertain long term economic trends, this will be a must read. ? 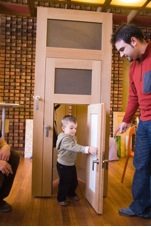 Sometimes we stare so long at a door that is closing that we see too late the one that is open,? said Alexander Graham Bell, inventor of the telephone. 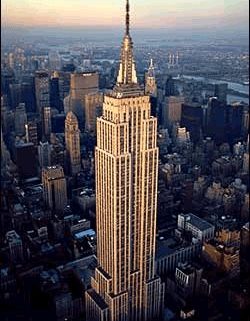 Come join me for the Mad Hedge Fund Trader?s Global Strategy Seminar, which I will be conducting in New York, NY on Thursday, July 5, 2012. Coffee, tea, and soft drinks will be provided, but no food. A PowerPoint presentation will be followed by an extended question and answer period.

I?ll be giving you my up to date view on stocks, bonds, foreign currencies, commodities, precious metals, and real estate. And to keep you in suspense, I?ll be throwing a few surprises out there too. Enough charts, tables, graphs, and statistics will be thrown at you to keep your ears ringing for a week. Tickets are available for $250.

The seminar should run from 2:00 PM to 5:00 PM. I?ll be arriving an hour early and leaving late in case anyone wants to have a one on one discussion, or just sit around and chew the fat about the financial markets.

The seminar will be held at a prestigious private club near Central Park, the details of which will be emailed to you with your purchase confirmation.

I look forward to meeting you, and thank you for supporting my research. To purchase tickets for the luncheons, please go to my online store at http://madhedgefundradio.com/, click on ?LUNCHEONS?, and scroll down to the New York seminar. 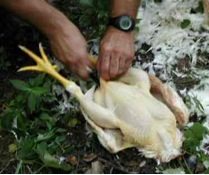 ?The art of taxation consists of so plucking the goose as to obtain the largest amount of feathers with the smallest amount of hissing,? said Jean-Baptist Colbert, a 17th century French minister of Finance. 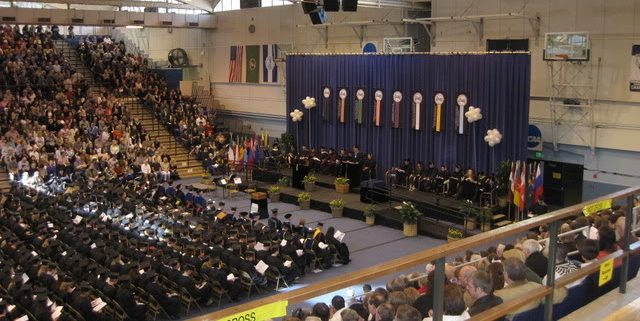 I spent the weekend attending a graduation in Washington state, a stone?s throw from where the 2010 Winter Olympics were held last year. While sitting through the tedious reading of 550 names, and listening to the wailing bagpipes, I did several calculations on the back of the commencement program. I came to some startling conclusions.

Higher education has grown into a gigantic industry, with a massively positive impact on America?s balance of payments, generating an impact on the world far beyond the dollar amounts involved. There are 671,616 foreign students in the US (90,000 from China alone) paying an average out-of-state tuition of $25,000 each, creating a staggering $16.8 billion of payments a year.

On a pro rata basis, that amounts to a serious part of our total receipts in services in Q4 2009 of $131.6 billion, not far behind financial services (click here for the Bureau of Economic Analysis site ) . A fortunate few, backed by endowed chairs and buildings built by wealthy and eager parents, land places at prestigious Universities like Harvard, Princeton, Yale, and UC Berkeley. The overwhelming majority, however, enroll in the provinces in a thousand rural state universities and junior colleges that most of us have never heard of.

The windfall has enabled once sleepy little schools to build themselves into world class institutions of higher learning with 30,000 or more students, boasting state of the art facilities, much to the joy of local residents and state education officials. Furthermore, this dominance of education industry is steadily Americanizing the global establishment.

I can?t tell you how many times over the decades I have run into the Persian Gulf sovereign fund manager who went to Florida State, the Asian CEO who attended Cal State Hayward, or the African finance minister who fondly recalled rooting for the Kansas State Wildcats. Those who constantly bemoan the impending fall of the Great American Empire can take heart by merely looking inland at these impressive degree factories. It also might give them an explanation of why the dollar is so strong in the face of absolute gigantic and perennial trade deficits.

I enjoy issuing Berkshire stock as much as I relish preparing for a colonoscopy,? said Oracle of Omaha Warren Buffet of Berkshire Hathaway (BRK/A).