While the Diary of a Mad Hedge Fund Trader focuses on investment over a one week to six-month time frame, Mad Day Trader, provided by Jim Parker, will exploit money-making opportunities over a brief ten minute to three day window. It is ideally suited for day traders, but can also be used by long-term investors to improve market timing for entry and exit points. END_OF_DOCUMENT_TOKEN_TO_BE_REPLACED

While the Diary of a Mad Hedge Fund Trader focuses on investment over a one week to six-month time frame, Mad Day Trader, provided by Jim Parker, will exploit money-making opportunities over a brief ten minute to three day window. It is ideally suited for day traders, but can also be used by long-term investors to improve market timing for entry and exit points. END_OF_DOCUMENT_TOKEN_TO_BE_REPLACED

While the Diary of a Mad Hedge Fund Trader focuses on investment over a one week to six-month time frame, Mad Day Trader, provided by Jim Parker, will exploit money-making opportunities over a brief ten minute to three day window. It is ideally suited for day traders, but can also be used by long-term investors to improve market timing for entry and exit points. END_OF_DOCUMENT_TOKEN_TO_BE_REPLACED 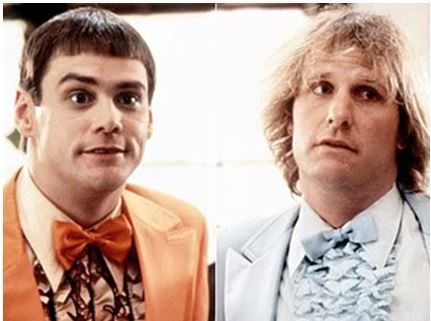 Much of the recent buying of stocks has been generated by hedge funds panicking to cover shorts.

Convinced of the imminent collapse of Europe, the impotence of governments to do anything about it, and slow economic growth at home, many managers were running a maximum short for the umpteenth time, and were forced to cover at a loss. Meet the new dumb money: hedge funds.

When I first started on Wall Street in the seventies, you heard a lot about the ?dumb money?. This was a referral to the low-end individual retail investors who bought the research, hook-line-and-sinker, loyally subscribed to every IPO, religiously bought every top, and sold every bottom.

Needless to say, such clients didn?t survive very long, and retail stock brokerage evolved into a volume business, endlessly seeking to replace outgoing suckers with new ones. When one asked ?Where are the customers? yachts,? everyone in the industry new the grim answer.

Since the popping of the dot-com boom in 2000, the individual investor has finally started to smarten up. They bailed en masse from equities, seeking to plow their fortunes into real estate, which everyone knew never went down. Since 2007, the exit from equities has accelerated.

I bet the average individual investor outperformed the average hedge fund in 2013 by a large margin. Look no further than the chart below, which shows an average return by hedge funds, compared to an S&P 500 index gain of 30%, including dividends.

This takes me back to the Golden Age of hedge funds during the 1980?s. For a start, you could count the number of active funds on your fingers and toes, and we all knew each other. The usual suspects included the owl like Soros, the bombastic Robertson, steely cool Tudor-Jones, the nefarious Bacon, the complicated Steinhart, of course, myself, and a handful of others.

The traditional Wall Street establishment viewed us as outlaws, and believed that if the trades we were doing weren?t illegal, they should be, like short selling. Investigations and audits were a daily fact of life. It wasn?t easy being green. I believe that Steinhart was under investigation during his entire 40 year career, but the Feds never brought a case.

It was all worth it, because in those days, if you did copious research and engaged in enough out of the box thinking, you could bring in enormous profits with almost no risk. I used to call these ?free money? trades. To be taken seriously as a manager by the small community of hedge fund investors you had to earn 40% a year or you weren?t worth the perceived risk. Annual gains of 100% or more were not unheard of.

Most Japanese stock dividends were near zero then, so the cost of borrowing was almost nothing. The position effectively created a high yield synthetic convertible bond. If the stock then fell, you also made big money on your short stock position. This was not a bad portfolio to have in 1990, when the Nikkei stock index plunged from ?39,000 to ?20,000 in three months, and some individual shares dropped by 80%.

Trades like this were possible because only a smaller number of mathematicians and computer geeks, like me, were on the hunt, and collectively, we amounted to no more than a flea on an elephant?s back. Today, there are over 10,000 hedge funds managing $2.5 trillion, accounting for anywhere from 50% to 70% of the daily volume.

Many of the strategies now can only be executed by multimillion-dollar mainframe computers collocated next to the stock exchange floor. Winning or losing trades are often determined by the speed of light. And as the numbers have expanded exponentially from dozens to hundreds of thousands, the quality of the players has gone down dramatically, with copycats and ?wanabees? crowding the field.

The problem is that hedge funds are no longer peripheral to the market. They are the market, and therein lies the headache. How are you supposed to outperform the market when it means beating yourself? As a result, hedge fund managers have replaced the individual as the new ?dumb money?, buying tops and selling bottoms, only to cover at a loss, as we witnessed today.

When markets disintegrate into a few big hedge funds slugging it out against each other for infinitesimal spreads, no one makes any money. I saw this happen in Tokyo in the 1990?s, when hedge funds took over the bulk of trading. Volumes shrank to a shadow of their former selves.

How does this end? We have already seen the outcome; that investors flee markets run by hedge funds and migrate to those where they have less of an impact. That explains the meteoric rise of trading volumes of other assets classes, like bonds and foreign exchange. 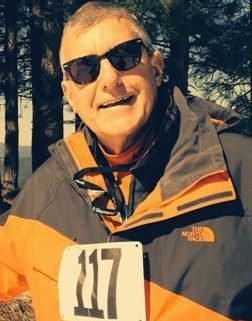 Thanks so much, John and Jim, for coming up with The Mad Day Trader! I especially appreciate that you’ll be using ETFs (they are so convenient…and I can trade without triggering short-term taxes, in my IRA).

I Also like that you’re including a focus on metals, as I’m already?trading (GLD), (SLV) and their inverses (DGZ),?(GLL), (ZSL), and (DUST) on my own (and?making excellent profits), but have been wondering, “Where can I find a pro’s guidance on daily?entry, exit, and pivot points.”

Well, you just answered that burning question and have made my month!

Count me in as a?subscriber. Send an invoice as soon?as you want!

While the Diary of a Mad Hedge Fund Trader focuses on investment over a one week to six-month time frame, Mad Day Trader, provided by Jim Parker, will exploit money-making opportunities over a brief ten minute to three day window. It is ideally suited for day traders, but can also be used by long-term investors to improve market timing for entry and exit points. END_OF_DOCUMENT_TOKEN_TO_BE_REPLACED

While the Diary of a Mad Hedge Fund Trader focuses on investment over a one week to six-month time frame, Mad Day Trader, provided by Jim Parker, will exploit money-making opportunities over a brief ten minute to three day window. It is ideally suited for day traders, but can also be used by long-term investors to improve market timing for entry and exit points. END_OF_DOCUMENT_TOKEN_TO_BE_REPLACED