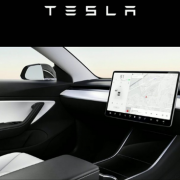 CEO of Tesla Elon Musk touting his company’s ability to deploy robo-taxis in the next 12 months miffed many industry analysts.

Few tech CEOs would have the balls to get on stage and put themselves out there in that type of manner.

I believe Musk calling for these bold predictions will help bend the world in his favor, maybe not right away, but before Tesla burns through their horde of cash.

Of course, there is no way in hell he could pull this off today, regulatory hurdles and in-house capability are two severe constraints.

But confidently proclaiming audacious initiatives that become self-fulfilling prophecies is a smart way to align the stars in the way you want.

Musk certainly believes the scent is in the air for the wolves to go in for the killer blow, he just needs a few miracles and a tad bit of luck on his side.

Tesla is now on record hyping up a custom-made robo-taxi capable of running about a million miles using a single battery pack, with all the sensors and computing power for full autonomy, costing less than $38,000 to produce.

They believe this will come out in 2020.

The combination of low vehicle cost, low maintenance cost and an expected powertrain efficiency of 4.5 miles per kWh should make this the lowest cost of ownership and will be the most profitable autonomous taxi on the market.

Using this state of the art robo-taxi to build a ride-sharing service business would effectively mean an Uber or Lyft without drivers.

Tesla would receive 30% of each fare, with the other 70% sent to Tesla owners that would deploy their own cars into the ride-sharing network.

I respect that Musk can feel sentiment behind Tesla’s brand slipping away after heavy criticism, personal backlash from a spat with the SEC, and a boatload of competition hoping to smash him in the mouth.

Musk needed to shift the narrative into Tesla’s brand being the most innovative and publicly letting investors know there are more irons in the fire that will entrench Tesla supporters further while giving the Tesla haters more fodder to terrorize Musk.

Tesla is a luxury brand and constructed in the image of Elon Musk – making the impossible possible ethos needed a facelift and Musk gave what his supporters wanted in spades.

His showmanship is not misplaced and is part of who he is. But more importantly, if Tesla makes serious headway in the robo-taxi business in the next 12 months, Musk will be able to stand on the podium to whip up enough support needed to nudge this over the line.

Musk is very much from the mold of build it and they will come, and he has what few other CEOs have – vision.

The vision comes with a pricey premium.

And Musk must nurture this vision and urge believers to keep believing to carry on this act.

I was surprised that one of the most applicable pieces of news in the shareholder letter was something that nobody excavated.

Tesla will build a second-generation Model 3 line in China that projects to be at least 50% cheaper per unit of capacity than the Model 3-related lines in Fremont and at Gigafactory 1.

The cost to produce Model 3’s is about to crash all while Tesla is still considered a premium, luxury vehicle.

This will free up space at the Reno Gigafactory and Fremont to focus on the robo-taxi challenge.

The latest news in Shanghai was an explosion at the half-built Gigafactory parking lot, but not much will come of that.

For investors on the sideline, the nadir of Tesla stock is approaching, another more shakeout might give investors the green light for a trade, that is if they aren’t already long-time holders.

Tesla mentioned they had trouble delivering new Teslas to foreign countries because of headwinds putting the logistics in place for the first time.

This one-off write-down will come off the balance sheet in next quarter’s earnings report and more information on the Shanghai Gigafactory will start to filter in aside from its boost to Tesla being able to produce 500,000 cars in 2019 once it comes online.

The Shanghai Gigafactory will unlock substantial value for shareholders once it’s fully operational and finishing the construction ahead of time would be a boon.

Part of the plan to go into China results from snapping up more of a battery supply which Musk feels is the Achilles heel right now in Reno.

He continues to fault Panasonic for not delivering enough cells which, in turn, is holding back the power wall business creating a backlog in orders.

Many of the talking heads appearing on major networks were too trigger-happy in tearing Musk to shreds because of the way he speaks in hyperbole.

Musk even came out with another zinger that could pick up traction – an insurance product to marry up with Tesla vehicle purchases because Tesla believed Tesla owners are being price gouged by insurance companies.

As the impact of higher deliveries and cost reduction take full effect, Tesla expects to return to profitability in Q3 and significantly reduce losses in Q2.

Most of the bad news is baked into the stock and there could be another leg-down before this stock starts to look compelling.

Whether you love them or hate them, visionary tech CEOs get a lot of slack because the upside is so lucrative for shareholders.

That is part of why it is excruciating trading the stock led by a moody visionary with a larger-than-life persona, better to buy and hold if you are a Tesla believer. 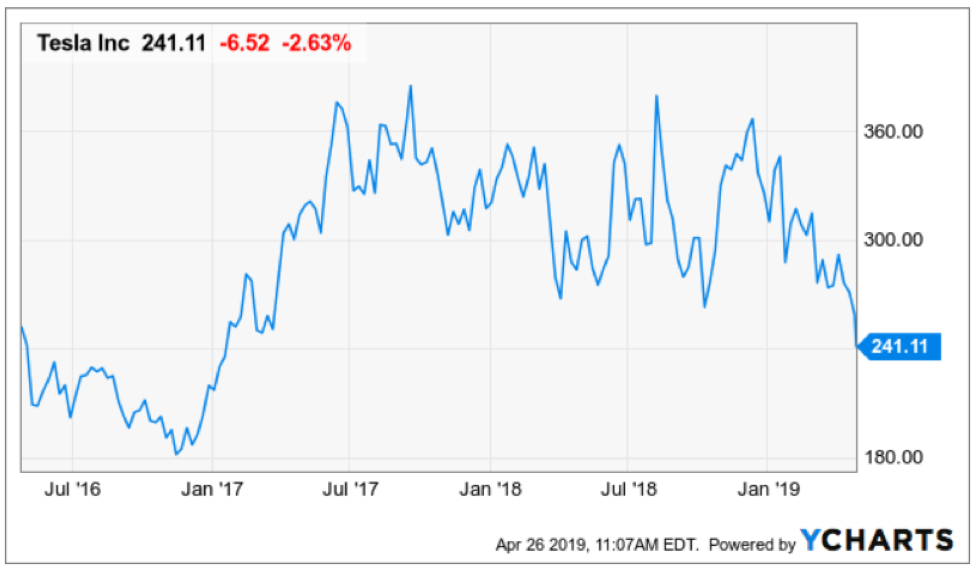