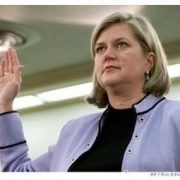 Buried in the recently passed Dodd-Frank financial reform bill are massive financial rewards for turning in your crooked boss. The SEC is hoping that multimillion-dollar rewards amounting to 10%-30% of sanction amounts will drive a stampede of whistleblowers to their doors with evidence of malfeasance and fraud by their employers.

If such rules were in place at the time of the settlement with Goldman Sachs (GS), the bonus, in theory, could have been worth up to $500 million. Wall Street firms are bracing themselves for an onslaught of claims, legitimate and otherwise, by droves of hungry gold diggers looking for an early retirement.

Don’t count on this as a get rich quick scheme. Government hurdles to meet the requirement of a true stoolie can be daunting. The standard of evidence demanded is high, and must be matched with the violation of specific federal laws. Idle chitchat at the water cooler won’t do. Litigation can stretch out over five years, involve substantial legal costs, and often lead to a non-financial settlement with no reward. For those who do deliver the goods, death threats from defendants are not unheard of.

Having ‘rat’ on your resume doesn’t exactly look inviting either. Just ask Sherron Watkins, the in-house CPA who turned in energy giant Enron’s Ken Lay, Andy Fastow, and Jeffrey Skilling just before it crashed in flames. Nearly a decade later, Sherron earns a modest living on the lecture circuit warning of the risks of false accounting, and whistleblowing. There have been no job offers.

Why the Markets Could Care Less About Sequestration
Scroll to top