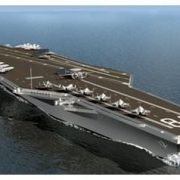 They say a picture is worth 1,000 words. The map below is worth a PhD thesis, and perhaps a weighty tome. Prepared by my friends from government data at the online financial site run by Henry Blodget, Business Insider, it ranks the states most impacted by the sequestration of federal spending that starts on Friday, March 1. Then, some $85 billion in annual outlays grind to a complete halt. Call it ?F? day.

It confirms what I have known for a very long time, that the US government is basically a giant recycling mechanism that sucks money out of blue states and spends it in red states. The map shows that by far, the biggest beneficiaries of Washington?s largess are Virginia, Kentucky, South Carolina, Mississippi, Alaska, Hawaii, Missouri, Maryland, Texas, and New Mexico. These are the states that stand the most to lose from the 8.5% across the board cut in spending that is about to take place. It is a broad-brush generalization with some exceptions, but you get the picture.

The states that have the least to lose are New York, New Jersey, Oregon, Illinois, Michigan, Minnesota, Ohio, Iowa, Nebraska, and California. These happen to be the states that are the biggest contributors of tax revenue to the Treasury. The two richest, California and New York get back 78 cents in government spending for every dollar in taxes they pay into the system. Alaska and Hawaii each receive a whopping $7 in spending for each dollar raised, while Washington DC get?s a stratospheric $8. Even during these difficult budget times, new museums are under construction on the Great Mall, as I write this.

It?s not hard to figure out where all this money is going. The overwhelming share of this disproportionate red state spending is for defense. This originally began nearly 100 years ago because the big military bases set up during WWI and WWII could only be built where land was cheap and plentiful. That was much more easily found in the middle of nowhere, in the Midwest and the South, rather than on the populous coasts.

This is why red state representatives in congress are wringing their hands with such distress, as military spending represents such a large proportion of their local GDP. Sequestration brings a sharp slowdown of money pouring into their states. The businesses of their largest donors will noticeably slow. Blue state representatives are far more relaxed, as sequestration effectively means a slowdown of deflationary cash outflows from their states.

Social spending is understandably the greatest where you have the most people, on the coasts. But it represents a tiny proportion of the local economy, and will impact few jobs. The economies of big states are primarily driven by the private sector, such as in New York (banking, finance, media, telecommunications), Illinois (finance, manufacturing, agriculture), and California (technology, housing, international trade).

I doubt we will even notice the sequestration here in the Golden State, unless we turn the TV on, or try to leave. That?s why I think sequestration is going to happen. This time, there will be no last minute pull back from the precipice.

In fact, sequestration could well be the big yawner of the year. It might be the Y2K of this decade. Remember when Armageddon was predicted for the year 2000, but in the end, someone?s toaster didn?t work in Peoria, Illinois? And that was a really old toaster.

This is what the financial markets have been telling us for the past three months. Notice that, with only four days until the disastrous deadline, the stock markets were breaking to new five-year highs, until they were temporarily delayed by the Italian election.

The worst-case scenario seems to be that GDP will slow by a mere 25 basis points. But this will be on the coattails of a dramatic decline in the government deficit. Notice also that the financial markets are headquartered in states that will be minimally impacted by sequestration cuts.

These interstate cash flows go a long way to explain why we have gridlock in Washington. It is the status quo that benefits the most from inaction and has the most to lose from change. President Obama knows this and it is why he is playing such hardball with the Republicans. You can?t make an omelet without breaking a few eggs.

It also explains why there is such a massive building boom for new commercial office space in our nation?s capital. The Citizen?s United ruling, which legalized unlimited anonymous corporate donations, has opened the floodgates for cash to hire new armies of new lobbyists. They keep the money continuing to flow to the hinterlands, and the gravy train running. Knowing all this, it is sometimes easy for me to get discouraged when contemplating our country?s future.

It?s not like our lives depend on all this extra spending on defense. The US has not had an industrial strength enemy since the collapse of the Soviet Union 20 years ago, which is now a faint shadow of its former self. They just sold us the last of their excess weapons grade plutonium to run our nuclear power plants.

Al Qaida has been reduced to a few hundred religious fanatics hiding out in Pakistani basements, and a few sleeper cells, with rather short lifespans. That?s why they have no retirement plan.

Yet US defense spending has doubled to $800 billion since 2000. The sequester will bring the first measurable decline in such spending since the peace dividend of the nineties. Why are we spending so much money without any real enemies?

China?s military is almost exclusively aimed at controlling its own population. The one small, second hand aircraft carrier they acquired from the Ukraine is to protect their oil supplies from the Middle East as we withdraw our forces from there. America has been at war almost non-stop since WWII. Since 1949, China carried out a single invasion only 20 miles into Vietnam, and then retreated after two weeks.

I am not alone with these views. The Joint Chiefs of Staff happen to agree with me, as do the majority of serving generals and admirals, and the CIA. They would much prefer husbanding scarce resources for cyber warfare, special operations, advanced drones, and training. Blowing money on big-ticket, but useless cold war weapons systems, like nuclear aircraft carriers and submarines, and the F-22 and X-35 fighters, just to boost employment in favored congressional districts, is the greater threat to our national security. Talk to anyone who has ever been in the military, and the tales of waste and inefficacy on an industrial scale abound.

Raise such concerns about this unnecessary spending, and you get called a pacifist, a coward, and a traitor. Wasn?t the peace symbol the footprint of the American chicken? That doesn?t work with me. I have been assisting the US military on and off for 40 years, from intelligence, to flying hopelessly risky missions, to grief counseling of Marine widows, orphans, and parents. I am a veteran of six wars, and still carry enough lead to set off metal detectors. Call someone else a pacifist.

I think when sequestration starts on Friday, I?ll go for a long hike. I hope congress does too, down a short pier.

Do We Really Need Ten?

Be Careful Who You Snitch On