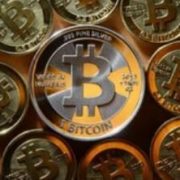 I often am asked at lunches and speaking engagements whether people should be investing in bitcoin. My answer was always that it was a scam and to be avoided at all costs.

I was vindicated when the value of the online cryptocurrency collapsed 74% from its peak, from $1,230 to $320 to the US dollar.

After all, why should an arbitrarily valued currency, like bitcoin, be worth more than any other, like the US dollar?

I really hope the pizza parlor in New York City that sold a pizza for 8 bitcoins years ago unloaded their proceeds before the crash.

After some major security upgrades, the cryptocurrency has since rallied back up to $670.

Then Marc Andreessen, of leading venture capital firm, Andreessen Horowitz, made some comments the other day that piqued my interest.

He said that he was a major investor in several parts of the bitcoin ecosystem. He thought it had a great long-term future and he was especially interested in bitcoin infrastructure plays.

Smelling a rare opportunity to smash my own preconceived notions, biases, and prejudices, I started making a few phone calls around Silicon Valley.

It wasn?t long before someone put me in touch with Mr. Celso Pitta, the CEO of BTCJam. BTCJam is the world?s first peer-to-peer bitcoin lending company and they are paving the way for alternative crypto-currency investing.

What I learned from him was fascinating.

Long considered a ?gold for nerds? and ?online gold?, the financial community is in fact taking bitcoins seriously. Recently, the US Treasury and the Department of Homeland Security held a conference in Florida to bring the industry into its anti-money laundering payments standards.

Where do bitcoins come from? Bitcoins are ?mined? by computers. Every couple of minutes the bitcoin network releases an algorithm and the computer that solves the algorithm first, receives the bitcoin.

They are created from scratch by bitcoin ?miners? who exchange them for local currencies to cover their own costs and compensation for the bitcoin infrastructure.

Bitcoins are a completely decentralized, transparent, and digitally traded currency. Some predict that cryptocurrencies like bitcoin may replace traditional fiat paper currencies in the near future.

In the end, bitcoins are just a giant global payment ledger balanced out by debtors and creditors. As it is electronic, it can be sent and administered for free.

BTCJam has created from scratch a global online marketplace of borrowers and lenders in over 180 countries. Go to their site (https://btcjam.com) and you will find a parade of borrowers from around the planet looking to take out loans and bitcoin lenders looking to invest. Look at the individual players and it is clear that they are young and tech savvy.

Each potential borrower lists the details for their loan, along with a host of personal information. The purposes cited I found included a new transmission for a broken down car in England, a vacation to Japan and the start up of many small business. It also seems a lot of young Americans are seeking to consolidate student loans.

Once a user signs up, BTCJam subjects every application to its credit evaluation software, which examines more than 300 different parameters.

BTCJam uses traditional data that banks use such as personal identification, banking confirmation, and income verification, but they also use a host of other resources such as: LinkedIn, Facebook, PayPal, and eBay accounts.

Believe it or not, a person with 1000 Facebook friends has a much better credit standing and a lower default rate than someone with only 1 friend.

Customers are then given an ?A? to ?E? rating based on their loan algorithm. This software was developed by CEO Pitta, a native of Brazil, who boasts a heavy background in artificial intelligence and facial recognition software.

The company is taking advantage of the void of lending resources in emerging nations; frequently, these people can only turn to loan sharks and other risky loan sources.

Large international banks are reluctant to invest in these places because of the local currency risk. When a loan on BTCJam is fully funded, the borrowers convert their bitcoin into local currencies to spend in the local economy.

Remember how the poorest countries leapfrogged telephone landlines and went straight to cell phones 20 years ago? Well, the same thing is now happening in consumer credit through peer-to-peer lending.

Many developing countries suffer from the complete lack of credit rating agencies. There, every client is considered high risk, and lending is priced according to the standards of the worst borrowers.

Credit card interest rates run as high as 200% in Brazil, 90% in Mexico, and are well into double digits in Indonesia and the Philippines. Overall, they average 175% in the BRICS. As a result, the rates charged by BTCJam seem like a bargain by comparison.

When borrowers sign up at BTCJam and input all their information, they are given a suggested interest rate. They then have the choice to set their monthly interest rate as high or low as they want.

Loans that follow the suggested interest rate are more likely to be funded quickly by investors. Over time, the loan is gradually paid back in full by the borrower as they convert their money back into bitcoin.

Now for the lender side of the equation. BTCJam has investors from all over the world: they attract people that already have bitcoins and are looking for returns on their bitcoins. They also bring in lenders who are new to bitcoin and buy a few for the purpose of investing in BTCJam.

Lenders are completely free to choose which loans they want to invest in and how much they want to invest. Interest rates vary based on the risk profile of the borrower. They range all the way from 14% for the highest quality ?A+? borrowers to 100% for the low-end ?E-? hopefuls.

BTCJam is a bitcoin-only platform: lenders invest bitcoin and borrowers receive bitcoin. Borrowers have the option to link their loan to USD, which helps them avoid the risk of volatility long term. This enables them to lock in the bitcoin price at the time they receive the loan.

BTCJam lists every outstanding loan, and the investors connected to that individual. There is an online discussion on the potential advantages and disadvantages of each borrower. Some of the comments are quite funny. Others are downright rude.

It gets better: BTCJam will soon introduce automatic investments. Lenders will then have the opportunity to set specific criteria such as: the amount they want to invest, which asset class they want to invest in, and for how long. This will significantly enhance the use of the website and lenders will never have to miss out on good loans.

Pitta told me that globally, the total loan portfolio has a 10% default rate. But if you focus on only their ?A? rated customers, that rate plunges to a mere 1.8%. This is in the same ballpark as the largest US consumer lenders.

Do the math with high yields and a non-payment rate this low, and you can easily see that risk sophisticated and tolerant depositors will do these loans all day long.

The peer-to-peer lending model is one of the fastest growing corners of the financial industry. The giant Credit Ease in China is the largest, with a $9 billion loan portfolio. They are followed by the $3-$4 billion Lending Club. The UK has Zopa, with a $1 billion loan book.

This all compares to total credit card debt for the US alone of $1 trillion. Clearly, there is an enormous, high cost, low return, entrenched market to be explored here.

The entire bitcoin story did get tarnished by the bankruptcy of Mt. Gox operation in Japan, which went under with $60 million in liabilities. They claimed they were the victims of the hackers.

Industry insiders say that incompetent management, inferior software, and lax controls are much more likely culprits. These
are common transgressions in every start up industry.

Which brings me to BTCJam?s own business model, which recently obtained several million in seed capital from venture capitalists, like Ribbit Capital and the Founders Club.

They are poised to eat the lunches of emerging nation banks, which have always ignored, overcharged, or abused their local customers. It all seems to me ripe ground for disruption.

I think it is safe to say that in 20 years, the global financial system will be unrecognizable from what it is today. Ultimately, Bitcoin and BTCJam may have a large influence in the transition from traditional currencies to an all out system of online money. 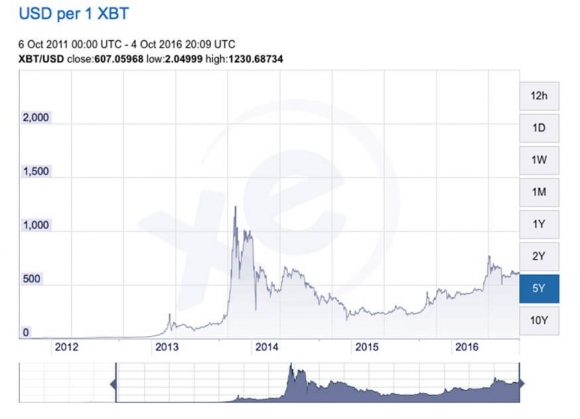 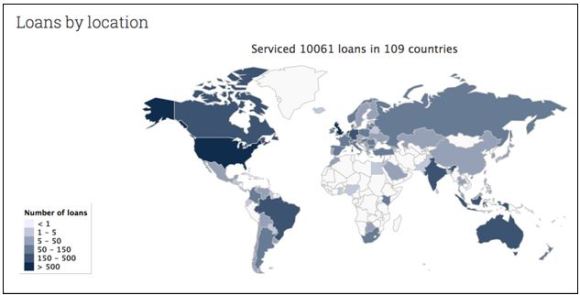 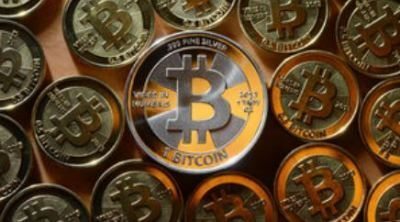