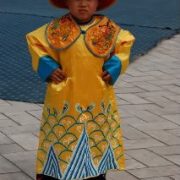 Now that China has ended its “One Child” policy, it is time to assess its long-term costs.

Adopted 33 years ago, there are now 32 million more boys under the age of 20 than girls.

Large scale interference with the natural male:female ratio has been tracked with some fascination by demographers for years and is constantly generating unintended consequences.

Until early in the last century, starving rural mothers abandoned unwanted female newborns in the hills to be taken away by “spirits.”

Today, pregnant women resort to the modern-day equivalent by getting ultrasounds and undergoing abortions when they learn they are carrying girls.

Millions of children are “little emperors,” spoiled male-only children who have been raised to expect the world to revolve around them.

The resulting shortage of women has led to an epidemic of “bride kidnapping” in surrounding countries. Stealing of male children is widespread in Vietnam, Cambodia, Laos, and Mongolia.

The end result has been a barbell shaped demographic curve unlike that seen in any other country. The Beijing government says the program has succeeded in bringing the fertility rate from 3.0 down to 1.8, well below the 2.1 replacement rate.

As a result, the Middle Kingdom’s population today is only 1.2 billion instead of the 1.6 billion it would have been.

Political scientists have long speculated that an excess of young men would lead to more bellicose foreign policies by the Middle Kingdom. But so far the choice has been for commerce, to the detriment of America’s trade balance and Internet security.

In practice, the one-child policy has only been applied to those who live in cities or have government jobs. That is about two-thirds of the population.

On my last trip to China I spent a weekend walking around Shenzhen city parks. The locals doted over their single children, while visitors from the countryside played games with their three, four, or five children. The contrast couldn’t have been more bizarre.

Economists now wonder if the practice will also understate China’s long-term growth rate. Parents with boys tend to be bigger savers, so they can help sons with the initial big-ticket items in life, like an education, homes, and even cars.

The end game for this policy has to be the Japan disease; a huge population of senior citizens with insufficient numbers of young workers to support them. The markets won’t ignore this.

In the latest round of reforms announced by the Chinese government was the demise of the one-child policy. But no matter how hard you try, you can’t change the number of people born 30 years ago.

The boomerang effects of this policy could last for centuries. 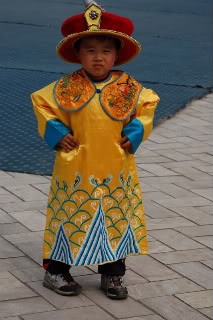