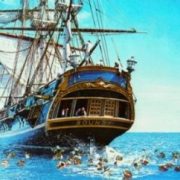 While winging my way across the South Pacific last week, I spotted a fascinating job offer in the Australian newspapers:

WANTED: Social worker, tax-free salary of $60,000 with free accommodation and transportation, no experience necessary, must be flexible and self-sufficient.

With the unemployment rate at 3.1%, but much of the job growth at the minimum wage level, I was amazed that they were even advertising for such a job. Usually, such plum positions get farmed out to a close relative of the hiring officials involved.

Intrigued, I read on.

To apply, you first had to fly to Auckland, New Zealand, then catch a flight to Tahiti. After that, you must endure another long flight to the remote Gambier Islands, then charter a boat for a 36-hour voyage.

Once there, you had to row ashore to a hidden cove on the island, as there was no dock or even a beach.

It turns out that the job of a lifetime is on remote Pitcairn Island, some 2,700 miles ENE of New Zealand, home to the modern descendants of the mutineers of the HMS Bounty.

History buffs will recall that in 1790, Fletcher Christian led a rebellion against the tyrannical Captain William Bligh, casting him adrift in a lifeboat.

He then kidnapped several Tahitian women and disappeared off the face of the earth. When he stumbled across Pitcairn, which was absent from any contemporary charts, he burned the ship to avoid detection.

A lost, off-course British ship didn’t find the island until some 40 years later only to find that Christian had been killed for his involvement in a love triangle decades earlier.

The job is not without its challenges. There is one doctor, and electric power is switched on only 10 hours a day. Supply ships visit every three months. The local language is a blend of 18th century English and Tahitian called Pitkern, for which there is no dictionary.

Previous workers have a history of going native. Oh, and 10% of the island’s 54 residents are registered sex offenders, due to its long history of incest.

The next time someone you know complains about being unable to find a job, just tell them they are not looking hard enough, and to brush up on their Pitkern. 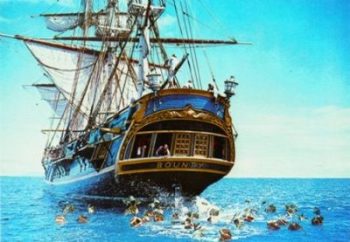 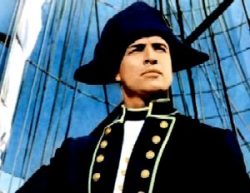