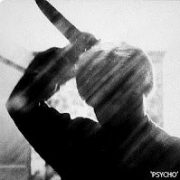 After my year in the White House Press Corps, I vowed never to return, and took a really long shower, hoping to scrub every last spec of prejudice, self-interest, and institutionalized dishonesty off of my battered carcass. But sometimes I see some maneuvering that is so unprincipled, crooked, and against the national interest that I am unable to restrain my fingers from the keyboard.

I?m talking about the absolutely merciless hatchet job the coal producers are inflicting on the natural gas industry. Coal today accounts for 50% of America?s 3.7 trillion kilowatts in annual power production. Chesapeake Energy?s (CHK) Aubrey McClendon says correctly that if we just shut down aging conventional power plants over 35 years old, and replace them with modern gas fired plants, the US would achieve one third of its ambitious 2020 carbon reduction goals.

The share of relatively clean burning natural gas of the national power load would pop up from the current 23% to 50%. Even the Sierra Club says this is the fastest and cheapest way to make a serious dent in greenhouse gas emissions. So what do we get?

The press has recently been flooded with reports of widespread well poisonings and forest destruction caused by the fracking processes that recently discovered a new 100 year supply of ultra-cheap CH4. The YouTube images of flames shooting out of a kitchen faucet are well known. But MIT did a study investigating over 50 of these claims and every one was found to be due to inexperienced subcontractor incompetence, not the technology itself. The demand for these wells is so great that it is sucking in neophytes into bidding for contracts, whether they know how to do it or not.

While the coal industry has had 200 years to build a formidable lobby in Washington, the gas industry is just a beginner, their only public champions being McClendon and T. Boone Pickens. Every attempt they have made to get a bill through congress to speed up natural gas conversion has been blocked not by environmentalists, but other conflicted energy interests.

Memories in Washington are long, and Obama & Co. recall all too clearly that this was the pair that financed the Swift Boat Veterans for Truth that torpedoed Democrat John Kerry?s 2004 presidential campaign. What goes around comes around.

This will be unhappy news for the 23,000 the American Lung Association expects coal emissions to kill this year. Can?t the coal industry be happy selling everything they rip out of the ground to China?

There! I?ve had my say. Now I?m going to go have another long shower.

Time to Take That Shower 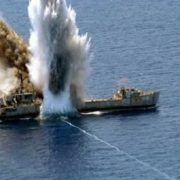 The ?New Normal? Calls for a Lower Market Multiple

The Death of the Mutual Fund
Scroll to top