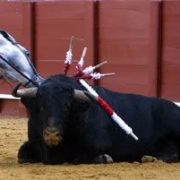 When I first entered the stock business in the seventies, typical equity earnings multiples were in the seven to eight neighborhood. If you performed exhaustive stock screens, which then involved paging through endless reams of 10-k’s, newsletters, and tip sheets printed in impossibly small type, you could occasionally find something at a two multiple, the kind Graham and Dodd wrote about. Anything over ten was considered outrageously overpriced, fit only to be sold on to retail investors. This is when the prime rate was at 6%.

The weakness we saw this week is consistent with my long term view that we are permanently downshifting from a 3.9% to a 2%-2.5% growth rate, and the lower multiples this deserves. I’m convinced that if the circuit breakers had not been installed, we would have been visited by another flash crash last week. If you look at a 30 year range of market multiples, it ranges from 10-22. Given our flaccid growth prospects going forward, I think the new range will be 10-16. It doesn?t make today’s 14 multiple look like such a bargain.