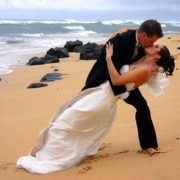 Note to self. Don’t do your midnight pee next to the bear box. They’re called that for a reason. And I’m sorry that my shouting at the hungry, six foot tall black bear standing in front of me, no doubt attracted by my Cheetos, hot dogs, and marshmallows, woke up the campers at the 57 surrounding sites.

Of course it was too dark to find my bear spray. My ursine challenger eventually saw the merit of my logic that the neighbor’s bacon stuffed ice chest was more appealing than me, and lumbered off into the darkness. Such was the conclusion of my camping trip on the California coast last weekend.

I am now dealing with a bear of a different sort, the financial kind. Never have I seen such a disconnect between the markets and the real economy. We have a 4% GDP stock market and a 2% GDP real economy.

All of a sudden the world has gotten expensive. Stock prices have been levitated by vapor in a faith based rally. Cost cutting, not sales growth, has artificially boosted earnings above subterranean forecasts. Commodity prices are now rolling over because of soured speculation and stockpiling and a dearth of real end consumption. This year?s rise has been entirely driven by multiple expansion, from 11 to 14 times earnings. Will this multiple expand further when earnings disappoint, as Alcoa just did with a 69% YOY drop in profits?

I am using the big up days to buy short dated out-of- the-money puts, which if I get things right should double in value. That’s because I keep my favorite quote from John Maynard Keynes pasted to my monitor, ?Markets can remain irrational longer than you can remain liquid.? Sure we’re going down more, but zero interest rates won’t let us crash. Date your short positions, don?t marry them. This is not the big one. For that, you?ll have to wait until next year.