Add this one to the ?WIN? column.

I strapped on this position because I believed that the world was adding risk, expecting major bull moves, once it becomes clear that the multiple disasters now threatening the world don?t actually happen. The list includes war with Syria, the taper, the Bernanke replacement, the debt ceiling crisis, another sequester, yada, yada, yada.? A yen short is one of many ways to achieve this.

This is why US stocks refuse to sell off in any meaningful way. We are setting up for a great ?buy the rumor, sell the news? event. Remember when the first Gulf War started in 1991? Stocks drifted for six months in the run up, then soared once the bombs actually fell. We could be in for another one of those. That would take the yen and the euro to new lows for 2013.

Count on President Obama to draw out the Syria crisis for as long as possible. This gives the message of the coming military action the greatest political impact internationally. It also boosts his own political fortunes at home, leaving the Republicans drifting in the wind. Why be in a hurry to end it? They are now in the uncomfortable position of having to turn pacifist, after supporting Middle Eastern wars with a blank check for the last 11 years.

All of this worked out exactly as expected for our yen short, which is why it expired on Friday at its maximum value. The expiration print of $98.35 cleared our nearest strike of $103 by miles. This added a welcome $1,330 in profits to our $100,000 model trading portfolio for 2013.

On to the next one. 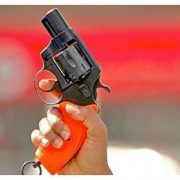