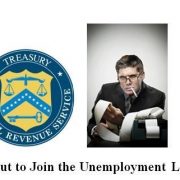 With Hillary Clinton overwhelmingly leading on the polls, and the Republican Party self destructing in the primaries, there is a chance that the next US president will be a woman.

So it is prudent to dust off some of Hillary?s favorite tax plans and figure how much this great leap into the future is going to cost us.

As for me, I am going to have to learn how to enjoy hiking in the High Sierras missing an arm and a leg.

I don?t care if you are still licking your wounds from the last payroll tax rise, or the federal tax hike for millionaires, which in my case took my rate up from 35% to 39.5%, and then 43.3% with the Obamacare add on. At least the capital gains tax is still a steal at 20%.

And then there?s my carried interests.

At $420 billion, the budget deficit is so enormous that bringing it into balance merely through spending cuts is a mathematical impossibility.

If you own your own home, work for a large company, save for your retirement, earn money from capital gains or carried interests, and toss in a check when they pass the dish around at church every Sunday, you are the biggest beneficiary of the current tax system.

Therefore, you are Hillary?s primary target. Check out Clinton?s wish list below, the logic she will use for each one, and the revenues the death of these tax breaks will raise:

$264 billion- Should those without health care subsidize those who receive it for free from their employers? This is the amount raised by taxing company provided health insurance as regular income. Think large banks, oil companies, and yes, hedge funds. Those with plans valued over $10,000 are already being taxed. Expect all of it to get taxed.

$100 billion- Should renters be subsidizing homeowners? Kiss that home mortgage interest deduction goodbye. The more aggressive version of this has the ceiling on deductions dropping to loans of only $500,000.

$100 billion- End the tax deductibility of charitable contributions. Should those who don?t go to church subsidize those who do? In fact, some 90% of this money currently goes to the fine arts patronized by the well off. Universities, churches, and political fund raising will go begging.

$70 billion ? The carried interest treatment of deferred income, originally introduced by President Carter to spur venture capital investment, has evolved into a subsidy for the ?1%?. Both parties now blame it for concentrating too much wealth at the top. This is target number one for everyone. Gosh, it?s been a great run though.

$52 billion- Should those without savings subsidize those salting away money for retirement. This is the argument that will be made to end tax deductibility of 401k contributions. After all, some 60% of the country has no savings whatsoever. This is a stretch, but the talk is out there.

$39 billion- Savings on taxes exempted by the step up in the cost bases for investments inherited by surviving spouses. She doesn?t need that McMansion anyway.

$36 billion- Tax capital gains as regular income. This won?t affect you if you never sell and let your heirs sort out the mess.

Please note that these most draconian measures only raise $656 billion a year, more than wiping out the current budget deficit. But if a special interest group succeeds in preserving any of the preferential treatments above, then you will have to cut Medicare, Medicaid, Social Security, and Defense spending and of course the big one, Obamacare.

In any case, I think it will be politically impossible to get any of these changes through the current congress. An energy tax and a national value added tax are also on the table.

The key to understanding American politics for the next decade is that gridlock will be the winner of any future election. It is highly unlikely that one party will gain control of the presidency and both houses of congress.

So Hillary can propose all she wants, but is unlikely to get anything done. She will be checkmated, much like President Obama has been for the past five years.

So you can climb off that ledge now.

None of these hikes would be necessary if the economy grew at a 4% real rate instead of the present 2-2.5%.

I think this will happen during the 2020?s, thanks to a huge demographic tailwind, no matter which party is in power. This is why tax rates in emerging countries are so impossibly low.

Of course, we could adopt Mary Meeker?s suggestion in her paper on USA, Inc. and eliminate all deductions, raising about $1 trillion a year. That would involve shrinking the Internal Revenue Code from the current 71,000 pages to a single page, and moving to a flat tax system.

The mass unemployment of one million CPA?s and 106,000 internal revenue agents alone would be worth the price.