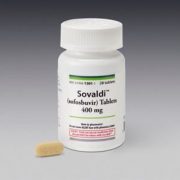 This is a stock that could double by the end of 2015. Buy a great performing stock in the top performing sector on a 10% dip.

The stock has over reacted to an earnings report that was fantastic; but carried conservative forward guidance, based on expected future pricing pressure on its blockbuster Hepatitis C drugs, Sovaldi and Harvini.

I am giving a nod to the current high risk, high volatility environment and being very cautious here buy going with strike prices for the options that are well below the 200-day moving average. A very short, 11 trading day expiration gives us some extra protection.

This position should be able to weather some pretty fierce storms.

If you don?t do options, just buy the shares and sit on them for the rest of the year.

I spoke to a friend of mine who works for a health care venture capital firm, and I thought I?d pass through a few tidbits.

Gilead Sciences (GILD) is basking in the glow of the most profitable drug launch in history. Its treatment for hepatitis C, launched in 2013, inhibits the RNA polymerase that the hepatitis C virus (HCV) uses to replicate its RNA. It traders? parlance, it kills the bug.

The drug is so revolutionary, that it on the scale of medical miracles of decades past, such as Salk vaccine immunizations for polio and penicillin treatments for bacterial infections. So far, Gilead has cured a breathtaking 90% of patients.

Now the company is using various drug combinations that produce even higher success rates with fewer side effects, and may be expended to treat other life threatening diseases. These could take Hepatitis C drug sales as high as $15-$18 billion in 2015.

A big controversy has been its immense cost, which works out to $84,000-$135,000 per patient. This has become a bigger issue with the advent of Obamacare, now that the government is picking up much of the tab.

But, that?s a bargain compared to full treatment of the disease, which can run as high as $350,000 per patient. That is, unless you don?t care if you die.

Partly in response to these complaints, the company is making the drug available at deep discounts in 91 emerging nations that account for 50% of all Hepatitis C cases globally. What it loses on margins there it will make back in volume.

With any luck, we may see hepatitis C wiped out in my lifetime, as I have already seen with smallpox (I saw some of the last few live cases in kids in Nepal in 1976).

All of this makes the stock appear a bargain at its current $99.01 price. At a multiple of a subterranean 11X earnings, the stock should hit $140 next year.

You all know that health care is one of my three core industries to bet on for the long term (there others are energy and technology).

The short-term driver of the share price for (GILD) is obviously whether the health care sector is in, or out of vogue. But for the long term Gilead looks like a good bet to me.

And I don?t even have hepatitis, or Ebola. 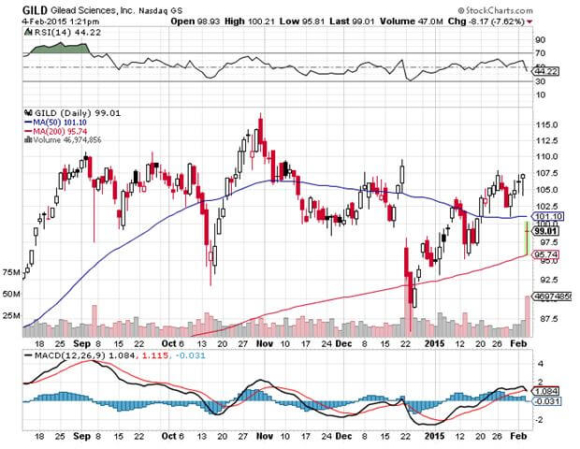 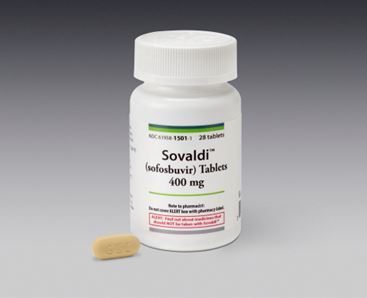 Time for Another Dose of Gilead Sciences 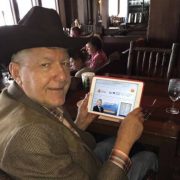 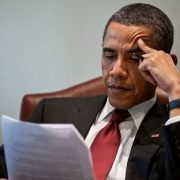 How Obamacare Will Boost Your Portfolio

Trading Devoid of the Thought Process
Scroll to top