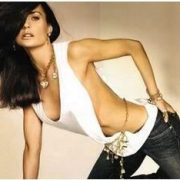 According to the New York Times, Simon Baker, star of the TV show ?The Mentalist?, is using the Diary of a Mad Hedge Fund Trader as a resource to humanize Wall Street traders in the upcoming film entitled ?Margin Call? (click here to read the review). This is not an easy task, as the public generally considers denizens of the pit as greedy, soulless, money-grubbing monsters, difficult to empathize with in any setting.

The star-studded thriller includes Kevin Spacey, Demi Moore, and Jeremy Irons, and focuses on a 24-hour period during the height of the financial crisis at a fictional Wall Street bank. No doubt, the producers hoped to ride on the coattails of Oliver Stone?s sequel to the classic film, Wall Street.

As with the last film, the great industry guessing game is identifying who and which institutions in real life are being portrayed. The film was released last fall to mixed reviews. This, I must see. Hey Kevin, baby, have your people call my people and let?s do lunch! To buy the DVD on Amazon, please click here.

The Falling Market for Kids
Scroll to top