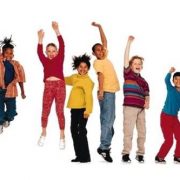 Until the 19th century, children used to provide income and security for their parents as they worked on the family farm. That dynamic continued when industrialization brought families into the cities and kids into the factories.

Since then, children have been a great short. A hundred years of state mandated education and child labor laws increased the cost of raising children while reducing their income potential. Today many offspring stay in increasingly expensive schools until their mid-twenties without earning a dime of income.

A century ago, 10 children were a godsend. Today they would be ruinous. Spending on children has flipped from an investment to conspicuous consumption. I count myself in the latter category, as I have five kids of my own. The cost of children is proving to be the most effective form of birth control. The problem is that it is working too well, as fertility rates are collapsing in all parts of the globe, except in the Islamic world.

The World Bank expects the global population to jump by 2 billion to 9 billion by 2050, and then flatten out. The big question for all of us: what does a zero population growth mean for the economy, which until now has always been driven on an endlessly rising number of consumers? How soon will financial markets start to discount its implications, whatever they are? Expect to hear a lot more about this issue.

The Bitter Medicine for the States
Scroll to top