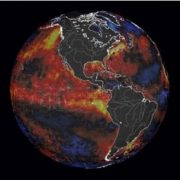 There is enormous excitement among climate scientists these days, and it has nothing to do with global warming.

Sophisticated computer models say there is a 50/50 chance that the coming winter will be driven by the El Ni?o effect. It could hit as early as September.

The potential consequences for your trading and investment portfolio are huge.

The Australian Bureau of Meteorology (http://www.bom.gov.au/climate/enso/) has even gone as far as to predict that this will be a very big El Ni?o year, the kind that occurs only twice a century. The last two major events occurred in 1982-1983 and 1997-1998.

That emergency caused $550 million worth of damage in California alone.

These tumultuous weather events are caused by a differential in Pacific Ocean temperatures off the west coast of South America, in what is called the ?El Ni?o Southern Oscillation Zone.?

The implications of an El Ni?o winter are global in scale.

Australia will almost certainly face a severe drought, destroying much of the grasslands on which the nation?s livestock industry depends.

You can also expect the wheat crop there to fail, as irrigation is rarely used in Australia to cut costs.

The drought could extend to India, reducing crops for grain, rice, sugar, and cotton. As Indian incomes fall, the gold market could be impacted, as the country is the largest buyer of the precious metal.

El Ni?o also decimates the annual anchovy catch in South America, which competes in the international markets with soybean meal.

El Ni?o?s bring mosquito booms and the diseases they cause, bringing sudden epidemics for Malaria and Dengue fever. If you?re headed to Latin America this year, be sure to get your shots and take your pills.

The opposite effects occur in the Northern hemisphere, with El Ni?o bringing torrential downpours.

I remember the last one all too well.

In 1998, I led a troop of Boy Scout volunteers to fill sand bags to save a levee in California?s Central Valley. We returned two days later, covered from head to toe in mud and exhausted, living on granola bars.

This time around, El Ni?o would be welcomed by the Golden State with open arms, as it would bring to an end a four-year drought, the most severe in history. Everyone here is now subject to strict water rationing and hefty fines for water hogs.

Indeed, when I was recently in Las Vegas, I couldn?t help but notice that the tap water at the Bellagio Hotel had become undrinkable.

The water level in nearby Lake Mead is now so low that it has fallen below the intake pipes for the city. The hotel was unable to resupply bottled water in the shops fast enough.

For the trading universe, this could all finally bring the long bear market in agricultural commodities to an end. Whether there is too little rain, or too much, abnormal weather of any kind brings plummeting crop yields, and higher prices.

I have grown so weary of reporting new multi year lows for a whole range of prices that I have considered eliminating Agriculture section from my biweekly global strategy webinars.

The term ?El Ni?o? translates from Spanish as the ?Christ Child?. It is so named because the event was first discovered in South America just before Christmas about 50 years ago.

They have been occurring throughout human history. The crop failures they brought are thought to be responsible for the collapse of several pre Columbian civilizations. One historian even posits that it was a major cause of the French Revolution in 1789.

El Ni?o?s are also legendary for bringing enormous snowfalls in the High Sierras during the winter. While a student, I was working a part time job at the Mammoth Mountain ski resort in California when a legendary one hit in 1968.

An incredible 35 feet of snow fell in one weekend. Entire buses were buried and lost in the storm. I spent a week helping trapped people dig out from that one.

There is one big catch to all of these prognostications, as there always is. El Ni?o winters have been predicted in the past and not shown up, most recently two years ago. After all, models are just models, not certainties.

Betting on the weather can be hazardous to your wealth.

Besides the trading opportunities, an El Ni?o would make the coming ski season up here at Lake Tahoe look pretty good. I am shopping for new equipment already. 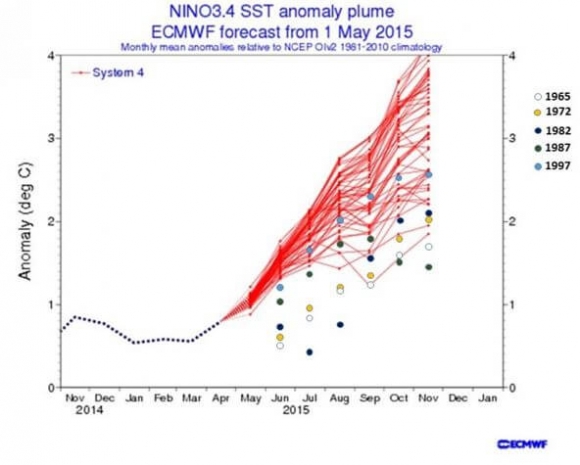 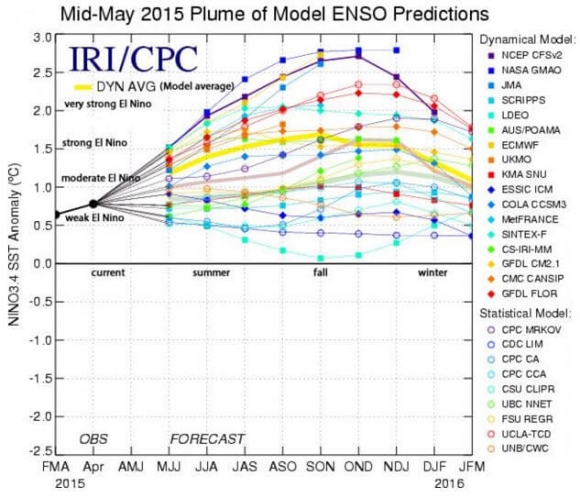 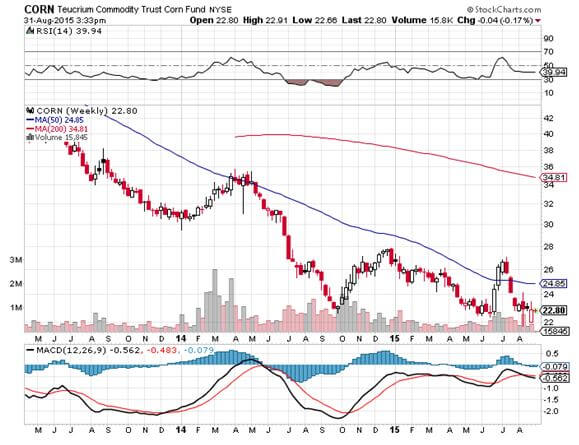 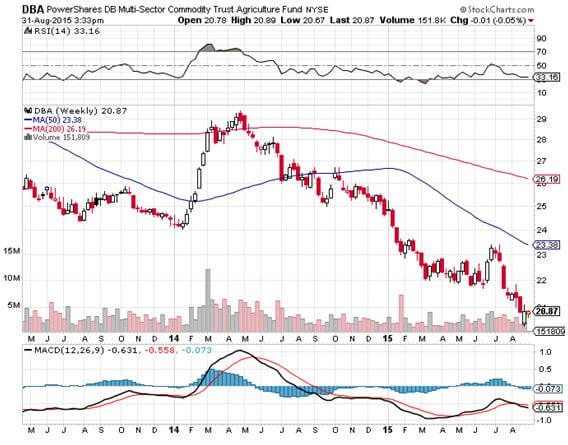 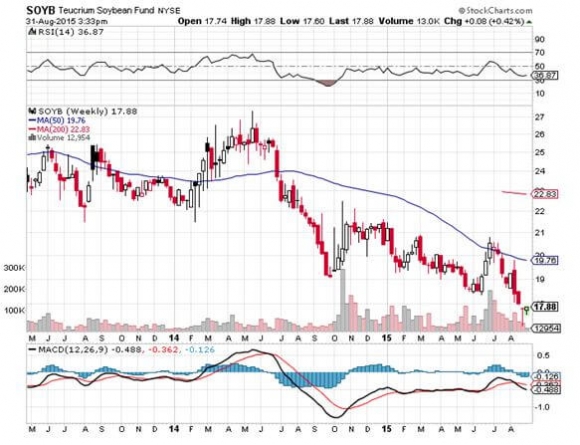 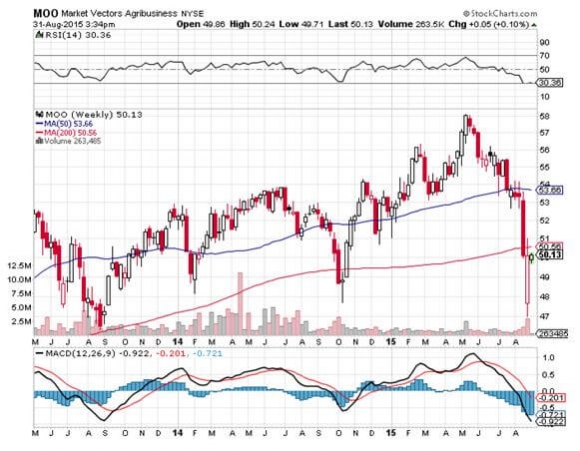 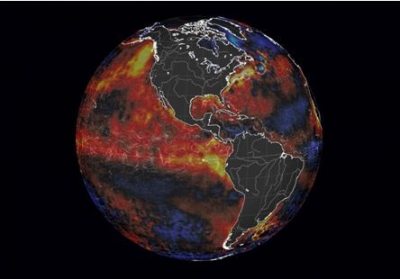 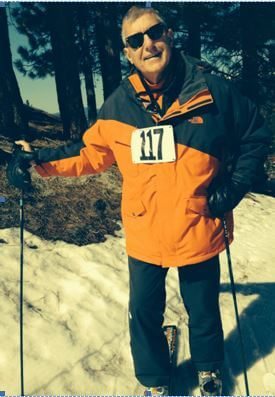 The Bear Market That Isn?t
Scroll to top