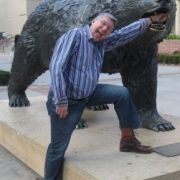 It is often said that the stock market has discounted 18 out of the last six recessions.

It has just discounted one of those non-recessions.

The furious, violent, gut-wrenching 3,000-point nosedive we suffered in the Dow Average during August 19-24 essentially amounted to an entire bear market on its own.

Could the market be discounting a Trump presidential win?

What left long time market observers even more perplexed, befuddled, and confused was to see the average claw back 1,500 points of this loss in a mere two days. Blink, and you missed it.

After crashing down, the stock market then crashed up, or un-crashed.

Maybe this is the way the world is now, thanks to Internet trading and high frequency traders? Two years of trading compressed into a week? Now we know what happens when they don?t unplug their machines.

In a heartbeat, all 19 presidential contenders blamed President Obama for the melt down, the inevitable consequence of his failed economic policies. So did he get credit for the rally that followed? Or the six-year bull market that preceded?

I don?t think so.

Of course, the President is clueless about the reasons for stock moves, be they up or down. They are simply not of his world.

That?s fine with me, as long as I know what the new game is.

One thing I can absolutely assure you of is that there is no recession to be seen anywhere on the horizon.

It is not unusual to see bear markets without accompanying recessions, especially six years into the current cycle.

Historically, bear markets outnumber recessions by three to one. You don?t get real, down and dirty, prolonged bear markets without recessions, just brief trading corrections.

With the plethora of positive economic data splayed out before me, it is impossible to believe that the awful price action will last more than a few more weeks or months.

I?m sorry, but 3.7% quarterly GDP growth, what we saw in the quarter just closed, is just not what truly ursine trading conditions are made of. The bear is just stopping by for a nibble. He is not here for a ten course, non-vegetarian feast.

There are some target dates for the end of the current bout of volatility to keep in mind.

A big one is the Federal Reserve September 17 meeting, when my friend Janet decides whether to raise interest rates by a pittance of ?%, or wait three more months. Sorry, no hints here.

A second is November 1, when we leave the traditional October stock market crashes behind us and enter what has for the last 70 years been six months of seasonal strength.

I truly believe that bull market has at least three years to run, and possibly more, before it gets euthanized by a real recession.

This is the prediction that I have been hammering away at listeners with at my many speaking engagements, webinars, and global strategy luncheons all year.

This is why prices snapped back so fast. More would have bought if they had been fast enough. Remember, most institutions move at a glacial pace compared to us traders.

There are only four possible causes of a recession from here:

1) Corporate earnings fall. But they are in fact increasing at a respectable pace.

2) Stocks become overvalued. However, 13X is in the bottom end of its historic earnings multiple range. Many of the largest firms are trading at big market discounts. Apple (AAPL) is the prime example, is the most widely owned stock in the world, and sells at a very modest 9X current cash earnings.

During the 2000 dotcom bubble top, Apple sold for 34X earnings (which today would value the company at a staggering $2.4 trillion, or 14% of US GDP!).

3) A hostile Federal Reserve would certainly take the punch bowl away. With deflation running amok globally, it is unlikely that the Fed moves this year. When they do, the action will be barely imperceptible.

4) A geopolitical crisis would certainly throw a spanner in the works. These are un forcastable, and all the current ones (ISIS, Iran, Syria, Afghanistan, and the Ukraine) are inconsequential.

Bear markets don?t arise from an immaculate conception, but a visible turn in the economic data flow. Given that, of the hundreds of data points I track on a weekly or monthly basis, not a single one is pointing towards recession.

That said, the market historically peaks an average of seven months before every recession. Stock markets also rise an average of 30 months after the first Fed rate hike, taking in a typical 9.5% in the first year, which brings us to my three year upside target.

Don?t get too excited. The 20% annual gains seen over the past three years are now firmly in the year view mirror. The years ahead are more likely to bring a couple of yards forward and a cloud of dust, much like we have witnessed so far in 2015.

I am urging clients to take the most negative stance possible regarding their bond holdings. That means shorting duration (maturities), and moving up the credit curve. Shorter and safer is the way to go.

Avoid junk bonds like the plague, which until recently, were among the most overvalued in history.

A 2% GDP growth rate and a 2% inflation rate should give us a 4% yield on ten year Treasury bonds, not the lowly 2.17% we see on our screens today.

Where do we hide out in the meantime?

At long, long, last gold (GLD) and silver (SLV) appear to have returned from the dustbin of history and regained their flight to safety bid.

I think it is more about the enormous short covering rally going on in oil USO), which is dragging up commodities of every color. 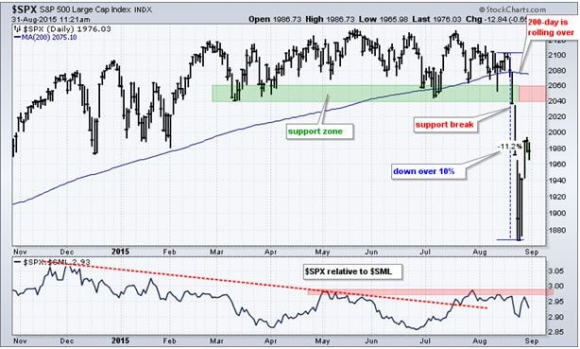 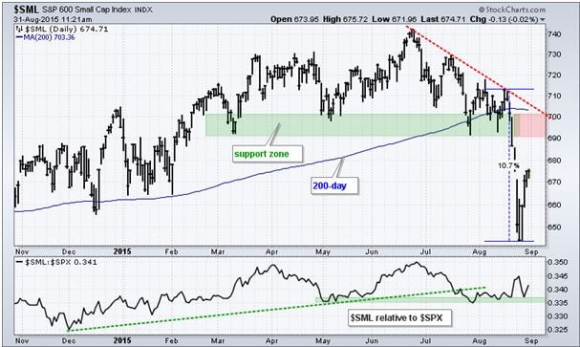 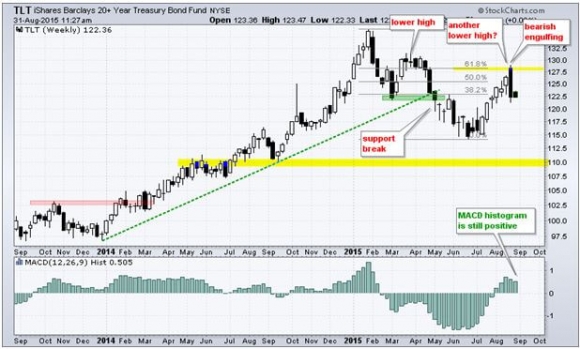 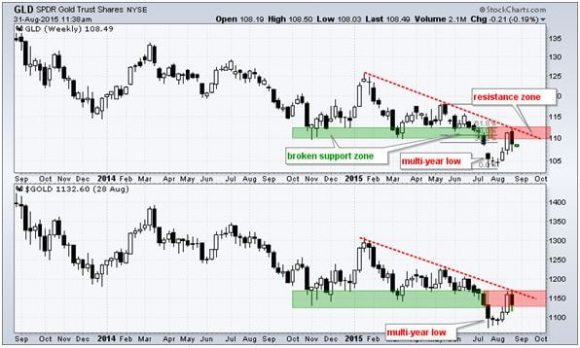 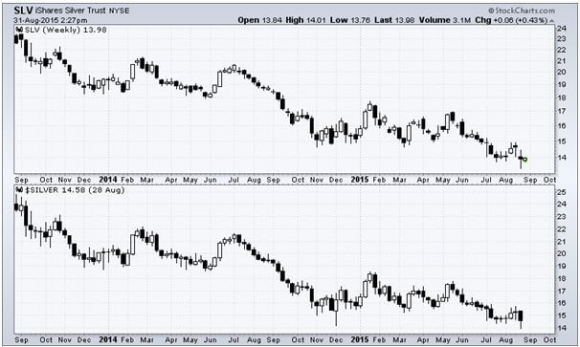 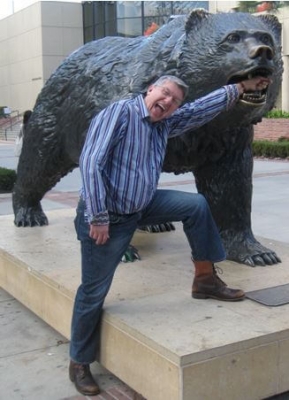 A Nibble is Better Than a Bite

How an El Ni?o Winter Will Affect Your Portfolio