Not a day goes by when someone doesn’t ask me about what to do about Apple (AAPL).

After all, it is the world largest company. It is the planet’s most widely owned stock. Almost everyone uses their products in some form or another.

So, the widespread interest is totally understandable.

Apple is a company with which I have a very long relationship. During the early 1980s, I was ordered by Morgan Stanley to take Steve Jobs around to the big New York Institutional Investors to pitch a secondary share offer for the sole reason that I was one of three people who worked for the firm who was then from California.

They thought one West Coast hippy would easily get along with another. Boy, were they wrong. It was the worst day of my life. Steve was not a guy who palled around with anyone.

Today, some 200 Apple employees subscribe to the Diary of a Mad Hedge Fund Trader looking to diversify their substantial holdings. Many own Apple stock with an adjusted cost basis of under $5. Suffice it to say, they all drive really nice Priuses.

And here is the take: You didn’t want to touch the stock during the last quarter of 2018.

And here’s why. Apple is all about the iPhone which accounts for 75% of its total earnings. The TV, the watch, the car, iPods, the iMac, and Apple pay are all a waste of time and consume far more coverage than they are collectively worth.

The good news is that iPhone sales are subject to a fairly reliable cycle. Apple launches a major new iPhone every other fall. The share price peaks shortly after that. The odd years see minor upgrades, not generational changes.

Just like you see a big pullback in the tide before a tsunami hits, iPhone sales are flattening out. This is because consumers start delaying purchases in expectation of the introduction of the iPhone 7 in September 2016 with far more power, gadgets, and gizmos.

Channel checks, however dubious these may be, are already confirming the slowdown of orders for iPhone-related semiconductors from suppliers you would expect from such a downturn.

So during those in-between years, the stock performance is disappointing. 2018 certainly followed this script with Apple down a horrific 30.13% at the lows. Maybe it’s a coincidence, but that last generation in Apple shares in 2015 brought a decline of, you guessed it, exactly 29.33%.

The coming quarter could bring the opposite.

After March, things will start to get interesting especially post the Q1 earnings report in April. That’s when investors will start to discount the rollout of the next iPhone seven months later.

After all, I am such a conservative guy with my predictions.

Even at that price, it will still be one of the cheapest stocks in the market on a valuation basis which currently trades at a 14X earnings multiple. The value players will have no choice to join in, if they’re not already there.

The bull case for Apple isn’t dead, it is just resting.

The China business will continue to grow nicely once we get through the current trade war. Their new lease program promises to deliver a faster upgrade cycle that will allow higher premium prices for their products. That will bring larger profits. 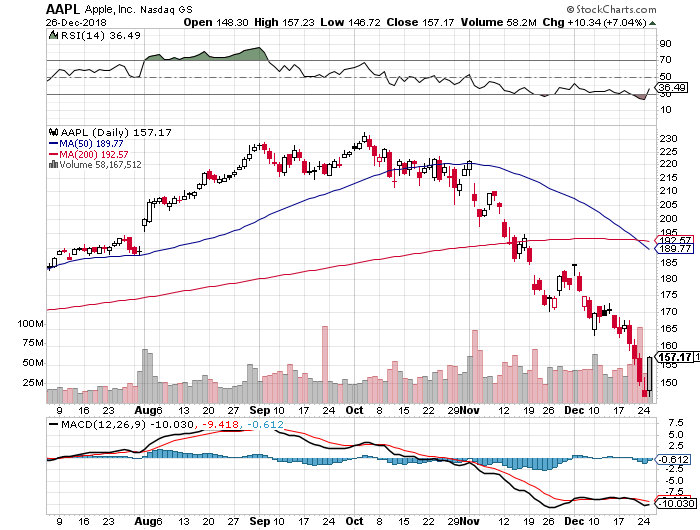 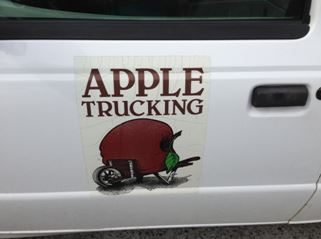 Is an Apple Short the Trade of the Year?