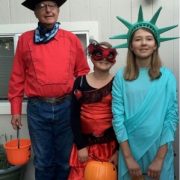 So who will win the contest of the century?

The nation is sitting on the edge of its seats and holding its collective breath.

No, I?m not talking about the presidential election, dummy!

I?m referring to the World Series, and whether the Chicago Cubs will break a 108-year losing streak.

Welcome to the best trading week of the year.

Yes, historically, the first trading week of November has the highest year-on-year return of any week of the year, based on data going back 70 years.

You know that ?Sell in May and go away? thing? The flipside is ?Buy in November and hold until May? which kicks in tomorrow.

This is the six months of the year that, for the past seven decades, have delivered the ENTIRE positive return for US equity investment.

Except that this time, a certain development which occurred last Friday may turn this precedent upside down.

That would be a new batch of emails.

That?s just what the Clinton campaign DIDN?T want to hear 11 days before the presidential election.

Stocks sold off, but recovered when it was learned that the source was Anthony Weiner, the infamous and disgraced ?sexting? former congressman.

So what are we looking for here? Dirty pictures?

I know for sure that Weiner and his wife are NOWHERE on the security clearance ladder, so it’s highly unlikely that they have anything of consequence.

I doubt it will change a single vote.

After pounding away on the email issue all day, every day for a year, Donald Trump has exhausted the issue. We all have hardened scar tissue on our nerve endings regarding this matter.

A Clinton win is a done deal. At least the stock market thinks so. Notice how the health care and energy sectors got hammered on Friday while the general market selloff was over in minutes.

These politically sensitive, high beta sectors would be rocketing if investors thought The Donald was about to occupy the White House.

Listen to what the stock market is telling you.

Still, all are bracing for the newest revelations about both candidates in the final week before the election.

The Clinton bombshell is now out. What will the next Trump bombshell look like?

With the national election decided, look for Californians to focus on local initiatives.

The state-issued voter guide is a positively wrist breaking 224 pages (I read the whole thing).

With all the excitement of the technology earnings now behind us, the coming week is likely to be more sedentary on the reporting front.

Although no one knows it, we have a Federal Reserve Open Market Committee (FOMC) Meeting this week where they are expected to do exactly nothing. The fireworks aren?t expected to happen until mid December.

And, yikes, we get the Nonfarm Payroll Report on Friday.

Traders will certainly be earning their crust of bread this week.

Monday, October 31st at 9:45 AM EST, we get the Chicago Purchasing Managers Index.

That night, millions of trick or treaters will be canvassing the country foraging for free candy.

On Tuesday, November 1st at 9:00 AM EST we get a new update on the ISM Manufacturing Index. Given last week?s sharp GDP upgrade, the report should be interesting, to say the least.

On Wednesday, November 2nd at 2:00 PM EST, the Federal Reserve announces its interest rate decision. We should also pay careful attention to the EIA Petroleum Status Report, due out at 10:30 AM EST.

Thursday, November 3rd, we learn the PMI Services Index at 9:45 AM EST, following the Weekly Jobless Claims at 8:30 AM.

On Friday, November 4th at 8:30 AM EST we get the October Nonfarm Payroll Report. I am expecting a print around 200,000, but we could run hotter, given the recent GDP report.

1:00 PM delivers us the Baker Hughes Rig Count. Worryingly for oil producers, the trend has been up for the past 17 out of 18 weeks.

Good luck going door to door tonight. You never know who you might run into. 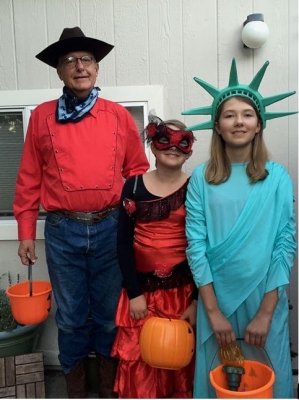 Please Search My Free Data Base