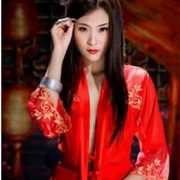 Any doubts that China?s Yuan is a huge screaming buy should have been dispelled when news came out that exports have once again started to surge, thanks to the recovery of its largest customer, Europe.

Interest rate rises for the Yuan and a constant snugging of bank reserve requirements by the People?s Bank of China, have stiffened the backbone of the Middle Kingdom?s currency even further.

That is the price of allowing the Federal Reserve to set China?s monetary policy via a semi fixed Yuan exchange rate.

The last really big currency realignment was a series of devaluations that took the Yuan down from a high of 1.50 to the dollar in 1980. By the mid-nineties, it had depreciated by 84%. The goal was to make exports more competitive. The Chinese succeeded beyond their wildest dreams.

There is absolutely no way that the fixed rate regime can continue and there are only two possible outcomes. An artificially low Yuan has to eventually cause the country?s inflation rate to explode. Or a future global economic recovery causes Chinese exports to balloon to politically intolerable levels. Either case forces a revaluation.

Of course timing is everything. It?s tough to know how many sticks it takes to break a camel?s back. Talk to senior officials at the People?s Bank of China and they?ll tell you they still need a weak currency to develop their impoverished economy. Per capita income is still at only $6,000, less than a tenth of that of the US. But that is up a lot from a mere $100 in 1978.

Talk to senior US Treasury officials and they?ll tell you they are amazed that the Chinese peg has lasted this long. How many exports will it take to break it? $1.5 trillion, $2 trillion, $2.5 trillion? It?s anyone?s guess.

One thing is certain. A free floating Yuan would be at least 50% higher than it is today, and possibly 100%. In fact, the desire to prevent foreign hedge funds from making a killing in the market is not a small element in Beijing?s thinking.

The Chinese government says it won?t entertain a revaluation for the foreseeable future. The Americans say they need it tomorrow. To me that means it?s coming.

Buy the Yuan ETF, the (CYB). Just think of it as an ETF with an attached lottery ticket. If the Chinese continue to stonewall, you will get the token 3%-4% annual revaluation they are thought to tolerate. Double that with margin, and your yield rises to 6%-10%, not bad in this low yielding world. Since the chance of the Chinese devaluing is nil, that beats the hell out of the zero interest rates you now get with T-bills.

If they cave, then you could be in for a home run. 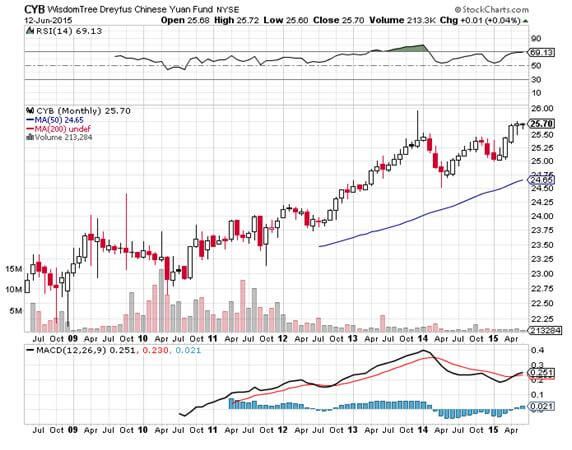 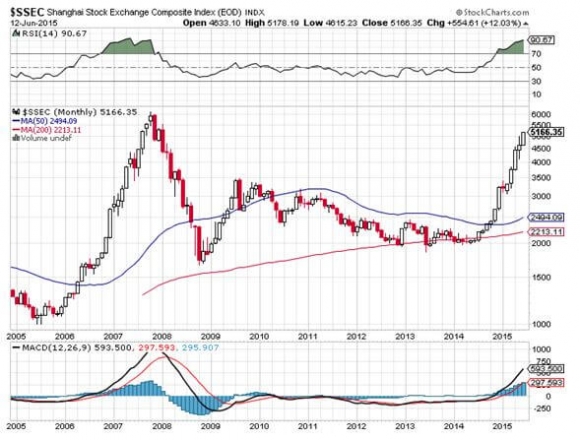 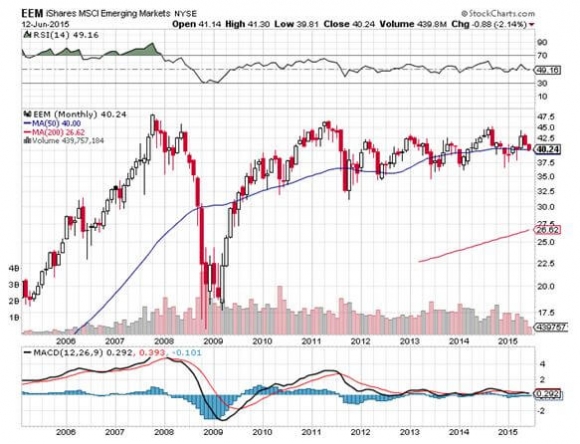 Ready for a Long Term Relationship with China?