In one sense, there is a relative risk premium present in the price of cryptocurrency assets because of the nature of it being an alternative from the grubby hands of sovereign governments.

If you remember correctly, the crypto diehards, on one side, labeled government and the fiat monetary system that practically controls the world we live in, an unmitigated disaster.

Ironically, the sovereign nations, in turn, pointed the finger at crypto assets attaching derogatory labels to them such as fraudulent devices or Ponzi schemes.

Over the course of the tech boom, crypto assets have transformed into an indirect store of wealth precisely because of the poor governance happening in large swaths of the world.

I believe more chaos erected by splinter or extreme groups that topple government will herd new adopters into crypto assets, and these aren’t just criminal entities looking to conceal capital.

Your average joe has a legitimate use case for this type of currency.

For example, imagine a category of countries similar to North Korea and Venezuela or even Iran.

Emerging nations where currencies have crashed like Turkey’s as well attached with populaces who have lost all sense of conviction behind their government and the economic platform they serve.

According to a survey, 81% of the global population has never bought cryptocurrencies, while only 10% of respondents said they “fully understand how cryptocurrencies work.”

The addressable market is unimaginably large but still uninformed.

This can slowly change if the external forces exist, driving the adoption of digital assets perpetuates.

Look at most emerging currencies around the world and the charts are hideous.

Take the fringes of Europe next to the Caspian Sea, an oil rich nation of Azerbaijan that has mismanaged its economy on a grand scale.

Fueled by the flames of corruption and the misallocation of resources, the currency has imploded from 0.8 Manat to 1 USD to over 1.7 Manat to 1 USD, representing depreciation of over 100%.

There are worse examples out there.

Not only is Azerbaijan going through the gauntlet, there are scores of nations in the same exact position whose populace do not trust their economic system nor their national currency and would rather build a stash of digital assets they know they can access.

The global super nations are in the midst of a giant trade war specifically about trade and technology, the chaos and dispersion companies are going through legitimizes digital currencies even more than the Obama days when everything related to geopolitics was pacifistic.

Now when you turn on the tube, news wires of the U.S. flirting with a strike on Iran, along with the trade fights against China, India, Canada, Mexico, and Japan all scream that governments have gone off their rocker and the currencies pegged to their prospects.

This all means buy crypto currency if this climate persists.

The early stages of cryptocurrency adoption have been somewhat painful.

Security is one disclaimer as many crypto markets have been hijacked and gutted by hackers.

However, as the currency and the markets they trade in become more mature, I do believe the security will ameliorate and some of these critical questions will be addressed.

Bitcoin is up around 200% this year and effectively a vote of no confidence on the terrible state of governance at not only the highest level but also the central banks of the world.

If U.S. President Donald Trump wins a second term as the commander and chief, then I would expect bitcoin and other assets that benefit from a scarcity of digital supply to inflate substantially.

Now, that was the non-sovereign bull case for digital currency.

Let’s take this a step further with official assets under the umbrella of sovereign nations migrating towards the world of digital currencies.

Legitimizing digital payments was one of the unintended consequences of Facebook’s Libra.

When a mammoth company that is actively traded on the public markets in New York, which is supported by sovereign governments, plans to create a giant digital wallet propping up the business as a cryptocurrency, it undercuts the government’s argument that crypto assets are nothing more than a digital heist.

However, I do not buy the argument that Libra users will be more prone to double dipping with Bitcoin or Ethereum along with their dollar equivalent Libra coins.

There is no way I can envision a trader holding a fund of 100% Ethereum and converting it over to Libra to buy a pizza on a Friday night.

The bull case that correlates the creation of Libra with more bitcoin and Ethereum volume and adoption is false.

I still believe there is only a 30% chance that Facebook can get this off the ground because they are one of the least trusted tech companies in the country.

In fact, people only use Facebook because there is a lack of an alternative, and employees in corporate America feel like their hands are tied because of the need to stay in touch with former colleagues and usually the only method is by Facebook.

If the government offers a superior option to Facebook, then I believe users would quit the platform in droves.

But I do believe Facebook taking the initiative to launch Libra means that crypto assets will arrive in some shape and form in the near future but not from Facebook.

It effectively hastens the mainstream adoption and integration of the idea of mainstream crypto assets along with the many other catalysts that I mentioned.

And if the Fed craters to the administration and doubles down on its rate cuts, we could eventually find ourselves in a world with zero or close to zero rates.

In a mad world with the insatiable search for yield, cryptocurrencies would benefit from these types of low rates because the prices of everything from real estate, equities, and bonds would skyrocket forcing investors to consider options with elevated risk.

The next risk level out are digital assets and I can envision a world where creditworthy investors are borrowing capital at 0% and funneling it into a crypto portfolio to find that extra beta.

Could this be the new normal for private equity? 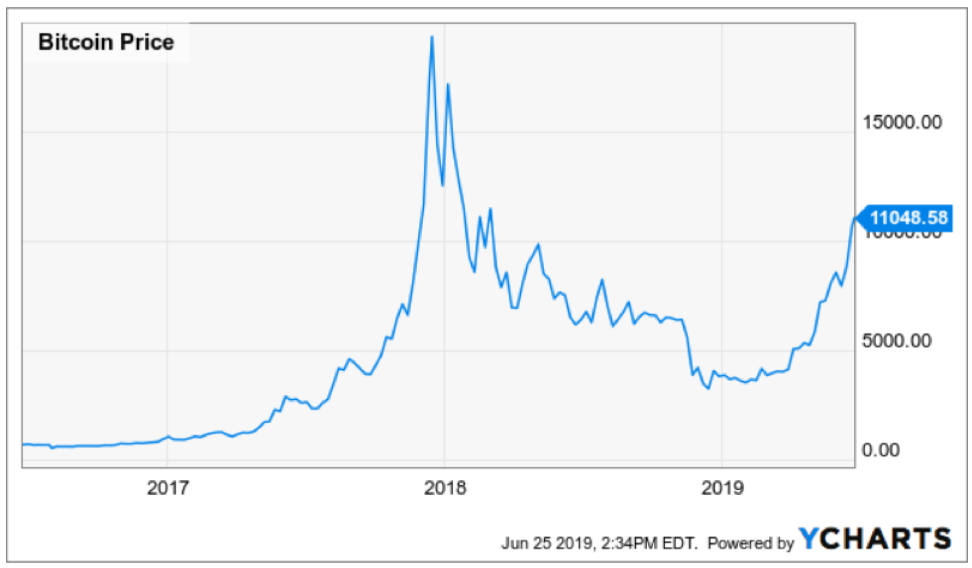 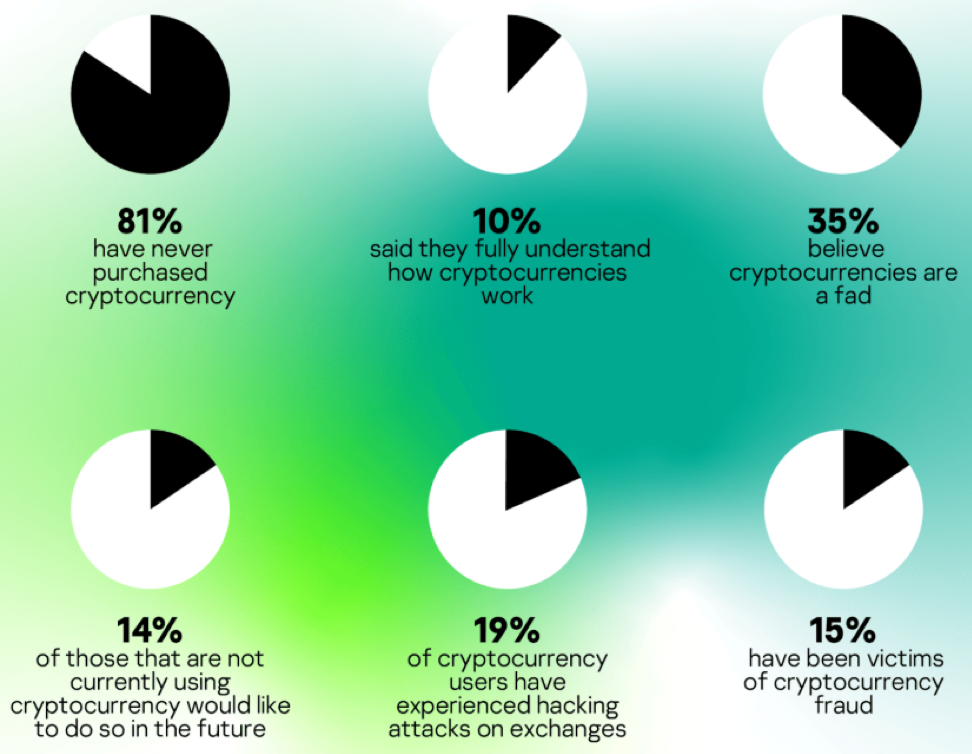 Featured Trade:
(WHY YOU SHOULD AVOID THE CRYPTOCURRENCIES LIKE THE PLAGUE),
(BITCOIN), (GLD),
(TESTIMONIAL)