FOR PAID SUBSCRIBERS ONLY The most significant market development so far in 2019 has not been the wild gyrations of Bitcoin, the nonstop rally in tech stocks (SPY), or the rebound of gold (GLD).

It has been the recent strength of the bond market (TLT), which a few months ago was probing one-year highs.

I love it when my short, medium, and long-term calls play out according to script. I absolutely hate it when they happen so fast that I and my readers are unable to get in at decent prices.

That is what has happened with my short call for the (TLT), which has been performing a near-perfect swan dive since August.

The yield on the ten-year Treasury bond has soared from 2.44% in August to an intraday high of  2.95% weeks ago.

Lucky borrowers who demanded rate locks in real estate financings at the end of September are now thanking their lucky stars. We may be saying goodbye to the 3% handle on 5/1 ARMS for the rest of our lives.

This is crucially important for financial markets, as interest rates are the wellspring from which all other market trends arise.

And while tax cuts are terrible for bonds, they are unbelievably great for stocks. To use Warren Buffet’s characterization, chopping the corporate tax rate from 35% to 21% means your take-home has risen from 65% to 79%, an eye-popping increase of 21.54%.

That means the value of US stocks jumped by 21.54% overnight when the calendar turned the page from December 2017 to January 2018. No wonder the market has gone up every day!

But longer term, and I’m thinking 18 months, rising interest rates trigger recessions and bear markets. So, make hay while the sun shines, and strike while the iron is hot.

Wiser thinkers are peeved that the promised bleeding of federal tax revenues is causing the annual budget deficit to balloon from a low of a $450 billion annual rate last year to $1.2 trillion this year. Add in the bond sales from the Fed’s quantitative tightening and you get true government borrowing of $1.8 trillion for 2019. It will all end in tears.

As rates rise, so does the debt service costs of the world’s largest borrower, the US government. The burden will soar in a hockey stick-like manner, currently at 4% of the total budget.

What is of far greater concern is what the tax bill does to the National Debt, taking it from $20.5 trillion to $30-$40 trillion over the next ten years. If we get the higher figure, then we are looking not at another recession, but a real 1930s style depression rallies.

Better teach your kids to drive for UBER early as they are the ones who are going to have to pay off this gargantuan debt.

So what the heck are you supposed to do now? Keep selling those bonds, even the little ones. It will be the closest thing to a rich uncle you will ever have, if you don’t already have one.

Make your year now because the longer you put it off, the harder it will be to get. 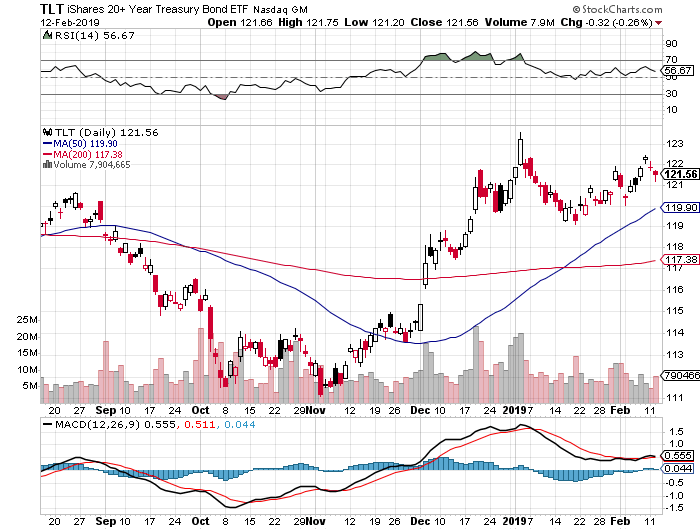 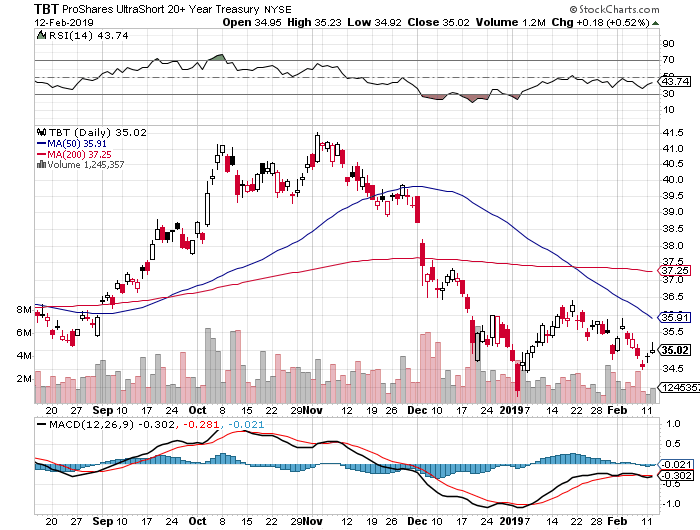 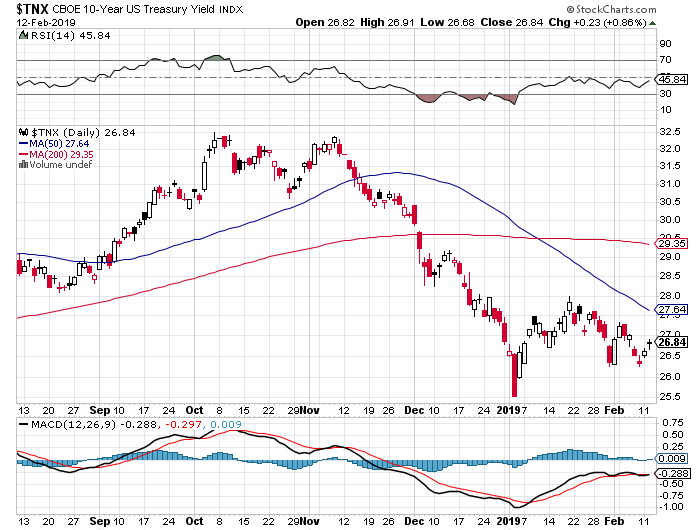 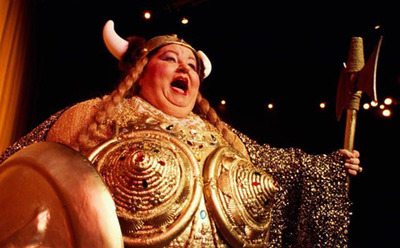 (WHATEVER HAPPENED TO THE GREAT DEPRESSION DEBT?)
($TNX), (TLT), (TBT) 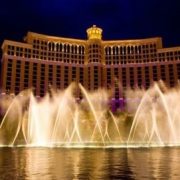 When I was a little kid during the early 1950s, my grandfather used to endlessly rail against Franklin Delano Roosevelt.

The WWI veteran, who was mustard-gassed in the trenches of France and was a lifetime dyed-in-the-wool Republican, said the former president was a dictator and a traitor to his class who trampled the constitution with complete disregard.

Republican presidential candidates Hoover, Landon, and Dewey would have done much better jobs.

What was worse, FDR had run up such enormous debts during the Great Depression that would ruin not only my life but my children’s as well.

As a six-year-old, this disturbed me deeply as it appeared that just out of diapers, my life was already going to be dull, brutish, and pointless.

Grandpa continued his ranting until a three-pack a day Lucky Strike non-filter habit finally killed him in 1977.

He insisted until the day he died that there was no definitive proof that cigarettes caused lung cancer even though during his war, they referred to them as “coffin nails.”

He was stubborn as a mule to the end. And you wonder who I got it from?

What my grandfather’s comments did do was spark in me a lifetime interest in the government bond market, not only ours, but everyone else’s around the world.

So, whatever happened to the despised, future-destroying Roosevelt debt?

In short, it went to money heaven.

And here, I like to use the old movie analogy. Remember when someone walked into a diner in those old black and white flicks, checked out the prices on the menu on the wall. It says “Coffee: 5 cents, Hamburgers: 10 cents, Steak: 50 cents.”

That is where the Roosevelt debt went.

By the time the 20 and 30-year Treasury bonds issued in the 1930s came due, WWII, Korea, and Vietnam happened, and the great inflation that followed.

The government, in effect, only had to pay back 10 cents on the dollar in terms of current purchasing power on whatever it borrowed in the thirties.

Who paid for this free lunch?

In the end, it was the risk avoiders who picked up the tab. This is why bonds became known as “certificates of confiscation” during the seventies and eighties.

This is not a new thing. About 300 years ago, governments figured out there was easy money to be had by issuing paper money, borrowing massively, stimulating the local economy, creating inflation, and then repaying the debt in devalued future paper money.

Ever wonder how the new, impoverished United States paid for the Revolutionary War?

It issued paper money by the bale, which dropped in purchasing power by two thirds by the end of conflict in 1783. The British helped too by flooding the country with counterfeit paper Continental money.

Bondholders can expect to receive a long series of rude awakenings sometime in the future.

No wonder Bill Gross, the former head of bond giant PIMCO, says will get ashes in his stocking for Christmas next year.

The scary thing is that, eventually, we will enter a new 30-year bear market for bonds that lasts all the way until 2049. However, after last month’s frenetic spike up in bond prices, and down in bond yields, that is looking more like a 2022 than a 2019 position.

This is certainly what the demographics are saying, which predicts an inflationary blow-off in decades to come that could take short term Treasury yields to a nosebleed 12% high once more.

That scenario has the leveraged short Treasury bond ETF (TBT), which has just cratered down to $23, double to $46, and then soaring all the way to $200.

If you wonder how yields could get that high in a decade, consider one important fact.

The largest buyers of American bonds for the past three decades have been Japan and China. Between them, they have soaked up over $2 trillion worth of our debt, some 12% of the total outstanding.

So, who becomes the buyer of last resort? No one, unless the Federal Reserve comes back with QE IV, V, and VI. QE IV, in fact, has already started.

There is a lesson to be learned today from the demise of the Roosevelt debt.

It tells us that the government should be borrowing as much as it can right now with the longest maturity possible at these ultra-low interest rates and spending it all.

With real inflation-adjusted 10-year Treasury bonds now posting negative yields, they have a free pass to do so.

In effect, the government never has to pay back the money. But they do have the ability to reap immediate benefits, such as through stimulating the economy with greatly increased infrastructure spending.

Heaven knows we need it.

If I were king of the world, I would borrow $5 trillion tomorrow and disburse it only in areas that create domestic US jobs. Not a penny should go to new social programs. Long-term capital investments should be the sole target.

The projects above would create 5 million new jobs quickly. Who would pay for all of this in terms of lost purchasing power? Today’s investors in government bonds, half of whom are foreigners, principally the Chinese and Japanese. Notice that I am not committing a single dollar in spending on any walls.

How did my life turn out? Was it ruined, as my grandfather predicted?

Actually, I did pretty well for myself, as did the rest of my generation, the baby boomers.

My kids did OK too. One son just got a $1 million two-year package at a new tech startup and he is only 30. Another is deeply involved in the tech industry, and my oldest daughter is working on a PhD at the University of California. My two youngest girls are about to become the first-ever female eagle scouts.

Grandpa was always a better historian than a forecaster. But did have the last laugh. He made a fortune in real estate, betting correctly on the inflation that always follows big borrowing binges.

You know the five acres that sits under the Bellagio Hotel in Las Vegas today? That’s the land he bought in 1945 for $500. He sold it 32 years later for $10 million.

Not too shabby either. 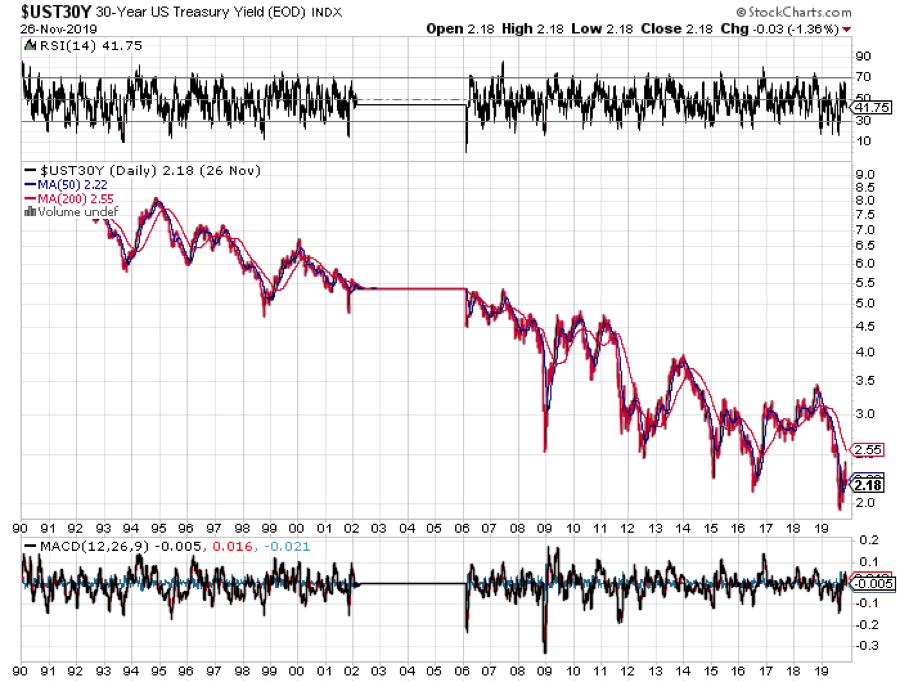 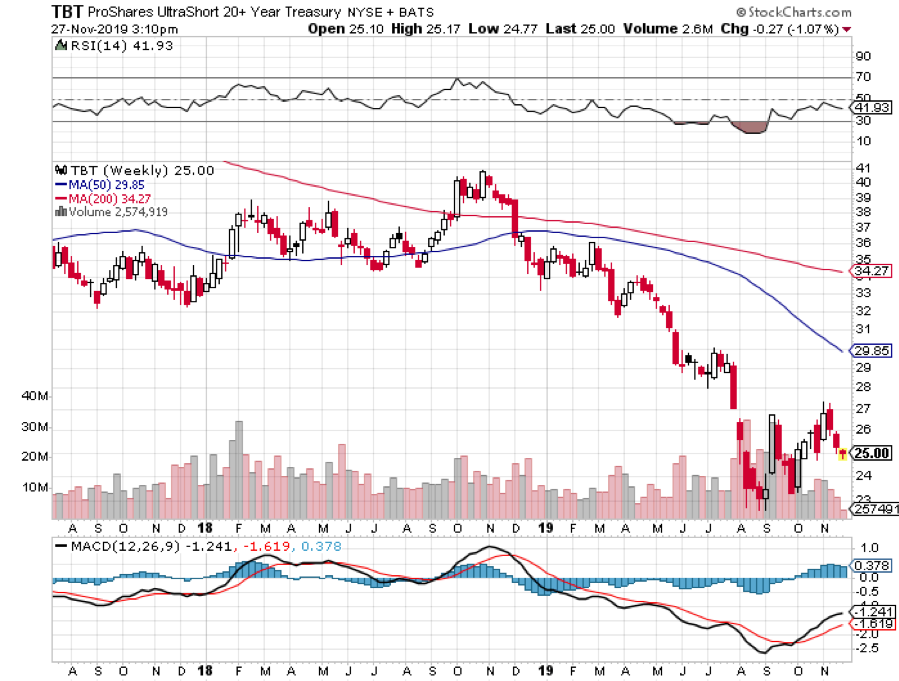 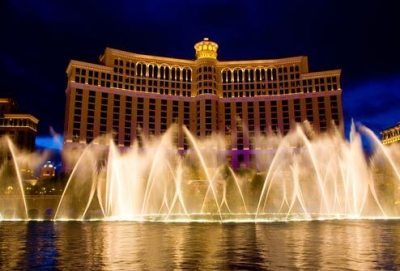