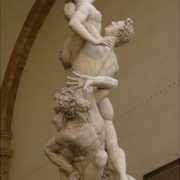 Let?s face it, the carnage in the bond markets in May outdid the sack of Rome.

Not only did the Treasury bonds (TLT) get hit. The entire high yield space was slaughtered, including corporates (LQD), junk bonds (JNK), REITS (VNQ), master limited partnerships (KMP), municipal bonds (MUB), and high dividend equities. Anything that looked and smelled like a bond got dumped.

As American bonds get their clocks cleaned, so did virtually the entire fixed income space worldwide. Yields on ten-year Japanese government bonds nearly tripled from 0.37% to 0.95%. German bond yields skyrocketed, from 1.20% to 1.55%. Suddenly, a global capital shortage broke out all over like a bad rash.

So has the Great Reallocation out of bonds into stocks begun? Has the Great Bond Crash of 2013 only started? Or is there something more complex going on here?

Don?t worry, the bond market is not about to crash. All we are seeing is a move to a new trading range for the ten year, from 1.50%-2-10% to 1.90%-2.50%. This has been my forecast for the Treasury bond markets all year. High yielding instruments, like those in junk bonds and REITS, will see more dramatic price declines. There are several reasons why this is the case.

For a start, the economy is just too weak to support any further back up in rates. Much of corporate American has grown so used to free money that even a modest rise in rates would be cataclysmic. It was also drop the residential real estate recovery dead in its tracks. Watch the US government?s budget deficit soar, once again, if interest rates continue their assent.

A 2% GDP growth will never be a springboard for 4%, 5%, or 6% yields. In fact, the risk is that we slow down from here, forcing the Fed to come to the rescue with more accommodative swaths of quantitative easing.

Look at the inflation, that great destroyer of bonds. The last reported unadjusted YOY CPI by the Bureau of Labor Statistics came in at a gob smackingly low 1.1% in April (click here for the website).? Real deflation is anything but a major threat, and will not provide the rocket fuel for further bond selling. When you here of friends getting surprise 20% pay hikes, then you can expect a return in inflation. That has been happening in China for several years now. But so far, I have not heard the good news at home.

Check out who has been buying bonds for the last five years? More than half of the Treasury auctions have gone to foreign governments. First it was China, and more recently to European central banks. These people don?t sell. They just redirect new cash flows. You can count on them keeping the bonds they already have until maturity, even if it is 30 years out. They will never be the source of large scale selling.

Examine who has the highest fixed income weightings in the US. It is the fabled ?1%.? When I serviced some of the wealthiest old money families on behalf of Morgan Stanley during the 1980?s, I was struck by one thing. These were the most conservative people in the world. Protection of principal was their primary consideration. Interest income was almost an afterthought.

This is because the majority of wealthy investors inherited their money, and lived in constant fear they would lose what they have. This is because, as trust fund kids, they had no idea how to earn their own money and create new wealth. Once capital disappeared, it was gone for good. Get a job? Heaven forbid! This investor class also has no desire to get hit with the long-term capital gains such sales would generate. So don?t expect selling from them either.

So, at worst case, you might see another 20-25 basis point rise in Treasury yields to the top end of the new range. At that point, they will be a buy for a rally that might correspond to a stock market selloff and flight to safety bid for bonds which I expect this summer. This takes the ten-year back to a 1.90% yield.

This will be particularly crucial for those who have been trading leveraged short fixed income instruments like the (TBT). They saw a dramatic 12-point, 20% rally in May from bottom to top. Any further gains from here will be of the high risk, low return variety. Maybe, it?s time to sit down and smell the roses? Or take a long summer vacation, as I plan to.

Bonds Certainly Got Roughed Up in May