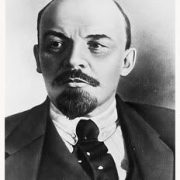 There are a lot of belles at the ball, but you can?t dance with all of them.

While a student at UCLA in the early seventies, I took a World Politics course which required me to pick a country, analyze its economy, and make recommendations for its economic development. I chose Algeria, a country where I had spent the summer of 1968 caravanning among the Bedouins, crawling out of the desert half starved, lice ridden, and half dead.? I concluded that the North African country should immediately nationalize the oil industry, and raise prices from $3/barrel to $10.? I knew that Los Angeles based Occidental Petroleum (OXY) was interested in exploring for oil there, so I sent my paper to the company for review. They called the next day and invited me to their imposing downtown headquarters, then the tallest building in Los Angeles.

I was ushered into the office of Dr. Armand Hammer, one of the great independent oil moguls of the day, a larger than life figure who owned a spectacular impressionist art collection, and who confidently displayed a priceless Faberg? egg on his desk. He said he was impressed with my paper, and then spent two hours grilling me. Why should oil prices go up? Who did I know there? What did I see? What was the state of their infrastructure? Roads? Bridges? Rail lines? Did I see any oil derricks? Did I see any Russians? I told him everything I knew, including the two weeks in an Algiers jail for taking pictures in the wrong places. His parting advice was to never take my eye off the oil industry, as it is the driver of everything else. I have followed that advice ever since.

When I went back to UCLA I told a CIA friend of mine that I had just spent the afternoon with the eminent doctor (Marsha, call me!). She told me that he had been a close advisor of Vladimir Lenin after the Russian Revolution, had been a double agent for the Soviets ever since, that the FBI had known this all along, and was currently funneling illegal campaign donations to President Richard Nixon. Shocked, I kicked myself for going into an interview so ill prepared, and had missed a golden opportunity to ask some great questions. I never made that mistake again.

Some 40 years later, while trolling the markets for great buying opportunities set up by the BP oil spill, I stumbled across (OXY) once more (click here for their site at?http://www.oxy.com ). (OXY) has a minimal offshore presence, nothing in deep water, and huge operations in the Middle East and South America. It was the first US oil company to go back into Libya when the sanctions were lifted in 2005. (OXY?s) substantial California production is expected to leap to 45% to 200,000 barrels a day over the next four years. Its horizontal multistage fracturing technology will enable it to dominate California shale. The has raised its dividend for the eighth year in a row, by 15% to 1.60%. Need I say more?

The clear message that has come out of the BP oil spill is that onshore energy resources are now more valuable than offshore ones. I decided to add it to my model portfolio. Energy is one of a tiny handful of industries I am willing to put my money in these days (technology and commodities are the others), and BP has handed me a rare opportunity to get in as the tightwad that I truly am.

Why Natural Gas is Setting Up for a Big Short