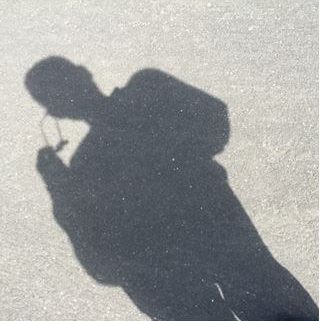 It was great seeing you today in Atlanta. Thank you for just being you. As I mentioned, there’s so much “crap” out there that’s it’s so nice to just hear it straight.

Several years ago I finally realized it just doesn’t matter what I think, only what is (although I still cringe sometimes). That’s the hard part. Actually finding the truth.

Even harder is how to act on it! And risk management. I have much to learn but I was glad to find out how much I do understand. (But I’ll never be a coder! Too late for that.)

I’m looking forward to your options video book coming out soon. I will study hard and try to be a model student you can be proud of. Then I can write that glowing thank letter you enjoy using in your newsletters!

Safe journeys! I’ll continue to live vicariously through your travels via newsletter, although I’d take you up on being your welcoming committee at your events!

I look forward to hearing you on the webinars!

Thanks again and see you next time! 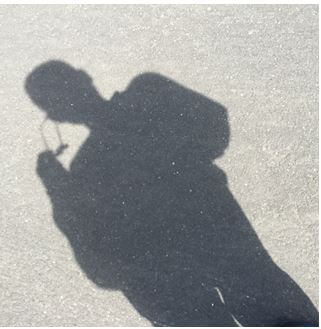 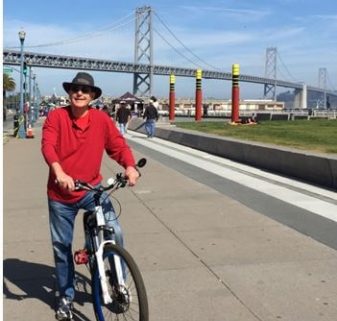 John, you make me laugh. Following you has been awesome. If it weren?t for you, I’d have been a mega bear for the last three years. 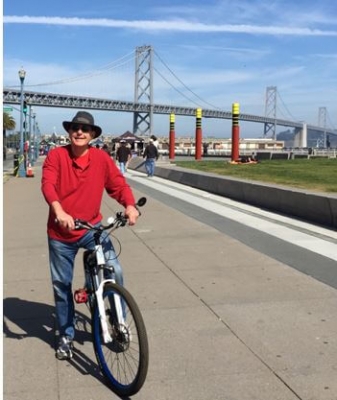 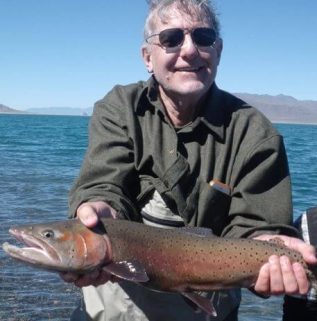 My financial advisory clients, by and large, have expressed a desire to be kept in the loop once a quarter and when it matters in between, but don’t want to hear from me on an ongoing constant basis. ?I know because I’ve asked.

They are mostly retired, conservative by nature, and want to enjoy life while trusting that I know what I’m doing. ?I often get my talking points from you, and it’s interesting to watch the relief on their faces when I talk, for example, about the millennials being the hope behind the national debt.

I point out that we have something China and Japan don’t have–a large group of young people coming up the pike. ?For them those talking points bring a great sig of relief.

I’m going into some detail because it’s something to think about when you’re marketing your service. ??

My thoughts off the top of my head. 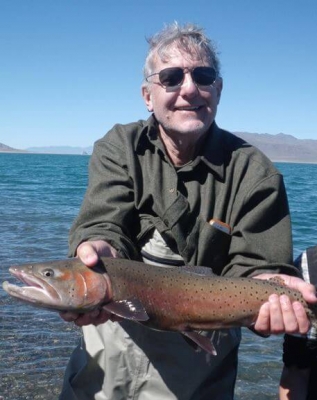 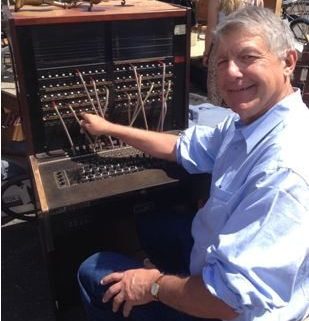 Nice work! ?You do great analysis and execution.?I got a 100% overnight profit on the (UVXY) calls! 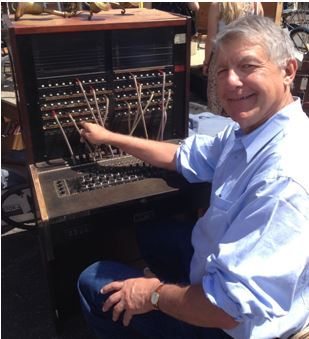 You?ve Got to Be Dialed in the Get These Trades 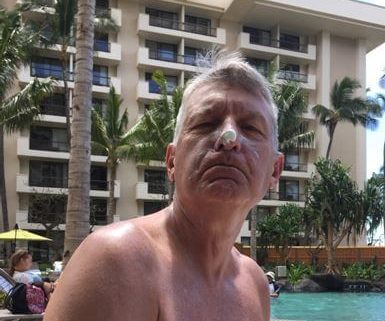 I retired eight years ago, and my broker told me to hang in there with my stocks before the recession, so I saved myself a lot of money and closed the account.? In 2009 I started paying for advice and investing on line.?

Since then, my TAX FREE profits have been greatly improved.? Last year I made more than 80% on the information that I received from the Mad Hedge Fund Trader.?

I am not a day trader (I belong to a country club and play golf daily) but I also subscribe to Mad Day Trader service.? Now I have John’s in-depth experience combined with Jim’s analytical timing.?

I spend about ten to fifteen hours a week on my investments, and played 120 rounds of golf last year.? Year-to-date, my investments are up 50% with Mad Hedge Fund Trader advice, I just completed my 40th round of golf, and my wife thinks she is the sole sustainer of our local plant nursery.?

Thanks John and Jim.? I could not live like this without your VALUABLE effort. 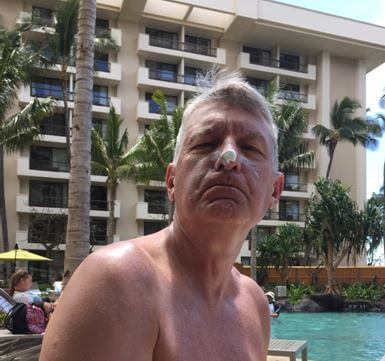 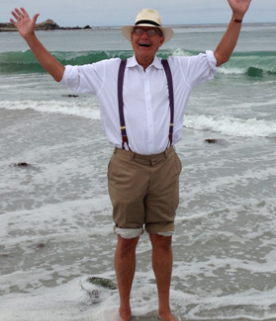 I was pondering an FXE trade alert from MHFT today when my cell rang with a Berkeley, CA area code. Since I know a couple people in that part of the world, I answered, and it was none other than John Thomas.

Had I not heard his voice on the MHFT webinars, I would have thought I was being conned. But given that I?m in the last month of a trial run, he actually called to find out how I was doing with the service and what I thought.

Here?s the short version of what I told him.

I?m a pretty experienced investor, but definitely not sophisticated when it comes to using options, or for that matter, trading currencies and commodities.

My first trade with MHFT ? an (FXY) vertical call spread ? literally scared the hell out of me, so I used a tiny position size. I think I made around $900 ($400 more than my trial subscription, so there?s that).

But through the process of using John?s trade ideas, I learned. Fast. Nothing will help you grasp the potential of option strategies like doing them. And as I write this, I have multiple positions on courtesy of MHFT that are on track to deliver double digit percentage gains in a matter of weeks!

I can?t quite comprehend how he knows so many well-placed people, but he?s incredibly adept at grabbing insights from them, turning these into an investment thesis, and making it incredibly clear and actionable to his reader base.

One day he?s writing about a chat with a three star general and the next you?re buying a call spread on Palo Alto Networks. He connects the dots in a ridiculously useful way.

But it?s more than just the idea, it?s the timing of the idea. The world is full of people who can say ?hey, cyber-security is a big deal.? Or, ?wow, the euro is getting killed.? But the actual trade execution to profit from that in the near term? He?s freaky good.

I also love the defined exit strategy. Look, if you?re the most disciplined human on the planet and never let a bad trade turn into a long term ?investment,? more power to you.

I am not. I hate when I do it, but it?s happened more than once. With MHFT, the exit is well marked. You can?t miss it. Personally, I find that removes significant stress, not to mention risk.

Today, I was over at my local Schwab office ? before John called ? and was raving about MHFT. Not stark raving. Good raving. I?d be surprised if they aren?t signing up for a trial as I write this. 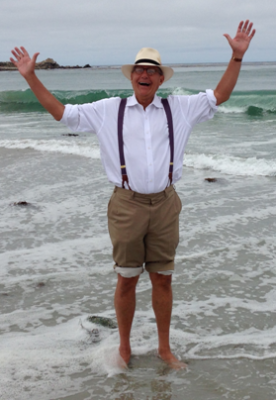 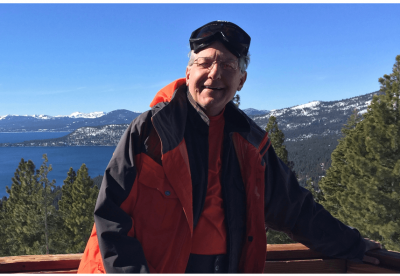 I just wanted to send my thanks for creating such a wonderful newsletter. It is very hard in today’s world to sift the wheat from the chaff.

The reason I am reaching out today is that a few days ago John came out with a piece regarding other newsletters. I have been following you for the past few years and from what I have seen and have traded, this is by far the most valuable service that I have luckily stumbled across. 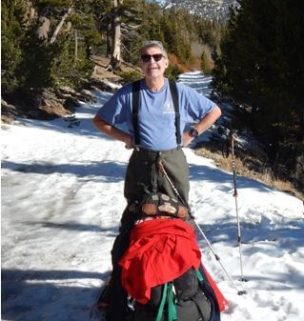 Thank you for talking with me on the phone right before Christmas.? I enjoyed our conversation and look forward to meeting you at your Incline Village Global Strategy Luncheon in the spring.?

Hope you are having a great day! I renewed today! 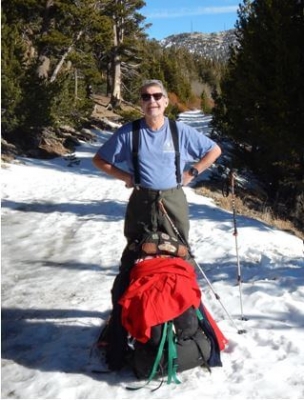 Winter Hiking at 12,000 Feet in the High Sierras 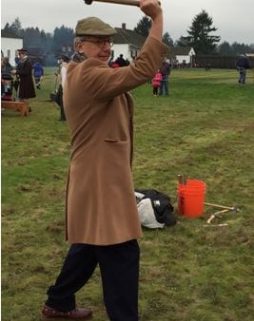 I now have some great strategies, which are working well thanks to you. I just need to follow them, stop listening to others, and stick more to my own plan, and of course your research.

All the best for the festive season. 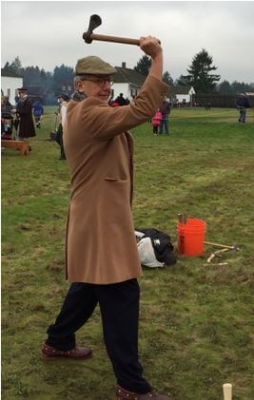 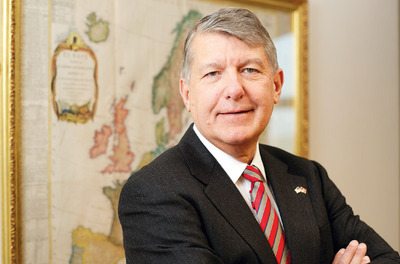 I would like to express how much I enjoy reading your newsletter and the global views that I gain from it.?

It has been the best, by far, and the most financially worthwhile letter I have ever bought.? I find most newsletters spin and promote their returns during the good times, and never factor in or disclose their bad times.

I have had some bad trades with you, but the results from the good trades far outnumber them.? I do take positions based on your recommendations and have done very well.?

My portfolio has grown by over $1 million from shorting the yen, since late November, based on your calls. That is with no more than $200,000 invested in yen shorts at any one time. This has been far and away the single best trade of my life!

Thank you very much! May we all have many more of these!!