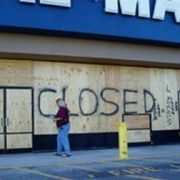 I stopped at a Wal-Mart (WMT) the other day on my way to Napa Valley.

I am not normally a customer of this establishment. But I was on my way to a meeting where a dozen red long stem roses would prove useful. I happened to know you could get these for $10 at Wal-Mart.

The clothing offered was out of style and made of cheap material. It might as well have been the Chinese embassy. Most concerning, there was almost no one there.

So I was not surprised when the company announced that it was closing 267 stores worldwide. The closures amount to only 1% of Wal-Mart?s total floor space. Some 10,000 American jobs will be lost.

The Wal-Mart downsizing is only the latest evidence of a major change in the global economy that has been evolving over the last two decades.

However, it now appears we have reached a tipping point, and a point of no return. The future is happening faster than anyone thought possible. Call it the Death of Retail.

I remember the first purchases I made at Amazon 20 years ago. The idea was so dubious that I made my initial purchases with a credit card with a low $1,000 limit. That way, if the wheels fell off, my losses would be limited.

This is despite the fact that I knew Jeff Bezos personally as a former Morgan Stanley colleague. And how stupid was that name, Amazon? At least he didn?t call it ?Yahoo?.

Today, I do almost all of my shopping at Amazon (AMZN). It saves me immense amounts of time while expanding my choices exponentially. And I don?t have to fight traffic, engage in the parking space wars, or wait in line to pay.

A used 42-inch Sub Zero refrigerator with a front door icemaker and water dispenser? Have it there in two days, with free shipping.

In 2000, after the great ?Y2K? disaster that failed to show, I met with Bill Gates Sr. to discuss the foundation?s investments. It turned out that they had liquidated their entire equity portfolio and placed all their money into bonds. It turned out to be a brilliant move, coming mere months before the Dotcom bust.

Mr. Gates (another Eagle Scout) mentioned something fascinating to me. He said that unlike most other foundations their size, they hadn?t invested a dollar in commercial real estate.

It was his view that the US economy would move entirely online, everyone would work from home, emptying out city centers and rendering commuting unnecessary. Shopping malls would become low rent climbing walls and paint ball game centers.

Mr. Gates? prediction may finally be occurring. Some counties in the San Francisco Bay area now see 25% of their workers telecommuting.

It is becoming common for staff to work Tuesday-Thursday at the office, and from home on Monday and Friday. Productivity increases. People are bending their jobs to fit their lifestyles. And oh yes, happy people work for less money in exchange for personal freedom, boosting profits.

The Mad Hedge Fund Trader itself may be a model for the future. We are entirely a virtual company, with no office. Everyone works at home across the country and around the world.

You may have noticed that I can work from anywhere and anytime (although sending a Trade Alert from the back of a camel in the Sahara Desert was a stretch).

The cost of global distribution is essentially zero. Profits go into a bonus pool shared by all. Oh, and we?re hiring, especially in marketing.

You can see this in the business prospects of traditional brick and mortar retailers last year, which were dire.

As a result, Macy?s (M) stock plunged by a shocking -53%, Nordstrom (JWN) by -43%, and Best Buy (BBY) by -39%. Value players have mistaken the present low prices and subterranean price earnings multiples for a ?Black Friday? sale.

It has been like leading lambs to the slaughter.

Yes, some of this was caused by record warm temperatures on the US East coast, which led many to cancel their purchases of a new winter coat. But it is also happening because the entire ?bricks and mortar? industry is getting left behind by the march of history.

Sure, they have been pouring millions into online commerce and jazzed up websites. But they all seem to be poor imitations of amazon, with higher prices. It is all ?Hour late and dollar short? stuff.

In the meantime, Amazon soared by 150%, and was one of the top performing stocks of 2015. It is thought that Amazon accounted for a staggering 25% of all the new growth in US retail sales last year.

There?s a good reason why you haven?t heard much from me about retailers. I made the decision 30 years ago never to touch the troubled sector.

I did this when I realized that management never knew beforehand which of their products would succeed, and which would bomb, and therefore were constantly clueless about future earnings.

The business for them was an endless roll of the dice. That is a proposition which I was unwilling to invest in. There were always better trades.

I confess that I had to look up the ticker symbols for this story, as I never use them.

However, I also missed the miracle at Amazon. I could never grasp their long tail strategy and their 100 X multiples. I have had to admire it from the sidelines. At least I wasn?t short.

You will no doubt be enticed to buy retail stocks as the deal of the century by the talking heads on TV, Internet research, and maybe even your own brokers.

It will be much like buying the coal industry (KOL) a few years ago, another industry headed for the dustbin of history. That was when ?cheap? was on its way to zero. 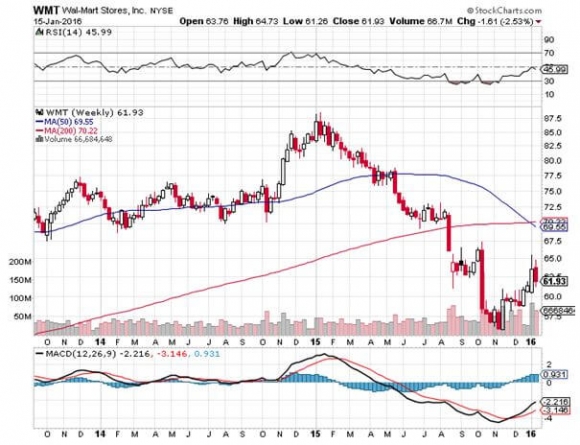 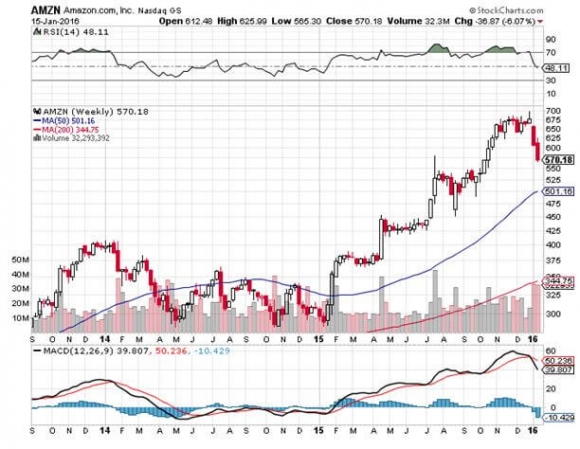 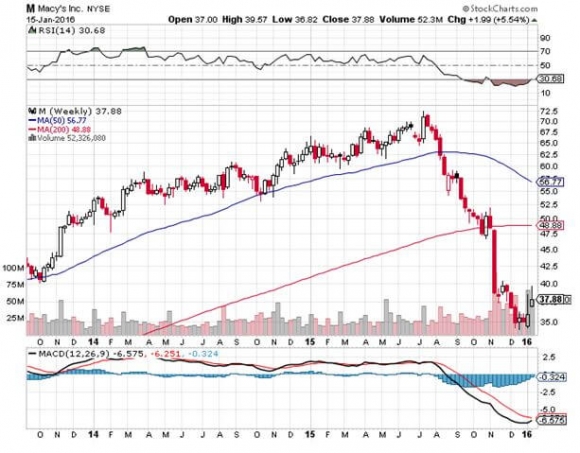 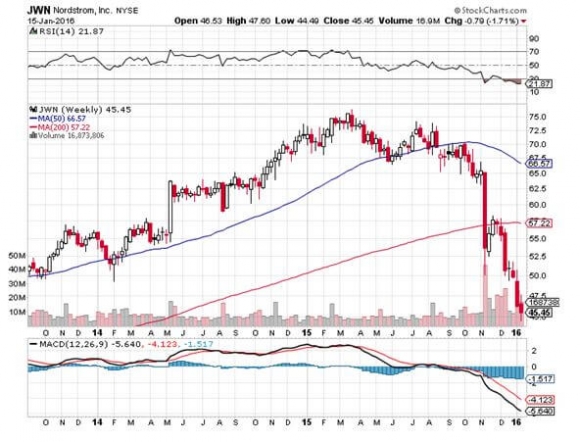 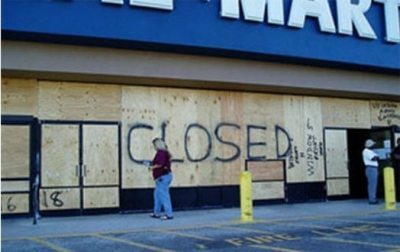 The Death of Retail?

The 1% and the Bond Market