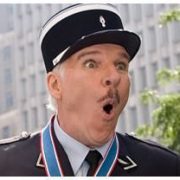 Now that I see gold closing today at a new six year low today I am reminded of one of the worst calls I have seen in my 50 year trading career.

Of course, readers of this letter have been avoiding the barbarous relic like the plague since I called the top 4 ? years ago.

One of the great asset management blunders of all time has to be the European Community?s decision to sell its gold reserves in the wake of the launch of the Euro in 1998.

The decision led to the fairly rapid sale of 3,800 metric tonnes of the yellow metal at an average price of $280/ounce, reaping about $56 billion, according to the Financial Times.

Today with gold at $1,056/ounce, the stash would be worth $211 billion. On top of this, the Swiss National Bank is poorer by $60 billion, after offloading 1,550 tons of the barbaric relic.

The large scale, indiscriminate selling depressed gold prices in the early part of the last decade, and made the final bottom of a 20-year move down.

It is a classic example of what happens when bureaucrats take over the money management business, ditching the best performing investment on the eve of a long-term bull market. The funds raised were largely placed in poorly performing national Eurobonds.

Where did all that gold go? To hedge funds, gold bugs, and inflationistas of many stripes, despite the fact that long dreaded price hyperinflation never showed.

The good news for gold bugs is that these reserves are largely drawn down now, and future selling will trail off in the years ahead. The shrinking supply can only be positive for prices. 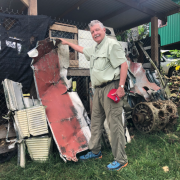 Has Gold Had It?

Silver Is Starting to Shine

The Market Outlook for the Week Ahead, or The Election is Here!

Deflation is Accelerating
Scroll to top