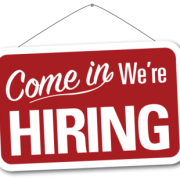 Don?t expect much market volatility until we get the February nonfarm payroll report on Friday at 8:30 EST. Consensus has them coming in at around 200,000. However, we may have just gotten a valuable preview to those figures.

According to the Japanese broker, Nomura Securities, the ADP National Employment Report, a monthly analysis of the hiring trends of 344,000 private businesses, is most aligned with the official jobs report in February. Since 2006, the average February gap is only 25,000, which is less than half of the gap of other months.

The ADP came in this morning at 216,000, and the market yawned. That presages that the Friday consensus expectation could be right. While a good number, especially coming on a series of positive monthly reports, it won?t exactly set the markets on fire. That could pave the way for a further downside test in the equity markets, as well as other risk assets, especially gold, silver, and the other metals.

You don?t want to bet the ranch on historic correlations. Still, I thought you?d like to know.

Once, an Extinct Species