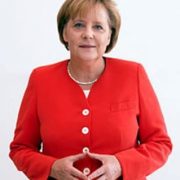 I noticed last week that Angela Merkel, the Chancellor of Germany, was picked by the editors of Time Magazine as their ?Person of the Year.?

This is creating an outstanding investment opportunity, a real game changer. As a result, Germany?s economy could grow by an extra 1% a year. But more on that later.

She received the accolade for convincing her country to accept 1 million refugees from the Middle East. They will be plopped down in the middle of a population of 80.6 million, so it is a very big deal.

That is like the US taking in 4 million refugees with no notice. The most we took in after the collapse of Vietnam was 125,000.

In addition, she talked her electorate into bailing out Greece, not once, but twice.

I SAY ?THREE CHEERS? FOR GERMANY.

History has really come full circle. After bearing the cross for the holocaust for seven decades, the country carries out one of the greatest humanitarian acts of all time.

I know the Germans well.

I lived in West Berlin during the 1960?s with a former Nazi family. Needless to say, the dinner conversations were interesting. But they loved Americans, for it was we who rescued them from the Russians and Bolshevism in 1945.

I spent my weekends smuggling western newspapers and US dollars into East Berlin to the underground across Checkpoint Charlie. I was too young and dumb to know any better.

When I got caught, I spent a night in a communist jail cell. To this day, the words ?Das ist Verboten? still send a chill down my back. The East German Volkspolizei were not very nice guys.

If you want to see a close approximation of that prison, go watch the just released Stephen Spielberg movie ?Bridge of Spies,? about the Gary Powers exchange. They really nailed the Cold War atmosphere of Berlin during the sixties.

Yes, when I was 16, I used to listen to machine guns mow down fleeing refugees at night. Every time a guard hit someone, they were awarded a gold watch. I lived in Tiergarten, within easy earshot of the Berlin Wall at Brandenburg Gate. And you wonder why I?m such a tough guy.

Angela Merkel has always been an enigma to me. Those of us who know the old East Germany well, find it difficult to imagine anyone intelligent or useful coming from there. To see her leading an essentially conservative country is positively mind blowing.

She is clearly brilliant, with a PhD in physics. She is fluent in Russian, and is in close communication with Vladimir Putin on a regular basis in his own language. She entered politics as soon as the wall came down in 1989, signing up with the conservative Christian Democratic Union.

Today, she is widely considered the de facto leader of Europe. She is also regarded as the most powerful woman in history (at least for another year).

Full Disclosure: During my annual European sojourns, I always spend a day briefing Merkel?s staff in Berlin about the current state of the world. I also attempt to decode the American political scene, which Europeans find an indecipherable mystery, but which has enormous implications for them.

?The Person of the Year? can be a dubious honor, and is defined as the person who most influenced history that year. Aviation pioneer Charles Lindbergh, who first soloed the Atlantic Ocean, was originally picked by Time in 1927.

Adolph Hitler was named in 1938 for peacefully redrawing the map of Europe. The only other Germans so named were Konrad Adenauer in 1953, the country?s postwar leader, and Willy Brandt in 1970, noted for normalizing relations with the Soviet Union and Eastern Europe.

To say that Germany is overwhelmed by the immigrant crisis would be a severe understatement.

Almost every high school gym in the country has been converted to emergency housing. There are shortages of everything, from blankets to clothing and translators.

Medieval Afghan men are showing up with 13-year old brides. The backlash is that the Nazi party is experiencing a resurgence of popularity, not only in Germany, also in the Netherlands, France, and Sweden.

If it weren?t for the commitments of this newsletter, I would be back in Berlin in a heartbeat volunteering my services.

Needless to say, the bill for all of this will be enormous. Germany is really the only country that could afford dispensing so much aid.

One of the reasons it can do so is that it happens to have a spare country at hand. Much of the old East Germany is still empty, its cities depopulated. This is where the new immigrants will eventually be settled.

It is perhaps because Angela is a mathematician that she understands there is an enormous long-term dividend that the country will reap.

Look at the economic growth rates of the US and Europe for the past 50 years, and the continent has always lagged the US by 1% per annum. By opening up the gates to a flood of immigration, Germany can make up this difference. So can the rest of Europe.

The great thing for Germany is that these are not your ordinary political or economic refugees. Much of the Syrian middle class has decamped, bringing their educational and professional skills with them. For the Germans, it is a win-win.

This is not a long-term thing. German GDP growth recently and unexpectedly surged, from a 0.3% to a +1.5% annual rate. Some of this is no doubt due to the European Central Bank?s newly aggressive policy of monetary easing. Massive spending on social services has to also be a factor.

European stocks are already poised to outperform American ones by two to one in 2016, thanks to quantitative easing, the postponement of the Greek crisis, and a generation low in asset prices there. Immigrants could pour the economic gasoline to the fire.

Clearly German stocks are a prime target here, which you can buy through the iShares Germany Fund (EWG), as is Europe in general, with the Wisdom Tree European Hedged Equity Fund (HEDJ). But make sure you hedge out your European currency risk for the short term, as the (HEDJ) does.

A revival of the continental economy will also eventually engineer a recovery in the Euro (FXE), (EUO) against the dollar. Don?t press those shorts too aggressively down here.

The great irony here is that this is all unfolding in Germany while mosque burning and bombing are taking place across the US, and there is talk of closing its border on religious grounds.

It is the sort of thing that happened in Germany in 1938, as my former Berlin hosts would have reminded me. 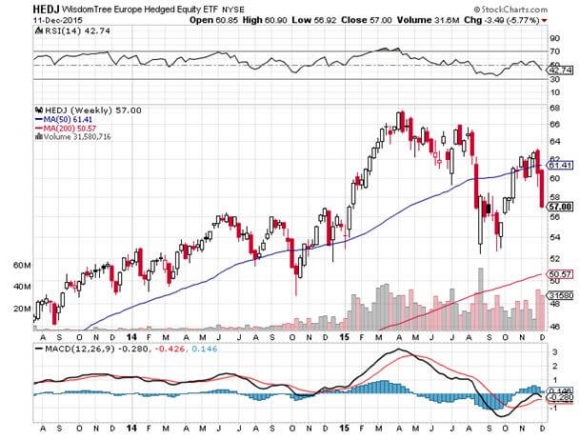 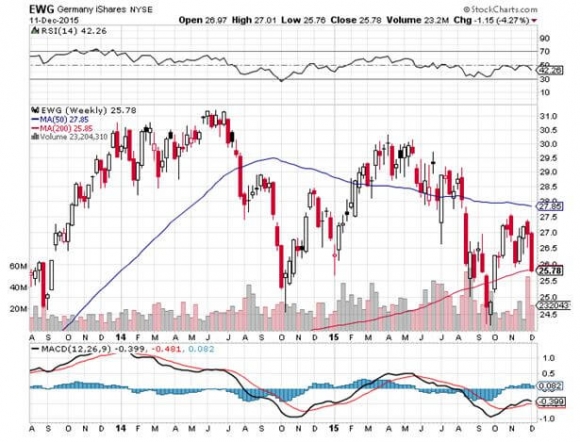 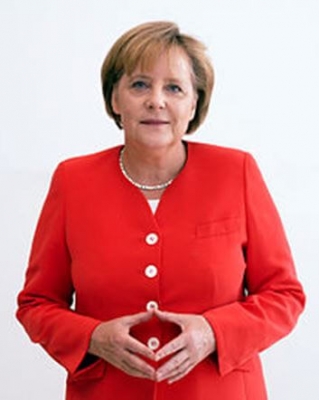 Good for You Angela