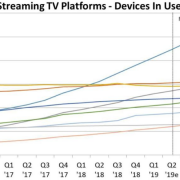 Roku has been unleashed.

To be honest, I was worried when it dipped all the way down to $25 last year because it was a stock that was prime for liftoff.

Liftoff has happened but a little later than I first surmised.

Roku had a blowout quarter crushing estimates with expanding their pie 59% year-over-year to $250 million scorching consensus estimates of $224 million.

The outperformance doesn’t stop there with the company rapidly adding users to 30.5 million active users during the quarter, up 39% year-over-year.

The monetization side showed the same outperformance with average revenue per user (ARPU) up to $21.06, up $2.00 year-over-year.

For all the doubters out there, who dismissed the potential of Roku because they weren’t part of an Amazon, Google, Facebook, or Apple group, then you were wrong.

What we have seen in the past year is the potential transforming in real-time into high octane outperformance.

The x-factor that put the company’s business model over the edge was the “onslaught” of new streaming assets coming online this year and in 2020 from Disney, NBCUniversal, and HBO.

Recent surveys suggest that Amazon’s Fire TVs haven’t been able to keep up with Roku.

And as Disney and NBC roll out gleaming new streaming assets, Roku will be able to do what is does best – sell digital ads.

Roku being independent doesn’t care who streams what because selling ads can be sold on any streaming program.

This makes me believe that Roku is in a better position not being a Fang because of a lack of conflict of interest.

For example, Google and Amazon have skirmished about different crossover partnerships such as YouTube on the Amazon Kindle and so on.

They plainly don’t want to help each other

Part of the DNA of these big tech companies is bringing each other down.

In my mind, Roku has definitely benefited from the first-mover advantage and have perfected selling digital ads over over-the-top (OTT) boxes.

It just so happens that Roku has prepared itself to extract maximum profits from the intersection of integrating online streaming assets and the consumer quitting analog cable.

The timing couldn’t have been better if they tried.

In its infancy, Roku’s revenue was reliant on selling the physical hardware, but that revenue has trailed off at the perfect time because of the explosion of digital ad growth in the industry boosting its other business.

Perhaps even more impressive is the loss of 8 cents last quarter when the company was expected to lose 22 cents.

This signals to investors that profitability is just around the corner for Roku and after years of burning cash, they are finally ready to turn the page and start a new chapter in the history of Roku.

Roku bottomed out at $25 and is now trading over $125, an extraordinary feat and one of the stories of the tech industry in 2019.

I wouldn’t chase the stock here, but I will say the momentum is palpable and Roku will end the year higher than where it is now.

It’s a great stock with an even more compelling story and about to harvest and monetize the new streaming assets that are coming through the pipeline. 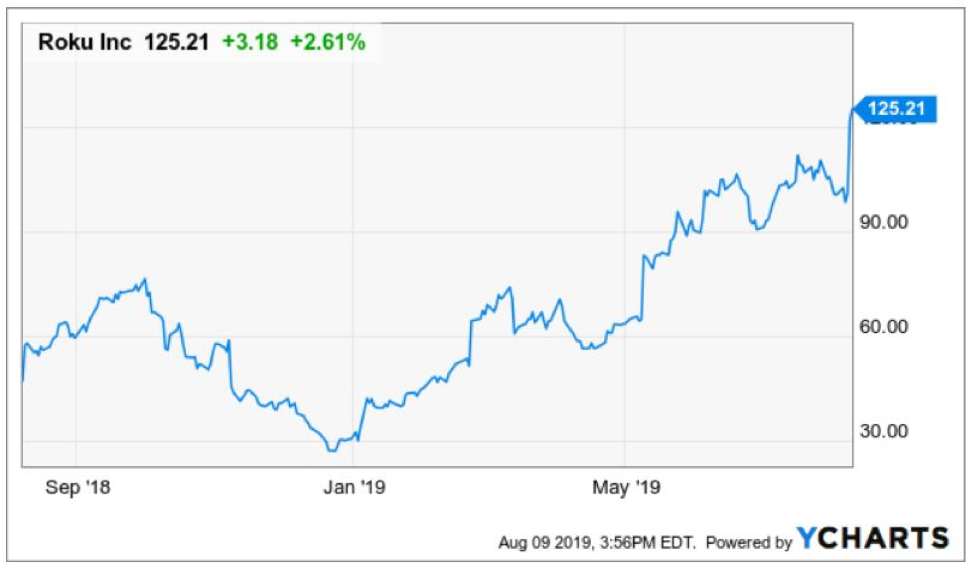