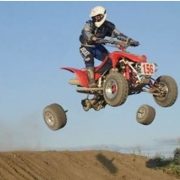 The Fed?s decision not to taper, and therefore keep interest rates lower for longer, gave a great flashing green light to the bond market. It has been off to the races ever since, with the iShares Barclays 20+ Year Treasury Bond Fund (TLT) blasting through resistance this morning to new two month high. As this is off a double bottom on the charts that has been unfolding since July, the move looks pretty solid.

With the imminent appointment of my friend, Janet Yellen, as the next chairman of the Federal Reserve, I think we may not see a real taper until well into 2014. I heard yesterday that the White House staff has been ordered to start talking her up, now that their favorite, Larry Summers, has been sent to an assisted living facility.

So bonds have more to run, easily taking the yield on ten year Treasuries from this morning?s 2.70% down to 2.50%. There, we may stall out and define the lower end of the new range for bond yields for quite some time.

I have been begging, pleading with, and cajoling readers for the past month to take profits in their short bond positions and sell their holding in the ProShares Ultra Short 20+ Year Treasury ETF (TBT). If they did, they are nicely positioned to buy it back the next time it hits $70, down from the recent $82 peak. That is roughly where we hit the 2.50% ten-year yield.

That could be the bond trader?s lot for the next six months, buying paper every time we hit a 3% yield, and going short at the 2.50% yield. They deserve nothing less. If they had real balls, they?d be stock traders.

Keep in mind that this is a counter trend trade, which are always dangerous. I am convinced that we are now 13 months into the Great Bear Market for bonds that could last another 20 years. Future capital flows will be defined by moving out of bonds into stocks probably until the end of the 2020?s, the so called ?Great Rotation.? So I am being careful here, keeping maturities short at a little more than three weeks, the size small, and the strikes distant.

This is not my best-timed trade of the year, and I am a little late to the party. I am resorting to finishing off the left over drinks abandoned by the early arrivals. As has lately so often been the case, prices turn on a dime, and then don?t let anyone in, as there are no pullbacks. This is a sign of a market dominated by professional momentum traders, not stay at home day traders.

So the potential profit on this trade is only a modest $630, or 0.63% for the model $100,000 trading portfolio. The risk is small, and therefore, so is the payoff. If this doesn?t appeal, or if the commissions end up eating too much of your potential profit, just walk away. Or, you could wait for better prices with a pullback in the (TLT) to get the better return. Or, just watch it play out in the paper portfolio as a training exercise.

The attraction of this position is that it gives us a participation in the unfolding, politically driven smack down in Washington over the debt ceiling crisis. It also establishes a ?RISK OFF? position, which I can use to counterbalance my existing ?RISK ON? positions.

It?s always nice to have a hedge on in case the wheels fall off the market.

Always Nice to Have a Hedge On

Join the ?Invest Like a Monster? San Francisco Trading Conference
Scroll to top