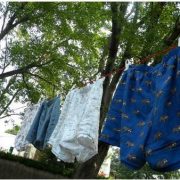 The Department of Labor took the punch bowl away from the party on Friday, reporting that the December nonfarm payroll came in at an anemic 74,000. Analyst forecasts had been running in the 200,000-250,000 range.

What was even more interesting was that the labor participation rate dropped to a 1978 low, with nearly 400,000 workers disappearing from the rolls. This is what took the headline unemployment rate down to 6.7%, off a whopping 0.3% from November. The Fed 6.5% target looms.

It was happy days again for the bond market, which had been beaten like a red headed stepchild since the summer. The relief rally spread to the entire high yield space, including corporates (LQD), munis (MUB), Junk bonds (HYG), (JNK), master limited partnerships (LINE), and even construction stocks (ITB).

The weather seems to be a big factor. When consumers and employers are sitting at home, freezing their keisters off, they aren?t hiring. This was not just a one off storm. It appears that this will be one of the coldest winters in history, except on the west coast, which is facing a 100 year drought. For proof, look no further than the price of natural gas (UNG), which appears to have broken out of a multiyear torpor.

The calendar was also an issue. Thanks to the compressed placement of the Thanksgiving, Christmas, and New Years holidays, this was one of the shortest shopping seasons in history. This would especially impact the retail sector, which is big on seasonal hiring around then.

As for the participation rate, this is clearly an effect of the 80 million retiring baby boomers. Some 10,000 a day are now collecting their gold watches and hitting the golf course. This drain of workers will continue until we are all dead in 2030. Once people retire, they tend to never reenter the labor force again. Can you blame them?

The bottom line here is that you need to look at the headline unemployment rate, which is fabulous, and not the gross nonfarm payroll numbers, which are dire. Whatever we lost in the nonfarm this month we will make back in large upward revisions next month. This has been the pattern of the past year. So mark February 7 on you calendar with bold red ink.

In fact, all of the recent employment numbers have been behaving as if they are still on their New Year?s Eve drinking binge, exhibiting extraordinary volatility. These could be just statistical outliers. More likely is that the epochal changes now besetting the long-term structure of the US economy, such as the simultaneous implementation of Obamacare and the lurch towards US energy independence, can?t be captured by traditional data collection means. Combined, these account for 24% of American GDP.

All of this leads me to believe that the current pop in bond prices and dip in yields will be a temporary affair. I?m sorry, but I?m just not buying the world that the bond market is currently anticipating, that of a massive shift of money out of stocks into bonds, and the return of inflation moving out another decade. The truth is that there still is no other decent place to put your money than large cap us stocks, thanks to the efforts of the Federal Reserve.

The stock market is not buying this scenario either. It barely budged, and closed up on Friday. More importantly, the volatility index (VIX) plunged to a new six month low at an amazing 11.5% on Monday. This instrument at these prices is betting that stocks will be sideways to up for the next 30 days.

As for my own model-trading portfolio, I would be selling short bonds here with both hands if that I did not already have a position. The problem is that I do, owning the iShares Barclays 20+ Year Treasury Bond Fund January, 2014 $104-$107 bear put spread, which expires at the close in four days on January 17. This is what remains from a $106-$109 put spread, which I profitably rolled down on December 27.

In a perfect world, I would have taken profits on this position on January 3, when it was showing a 0.53% profit. It would have been prudent to take the belated Christmas gift, given that a nonfarm payroll was due a week later. But I didn?t. Everyone got it wrong. But that seems to be par for the course these days, continuing with the golf analogy.

I do have the luxury of carrying my losing bond short against a portfolio of nine other positions, some of which I have already taken profits on, which will still leave me up big on the month. This is why they have the term ?hedge? in hedge fund. So I am relaxed.

However, it is proof once again that even after spending 45 years mastering the art of trading, I can still make mistakes typical of a first year summer intern.

Long May They Wave