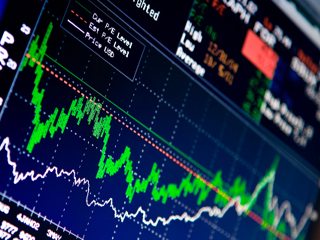 As a potentially profitable opportunity presents itself, John will send you an alert with specific trade information as to what should be bought, when to buy it, and at what price. END_OF_DOCUMENT_TOKEN_TO_BE_REPLACED

As a potentially profitable opportunity presents itself, John will send you an alert with specific trade information as to what should be bought, when to buy it, and at what price. END_OF_DOCUMENT_TOKEN_TO_BE_REPLACED

As a potentially profitable opportunity presents itself, John will send you an alert with specific trade information as to what should be bought, when to buy it, and at what price. END_OF_DOCUMENT_TOKEN_TO_BE_REPLACED

As a potentially profitable opportunity presents itself, John will send you an alert with specific trade information as to what should be bought, when to buy it, and at what price. END_OF_DOCUMENT_TOKEN_TO_BE_REPLACED

As a potentially profitable opportunity presents itself, John will send you an alert with specific trade information as to what should be bought, when to buy it, and at what price. END_OF_DOCUMENT_TOKEN_TO_BE_REPLACED

As a potentially profitable opportunity presents itself, John will send you an alert with specific trade information as to what should be bought, when to buy it, and at what price. END_OF_DOCUMENT_TOKEN_TO_BE_REPLACED

As a potentially profitable opportunity presents itself, John will send you an alert with specific trade information as to what should be bought, when to buy it, and at what price. END_OF_DOCUMENT_TOKEN_TO_BE_REPLACED 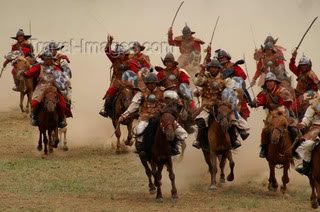 The global resource frenzy has grown so heated that money has begun pouring into the marginal fringes of the universe. The Mongolian stock market has been one of the world?s best performers over the last three years, posting two back to back 100% gains.

I have been pounding the table on Mongolia for over three years now, as the fundamentals were stacking up nicely for it to become a high growth pioneer market (click here for the call). Never mind that you can?t buy it unless you become a resident of Ulan Bator and pay with local currency. But the indirect plays I recommended are did extremely well, including Ivanhoe Mines (IVN) and Rio Tinto (RTP). Government officials were in New York recently negotiating with NASDAQ to take over the management of their nascent exchange, which even after the double, has only 300 listed companies with a total market capitalization of only $1 billion.

There?s nowhere I won?t go to make a buck, so I had to sit up and pay attention when friends in Tokyo told me that the next big Asian equity play will be in Mongolia. Genghis Khan?s ancestral land has enormous mineral resources which make it a natural commodity play (did he know?), and it has one of the world?s most GDP friendly population pyramids.

But incompetent government administrators with antiquated Soviet era sentiments managed to kill every development opportunity in the crib with onerous windfall taxes and harsh joint venture restrictions. The resources stayed in the ground. National elections finally turned over the regressive administration in 2008, and the anti-growth tax regime was dumped.

Mongolia has inked a deal with Ivanhoe Mines and Rio Tinto to develop the massive Oyu Tolgoi mine, the world?s largest undeveloped copper resource, which could lead to a doubling of the GDP in five years. We?re talking a gigantic 450,000 tons of copper and 330,000 ounces of gold a year. Friends have been e-mailing in the results of core drillings from Oyu Tolgoi, and it is clear that this is one of the richest ores ever discovered. Also on tap is the development of huge coking coal and uranium deposits.

The spillover benefits for the rest of the economy would be substantial. Now that visas are no longer impossible to get, as they were in my day, my Japanese and Chinese speaking trilingual son tells me that Ulan Bator has become the trendy place for American college grads fleeing unemployment at home.

Who knows? Give me a low enough PE multiple and I might even develop a taste for the country?s national dishes, sheep brains and fermented mare?s milk.

The Bulls Are Loose in Mongolia 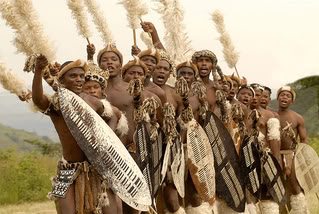 It looks like the next ?blue light special? will be offered in South Africa (EZA), (AFK) Apparently, the retail giant, Wal-Mart (WMT), got the memo that the country is a great place to invest (click here for ?On Safari for Trades in South Africa?). It?s $4.3billion bid for retailer Massmart is a huge vote of confidence for that emerging nation.

My old friend, Carl Van Horn, the former chairman of JP Morgan Investment Management, taught me a golden rule a long time ago that has proved invaluable over the decades. Follow the money. Go to the industries and countries where the big companies are making their direct investments, because the stock market always follows.

What is Wal-Mart seeing in South Africa, with unemployment at 25%, and a simmering race war percolating just below the surface? Perhaps it believes that skyrocketing prices for the gold and diamonds, the beleaguered country exports will trickle down to the main economy, cutting the jobless ranks and accelerating development. Booming economies tend to have a salving effect on social problems too.

That would be a boon for retailers selling not only to a rising middle class, but to the rest of emergent Africa as well (click here for ?Feel Like Investing in a State Sponsor of Terrorism?). Wal-Mart is not alone in this leap of faith. Check out the ETF for this fascinating country and consider scaling in on the current big dip.

Headed for the Blue Light Special? 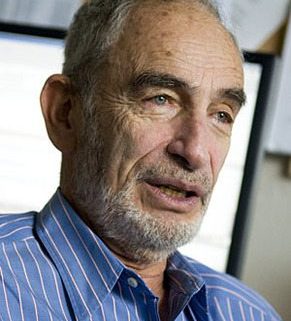 Pack your portfolios with agricultural plays like Potash (POT), Mosaic (MOS), and Agrium (AGU) if Dr. Paul Ehrlich is just partially right about the impending collapse in the world?s food supply. You might even throw in long positions in wheat (WEAT), corn (CORN), soybeans (SOYB), and rice.

At greatest risk are the big rice producing areas in South Asia, which depend on glacial run off from the Himalayas. If the glaciers melt, this crucial supply of fresh water will disappear. California faces a similar problem if the Sierra snowpack fails to show up in sufficient quantities, as it has this year.

Rising sea levels displacing 500 million people in low lying coastal areas is another big problem. One of the 80 year old professor?s early books The Population Bomb was required reading for me in college in 1970, and I used to drive up from Los Angeles just to hear his lectures (followed by the obligatory side trip to the Haight-Ashbury).

Other big risks to the economy are the threat of a third world nuclear war caused by population pressures, and global plagues facilitated by a widespread growth of intercontinental transportation and globalization. And I won?t get into the threat of a giant solar flare frying our electrical grid.