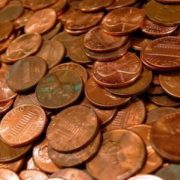 When Dr. Copper (CU), the only commodity with a PhD in economics, suddenly collapses from a heart attack, risk takers everywhere have to sit up and take notice.

Since the 2011 top, the red metal has collapsed a shocking 40%. It has given back a nausea inducing 10% just in the last two weeks. Will copper take down the rest of the financial markets with it?

Is the bull case for risk assets over?

So called because of its uncanny ability to predict the future of the global economy, copper is warning of dire things to come. The price drop suggests that the great Chinese economic miracle is coming to an end, or is at least facing a substantial slowdown, the government?s 7.5% GDP target for 2014 notwithstanding.

It?s a little more complicated than that. Copper is no longer the metal it once was. Because of the lack of a consumer banking system in the Middle Kingdom, individuals are now hoarding 100 pound copper bars and posting them as collateral for loans from banks or backstreet money lenders.

China is, in effect, on a copper standard. Get any weakness of the kind we have seen this year, and lenders panic, dumping their collateral for cash, crushing spot prices.

The latest plunge has been fueled by continuing rumors of an imminent Chinese banking crisis. The Middle Kingdom?s first corporate bond default in history, by a third tier solar company a few years ago, further heightened fears. The implicit government guarantee that was believed to back this paper suddenly went missing in action.

The high frequency traders are now in the copper futures and spot markets in force, whipping around prices and creating unprecedented volatility. Notice how they seem to be running the movie on fast forward everywhere these days? Because of this, we could now be seeing an overshoot on the downside in copper.

Copper, along with all other hard assets, have also been taking a pasting from the strong US dollar. A robust greenback has effectively raised the price of copper in non dollar currencies in big consuming countries, like Japan and Europe. The only way to adjust for this is for the traders to take down dollar prices, which the markets have been doing with a vengeance.

It is no coincidence that copper has been falling in almost perfect lockstep with the rest of the hard asset universe, including gold, silver, oil, natural gas, coal, all the ags and ag stocks, and the commodity producing currencies of the Australian (FXA) and Canadian (FXC) dollars. The world wants paper assets (stocks and bonds), and none of the stuff you can drop on your foot (thanks Dennis).

However, cheaper copper is ultimately great news for we copper consumers, as with everything else.

Watch Dr. Copper closely. At the first sign of any real bottom, you should load up on long dated calls for Freeport McMoRan (FCX), the world?s largest producer, which also has been similarly decimated. The leverage in the company is such that a 10% rise in the price of copper triggers a rapid 20% rise or more in (FCX) shares.

I can wax one here about major structural changes in the Chinese economy that are underway, as the real problem. As the Middle Kingdom shifts from an export driven economy to a domestic demand one, there is less need for the red metal and more need for silicon and brains. But this isn?t something you can trade off of today.

So what is copper really telling us? The longer-term charts show a prolonged bottoming process. If $2.90 fails, we could see a revisit to the five-year low at $2.50.

That?s your load the boat price. During the global synchronized economic recovery that is underway, you want to view every panic sell off in a single asset class like this as a gift.

There is one further hope for copper. The Shanghai stock market has been absolutely on fire this year, rocketing some 40% since June, even beating the heady US exchanges. When risk accumulation accelerates to this extent in the world?s largest copper consumer that is great news for copper.

The two asset classes are now wildly out of sync. Either Chinese stocks are ridiculously overpriced and soon have to crash to come back in line with the red metal. Or copper has to rise.

I vote for the latter. It could be your big New Year trade. 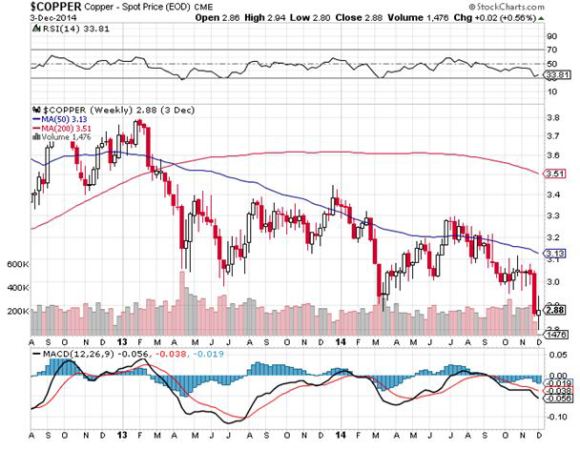 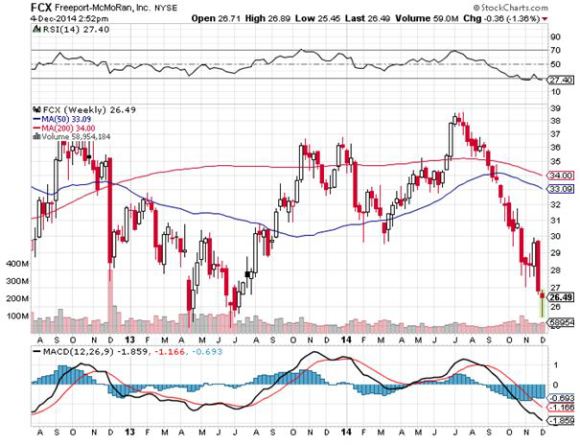 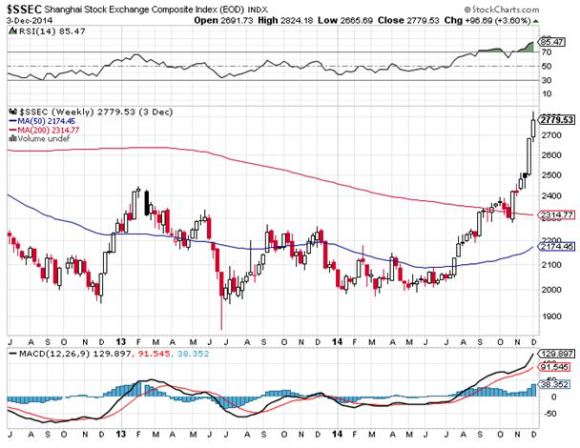 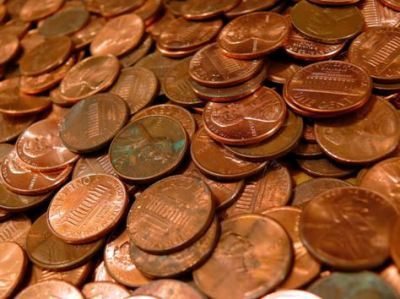