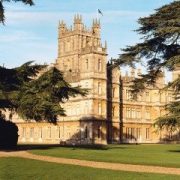 A few years ago on the Old Square in Brussels, a delicious luncheon of moules marini?res paired with an excellent white burgundy with some European Central Bank officials ran far longer than expected. They were attempting to convince me of the long term viability of the Euro, to no avail.

That seriously delayed my departure from Belgium to Salisbury in the English countryside to visit some clients resident at Highclere Castle, which is now the subject of a major TV series. I raced my twin engine Cessna at full power into the sunset, across the English Channel, past the white cliffs of Dover, because my destination airfield had no lights. By the time I arrived it was too dark to land, my alternate airport at Southampton had suddenly closed because of a crash, and I only had 15 minutes of fuel left.

I knew that the pub at the end of the grass runway kept a radio with the tower frequency always tuned in. So circling at 1,500 feet overhead in the pitch black darkness I called in and ordered a full bottle of Ron Rico rum. I told the bartender to pour out 16 shot classes and line then up on the bar. I then broadcast my predicament and said that anyone who would take a rolled up newspaper and dip it in the rum, set it on fire, then line up to light the runway would get a free pint if I landed successfully. I said that if I didn?t get help immediately, I might take out nearby Stonehenge, or perhaps Salisbury Cathedral, in the imminent crash.

Within seconds, I could see the flaming torches dispersing along the field, some in a somewhat drunken fashion. I landed right between the two ragged lines of my improvised landing lights, which lit up the field as clear as day. It was the first time that I landed on a runway that was living, breathing, and even staggering.

As I taxied to my parking space, the starboard engine ran out of fuel and shuddered to a halt. So I just abandoned the plane there to retrieve the next morning. Needless to say, I bought rounds for the house that night until no one was left standing.

Watching the Euro shatter its four month support line this morning at $1.2950, I felt exactly as I did all those years ago in the dark skies over the Wiltshire countryside. The concern was that my put options would run out of fuel before the currency made its big break, forcing me to crash and burn, as I almost did over England. The move sent my short position in the beleaguered currency soaring, and rendered the calls that I sold short only yesterday into dust. It was a good P&L day for the Mad Hedge Fund Trader?s model portfolio.

I am now seriously thinking of becoming a card carrying member of the Greek Communist Party, for it is their young leader, a Mr. Alexis Tsipras, who provided the final straw that broke the camel?s back. Its leaders threatened to challenge the legality of the recent bailout in court. Is Greek rescue package number three now in the cards? The development threatens to undo all of the hard won progress made this year towards resolution of the continent?s sovereign debt crisis. Did anyone expect that asking people to vote for their own austerity and starvation was going to work?

Long term currency watchers had been mystified as to why the Euro had held up so well in the face of such obviously collapsing fundamentals. The markets were rife with rumors of European Central Bank support at $1.30 to prevent a widespread panic that would ignite wholesale Euro dumping. My own theory was that the trade became so obvious and one sided that hedge fund short covering prevented it from falling further. Today, the fundamentals turned so dire that massive selling finally? cleared out? those positions, which is how these things always end.

All I can say is that when it rains, it pours. The profusion of the market developments that I have been predicting all year have suddenly come true in the last few days; the awful April nonfarm payroll, a global synchronized recession that is accelerating to the downside, and the end of the grotesque overpricing of the US stock markets. Also coming home to roost are the contagion effects on all ?RISK ON? assets, including equities (IWM), commodities (CU), oil (USO), the Euro (FXE) (EU), gold (GLD), silver (SLV), and a huge flight to safety bid for the dollar (UUP) and Treasury bonds (TBT).

I thought this summer might be boring. Perhaps I could be wrong. And you wanted me to manage your money? Anyone for a return flight to Brussels to finish that bottle of wine? 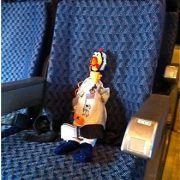 What to Do Now? 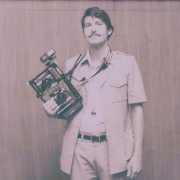 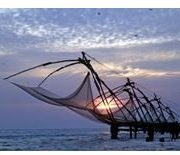