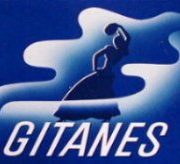 All eyes are now focused on Spain, where last week?s failed bond auction took yields back over 6% for ten year paper, and the pain is clearly not confined to the plain. But longer term focused analysts are wondering if France is really the next big over ripe piece of fruit to fall in Europe. Is France really a PIIG in sheep?s clothing?

The structural economic data are not good. Public debt is now at a nosebleed 90% and rocketing. Public spending soaks up 56% of GDP, more than any other Eurozone country.? Banks are severely undercapitalized. The unemployment rate has been stuck over 7% for more than 30 years. Nor has the country had a balanced budget for three decades. Exports are feeble compared to robust Germany. When was the last time you bought a Renault, a Hermes scarf for your significant other, or an Yves Saint Laurent suit for yourself?

The presidential election, which will be held in two rounds on April 22 and May 6 is not giving investors any cause for comfort. The embattled incumbent, Nicolas Sarkozy, wants to ramp up protectionism, soak French tax exiles, restrict immigration, and withdraw from Europe?s passport free Schengen zone.

Socialist Fran?ois Hollande, who is now ahead in some polls, wants a larger government, to hire 60,000 teachers, cut the retirement age from 62 to 60, and raise the maximum tax rate to 75%. Communist Jean-Luc M?lenchon is picking up support and insists that France should withdraw from NATO, instantly raise the minimum wage by 20%, and raise the top tax rate to 100%.

Please excuse me if I sound like I am stupide, an imb?cile, or a b?te, but aren?t all of these proposals guaranteed to send French deficits soaring, requiring them to dramatically increase their international borrowing? Don?t you think the LTRO has its hands full enough bailing out Portugal, Italy, Ireland, Greece, and Spain? This would be hugely equity negative.

Is it possible that the candidates are willing to sacrifice the French stock market in order to get elected? That has already been the case in the bond market, where investors have been fleeing en masse, sending yields spiking once more. Perhaps this is in response to Moody?s yanking of the country?s AAA status earlier this year.

This all sets up the land of Gitanes and Gauloises chain smokers as an enticing short for global fund managers. The easy play for US based investors is the France iShares ETF (EWQ), which you can sell short on margin, or buy puts. Wait for a rally to get a decent entry point.

For those amphibian readers who wish to debate my long term outlook for Gaul further and perhaps throw some stale croissants and some overage camembert at me, please buy a ticket to my July 17 Paris strategy luncheon by clicking here. Hopefully, you will be over your Bastille Day hangovers by then.

Are These Potential Shorts?