If anyone had any doubts about the future direction of stocks this year, you better take a look at the chart below for the S&P 500.

It shows a very convincing trend upward at almost a perfect 45-degree angle going back for the past year. The range is 100 points wide. It?s almost as if an architect drew it with drafting tools.

To take maximum advantage of this trend, you have to buy every 80 dip, as the floor is constantly rising. It?s as simple as that. Think of Trading 101 for Dummies.

We have had a host of challenges that threatened to knock us out of this channel for the past year.

A second Cold War with Russia? Wake me up when it?s over.

The ongoing collapse of Iraq? Snore?

The suspension of oil exports from Libya barely elicited a blip on your screen, as did the horrific civil war in Syria, a replay of the Middle Ages.

China slowdown? Pshaw! ?Sell in May and Go Away?? Cancelled!

All of these problems the market has weathered nicely, much like a wet dog shakes off water.

In fact, it has been three years since we endured the distress of a 10% correction, the self-inflicted wound triggered by the government?s hand wringing debt ceiling crisis.

In the end, it amounted to nothing, and was the last decent buying opportunity traders have seen. It has all be one giant ?chase? for performance and reach for yield since then.

The lesson of all of this is that what counts is the good old USA. That is what really is driving markets. All of those foreign distractions are just so much noise. At the end of the day, only the health of the American economy is what matters.

That?s all great news, because our economy is looking pretty darn muscular. Just last week, we saw the Markit August Purchasing Managers Index rocket from 55.8 to 58.0. Weekly jobless claims, the most accurate predictor of true business activity in this cycle, is plumbing seven-year lows. Housing data has just engineered a dramatic turnaround.

It gets better. The upshot of last week?s gathering of Federal Reserve officials at Jackson Hole, Wyoming is that ?normalization? is the new word du jour. What does this mean to us plebeians?

That the economy is so healthy that the government is actually thinking of raising interest rates sometime in the far future, possibly at the end of 2015, and then only by a little bit. That would bring to an end eight years of zero interest rate policy.

Until then, you have a government issued license to print free money. Buy the dips and sell the rallies, and work the 100-point range. If we continue ascending as we have done, the (SPX) should reach 2,100 by December, which happens to be my long held yearend target.

My bet is this could run all the way until April, when the next round of seasonal weakness kicks in again. If there is a risk of anything, it is that the buyers start to panic over missing the move and the (SPY) melts up, possibly as high as 2,200 by January, and 2,300 by March.

Of course, it?s always useful to engage in what my role model, Albert Einstein, called ?thought experiments? and consider what might cause the wheels to fall off of the bull market. To consider that in depth, please read ?What Could Derail the Coming Golden Age? by clicking here.

So what individual sectors should you focus on now? I hate to sound redundant and repetitive. As you may have noticed, ?boring? is not in my DNA (sending Trade Alerts on my iPhone while hanging by ropes from a cliff in the Swiss Alps during a ferocious storm?).

However, I?ll hark back to my favorite three legs for the economy, technology, energy, and health care. Biotechnology continues to sizzle, as do the car companies. And if bonds are peaking, as I believe, the entire financial sector is a screaming buy here.

One unknown is how the markets will take the Alibaba IPO in September, with an expected $150-$200 billion valuation, the largest in history. If institutions have to unload their existing holdings to make room for the new issues, it could trigger our next 4% correction. If that happens, buy the dip with both hands.

By the way, now that the summer is ending, subscription renewals are coming, so don?t forget to ?re-up? if you want to continue with your 41% average annualized returns.

Hey, the house is starting to shake. I think it?s an earthquake, a big one. Better get this out before the broadband goes down? 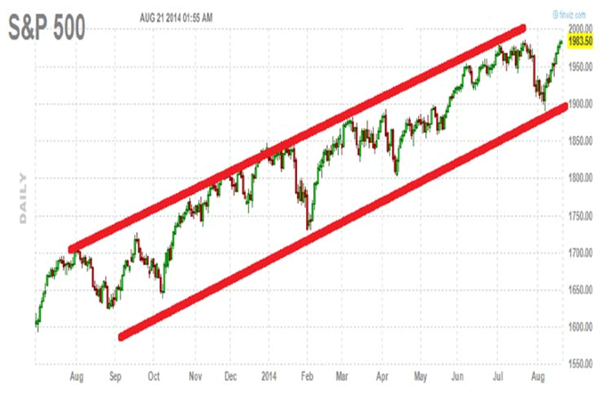 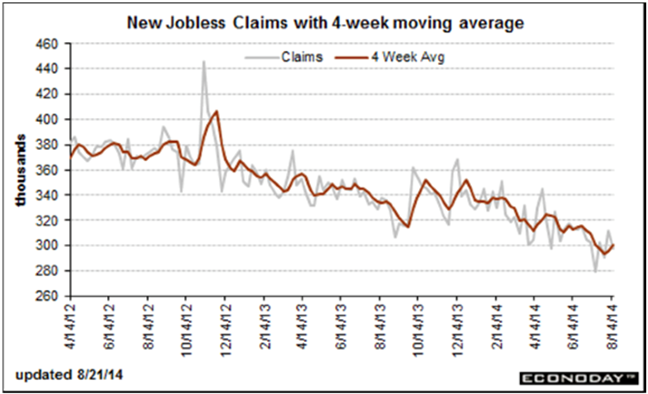 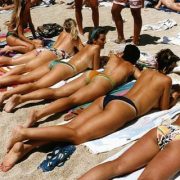 The Hard Numbers Behind Selling in May.