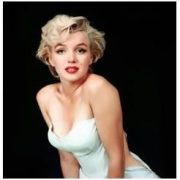 I am constantly asked where to find safe places to park cash by investors understandably unhappy with the risk/reward currently offered by the markets. Any reach for yield now carries substantial principal risk, the kind we saw, oh say, in the summer of 2007.
I have had great luck steering people into the Invesco PowerShares Emerging Market Sovereign Debt ETF (PCY) for the last few years, which is invested primarily in the debt of Asian and Latin American government entities, and sports a generous 4.75% % yield. This beats the daylights out of the one basis point you could earn for cash, the 2.0% yield available on 10 year Treasuries, and still exceeded the 3.84% yield on the iShares Investment Grade Bond ETN (LQD), which buys predominantly single ?BBB?, or better, US corporates.
The big difference here is that (PCY) has a much rosier future of credit upgrades to look forward to than other alternatives. It turns out that many emerging markets have little or no debt, because until recently, investors thought their credit quality was too poor. No doubt a history of defaults in the region going back to 1820 is in the backs of their minds.
You would think that a sovereign debt fund would be the last place to safely park your money in the middle of a debt crisis, but you?d be wrong. (PCY) has minimal holdings in the Land of Sophocles and Plato, and very little in the other European PIIGS. In fact, the crisis has accelerated the differentiation of credit qualities, separating the wheat from the chaff, and sending bonds issues by financially responsible countries to decent premiums, while punishing the bad boys with huge discounts.? It seems this fund has a decent set of managers at the helm.
With US government bond issuance going through the roof, the shoe is now on the other foot. Even my cleaning lady, Cecelia, knows that US Treasury issuance is rocketing to unsustainable levels (she reads my letter to practice her English).

Since my initial recommendation, my total return on (PCY) has been 50%, not bad for an insurance policy. Money has poured into (PCY), the net assets under management increasing nearly tenfold. If we get a sudden sell off in Treasury bonds, a scenario that may have already started, I think it will take the rest of the fixed income universe along with it. I therefore want to take the money and run.

I lived through the Latin American debt crisis of the seventies. You know, the one that almost took Citibank down? Never in my wildest, Jack Daniels fueled dreams did I think that I?d see the day when Brazilian debt ratings might surpass American ones. Who knew I?d be trading in Marilyn Monroe for Carmen Miranda? Given the advanced age of this bond bubble, I?m now thinking of swearing off women altogether.

Time to Swear Off Women Altogether?