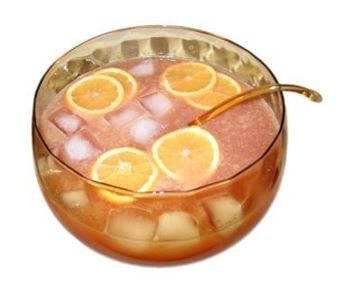 When Japanese central bank governor, Haruhiko Kuroda, announced the most aggressive monetary stimulus program in history last week, he no doubt expected Tokyo share prices to head for the moon. In that, he has succeeded admirably, the yen hedged Japanese equity ETF (DXJ) soaring by 13.4% in the five trading days since he lobbed his bombshell.

What the bespectacled bureaucrat did not anticipate was that his action would send American shares through the roof as well. Both the Dow average and the S&P 500 surged to new all time highs today, much of the move powered by new Japanese cash. Just when American traders were wringing their hands over the potential loss of quantitative easing, they instead were handed a second campaign of ultra monetary easing.

Until last week, the Fed was pumping $85 billion a month into the financial system. From this week, the Fed plus the BOJ monthly total doubles to $170 billion. I don?t have to draw pictures for you to explain what this means for stock prices.

Indeed, the BOJ?s fingerprints could be found daily on securities of almost every imaginable description. What they have been buying is size exchange traded funds of equities (ETF?s) and bonds of every maturity. Imagine the Fed coming in one morning, calling all the major brokers, and placing orders for a billion dollars each of the (SPX) and the (IWM). That is what?s happening in Japan now.

The problem is that domestic investors in Japan have been unloading positions they have been lugging for years to the central bank, and then reinvesting the cash into better quality, higher yielding US stocks. Notice how well the big cap dividend yielders have been trading, favorite targets of foreign investors. Notice, also, that technology appears to be staging a turnaround on the back of the international money, with recent pariah, Apple (AAPL) actually showing signs of life.

It?s easy to see why this is happening. If you were a Japanese investor, would you want to buy a low growth, low yielding stock in a depreciating currency? Or buy a share in a faster growing company with a much higher dividend an appreciating currency. I rest my case. God bless America!

Needless to say, beyond the sunset made a complete hash of my few remaining short positions in the S&P 500, which only had seven days left to run into expiration. Thank you, Mr. Market for my biggest loss of the year.

Fortunately, that hickey was more than generously offset by profits on shorts I harvested last week, in addition to remaining longs in Bank of America (BAC), Apple (AAPL), and hefty shorts in the yen. As of this writing, I am up a breathtaking 37% so far in 2013.

Where does this party end? Now that we have two QE?s, instead of just one, I think it is safe to say that risk assets everywhere are going much higher. How high is anyone?s guess. It also means that the ?RISK OFF? assets of gold (GLD), silver (SLV), and Treasury bonds (TLT) are headed lower. That?s why I added a long in the leverage short Treasury bond ETF (TBT) this week for the first time in years. The punch bowl just got topped up again, and I don?t have to be asked twice to refill my glass.

The Punch Bowl Has Just Been Refilled

I ran through a number of charts provided by my friends at Stockcharts.com, and as a person who has been piling on the shorts for the past two weeks I was greatly encouraged. Almost every single one was pregnant with gloomy implications. This is all happening a mere 12 days before the Great Escape in May commences. Virtually every technical indicator I follow is now flashing warning signs and ringing alarm bells.

This all suggests that 1,325 for the S&P 500 is a chip shot on the downside, and maybe more. I have a feeling that killings are about to me made on the short side.