I have to tell you that flip-flopping from extreme optimism to extreme pessimism and back is a trader’s dream come true. Volatility is our bread and butter.

Long term followers know that when volatility is low, I struggle to make 1% or 2% a month. When it is high, I make 10% to 20%, as I have for two of the last three months.

That is what the month of October has delivered so far.

To see how well this works, the S&P 500 is dead unchanged so far this month, while the Mad Hedge Fund Trader alert service is up a gangbuster 10% and we are now 70% in cash.

While the market is unchanged in two years, risk has been continuously rising. That's because year on year earnings growth has fallen from 26% to zero. That means with an unchanged index, stocks are 26% more expensive.

Entire chunks of the market have been in a bear market since 2017, including industrials, autos, energy, and retailers. US Steel (X), which the president’s tariffs were supposed to rescue, has crashed 80% since the beginning of 2018.

The great irony here is that while the Dow Average is just short of an all-time high, all of the good short positions have already been exhausted. In short, there is nothing to do.

So, the wise thing to do here is to use the 1,200-point rally since Thursday to raise cash you can put to work during the next round of disappointment, which always comes. If we do forge to new highs, they will be incremental ones at best. That’s when you let your passive indexing friends pick up the next bar tab, who unintentionally caught the move.

In the meantime, we will be bracing ourselves for the big bank earnings due out this week which are supposed to be dismal at best. JP Morgan (JPM), Wells Fargo (WFC), and Citigroup (C) are out on Tuesday and Bank of America (BAC) publishes on Wednesday.

That’s when we find out how much of this move has been about unicorns and candy canes, and how much is real.

Trump demoed his Own trade talks, creating a technology blacklist and banning US pension investment into the Middle Kingdom. He also hints he’ll take a small deal rather than a big one. Great for American farmers but leaves intellectual property and forced joint ventures on the table, throwing the California economy under the bus. I knew it would end this way. It’s very market negative. Without a trade deal, there is no way to avoid a US recession in 2020.

The Inverted Yield Curve is flashing “recession.” The three-month Treasury yield has been above the 10-year bond yield since May, and that always says a downturn is coming. The time to batten down the hatches is now.

US Producer Prices plunged in September, down 0.3%, the worst since January. It’s another recession indicator but also pushes the Fed to lower rates further.

Inflation was Zero in September, with the Consumer Price Index up 1.8% YOY. Slowing economy due to the trade war gets the blame, but I think that accelerating technology gets the bigger blame.

New Job Openings hit an 18-month low, down 123,000 to 7.05 million in August, as employers pull back in anticipation of the coming recession. Trade war gets the blame. The smart people don’t hire ahead of a recession.

FedEx (FDX) is dead money, says a Bernstein analyst, citing failing domestic and international sales. No pulling any punches, he said “The bull thesis has been shredded.” Not what you want to hear from this classic recession leading indicator. Nobody ships anything during a slowdown.

Loss of SALT Deductions cost you $1 trillion, or about 4% per home, according to an analysis by Standard & Poor’s. Quite simply, losing the ability to deduct state and local tax deductions creates a higher after-tax cost of carry that reduces your asset value. If you bought a home in 2017 you lost half of your equity almost immediately. The east and west coast were especially hard hit.

Fed to expand balance sheet to deal with the short-term repo funding crisis, which periodically has been driving overnight interest rates up to an incredible 5%. Massive government borrowing is starting to break the existing financial system. What they’re really doing is trying to head off to the next recession.

The Fed September minutes came out, and traders seem to be expecting more rate cuts than the Fed is. Trade is still the overriding concern. The next meeting is October 29-30. It could all end in tears.

Apple (AAPL) raised iPhone 11 Production by 10%, to 8 million more units, according Asian parts suppliers. Great news for its $1,089 top priced product ahead of the Christmas rush. It turns out that an Apple app is helping Hong Kong protesters manage demonstrations. I’m keeping my long, letting the shares run to a new all-time high. Buy (AAPL) on the dips.

The Mad Hedge Trader Alert Service has blasted through to yet another new all-time high. My Global Trading Dispatch reached new apex of +347.48% and my year-to-date accelerated to +47.24%. The tricky and volatile month of October started out with a roar +9.82%. My ten-year average annualized profit bobbed up to +35.64%.

Some 26 out of the last 27 trade alerts have made money, a success rate of 94%! Underpromise and overdeliver, that's the business I have been in all my life. It works. This is rapidly turning into the best year of the decade for me. It is all the result of me writing three newsletters a day.

I used the recession fear-induced selloff after October 1 to pile on a large aggressive short-dated portfolio which I will run into expiration. I am 60% long with the (SPY), (IWM), (USO), (WMT), (AAPL), and (GOOGL). I am 10% short with one position in the (IWM) giving me a net risk position of 50% long. All of them are working.

The coming week is pretty non-eventful of the data front. Maybe the stock market will be non-eventful as well.

On Monday, October 14, nothing of note is published.

On Wednesday, October 16, at 8:30 AM, we learn the September Retail Sales. Bank of America (BAC) and CSX Corp. (CSX) report.

On Thursday, October 17 at 8:30 AM, the Housing Starts for September are out. Morgan Stanley (MS) reports.

As for me, I’ll be going to Costco to restock the fridge after last week’s two-day voluntary power outage by PG&E. Expecting Armageddon, I finished off all the Jack Daniels and chocolate in the house. We managed to eat all of our frozen burritos, pork chops, steaks, and ice cream in a mere 48 hours. But that’s what happens when you have two teenagers.

Hopefully, it will rain soon for the first time in six months bringing these outages to an end. 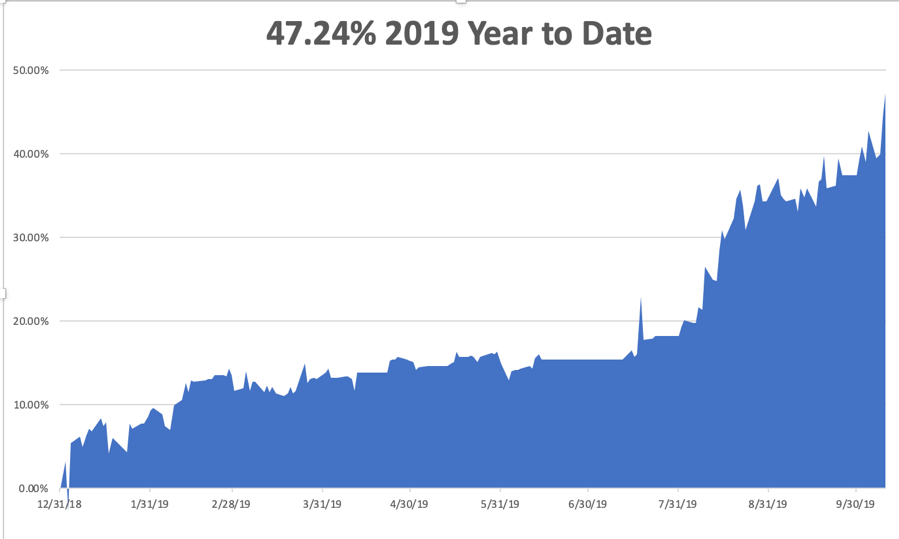 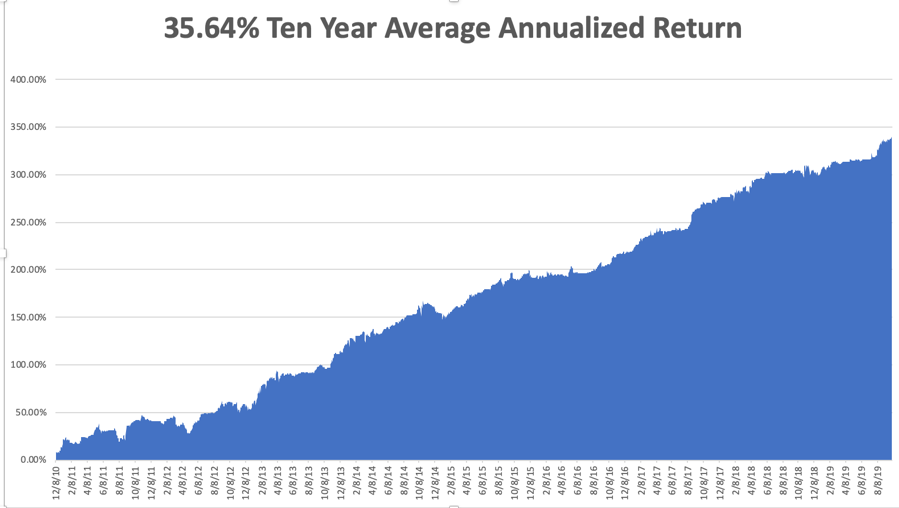 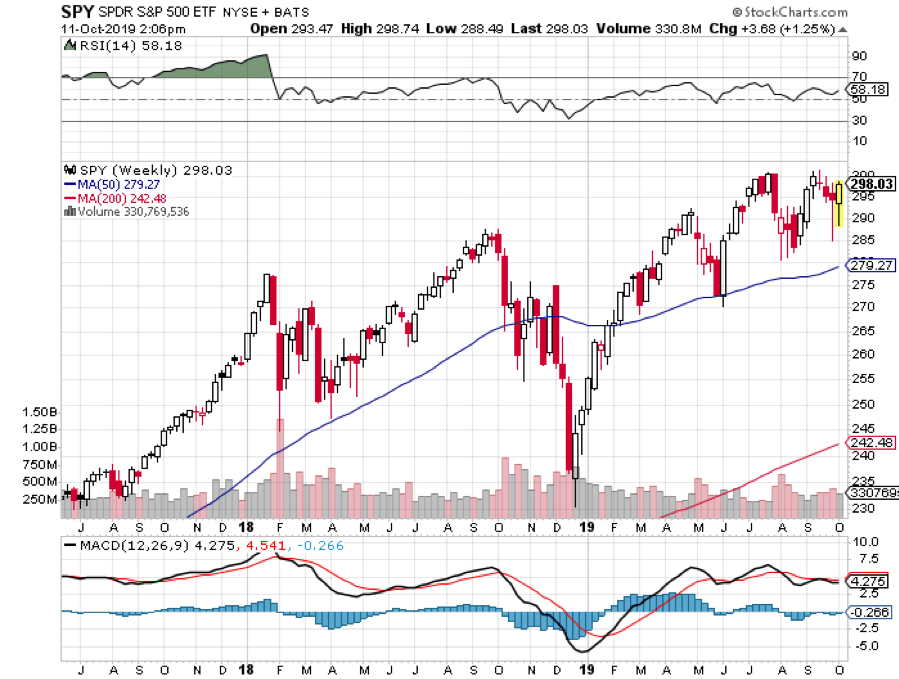 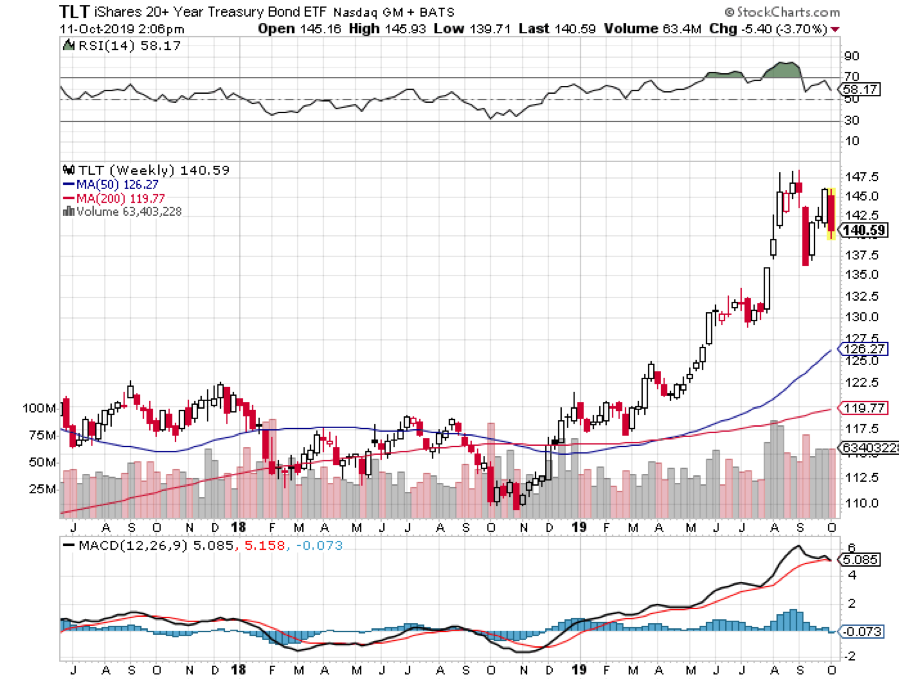 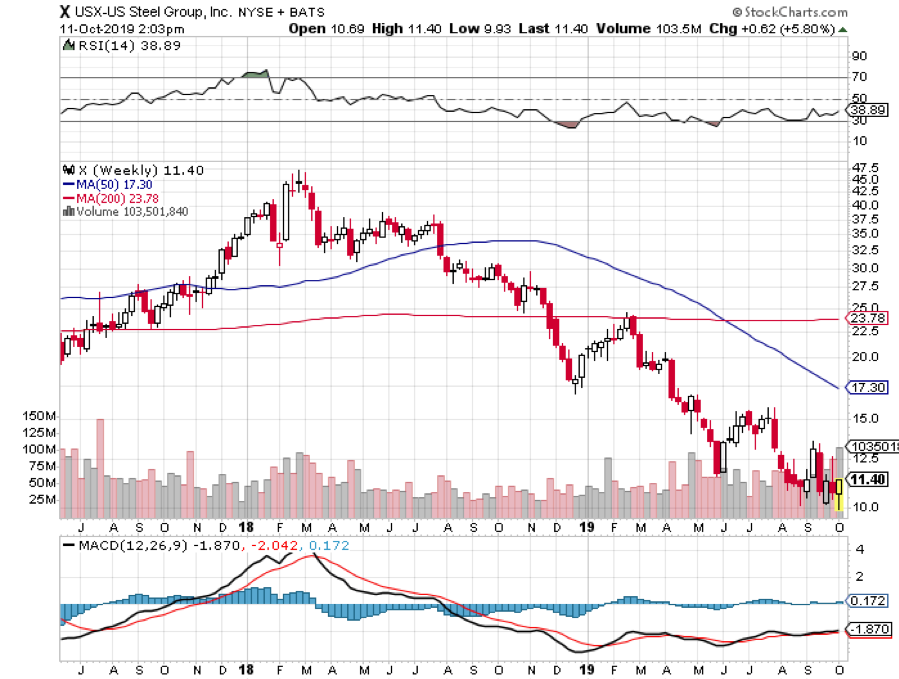 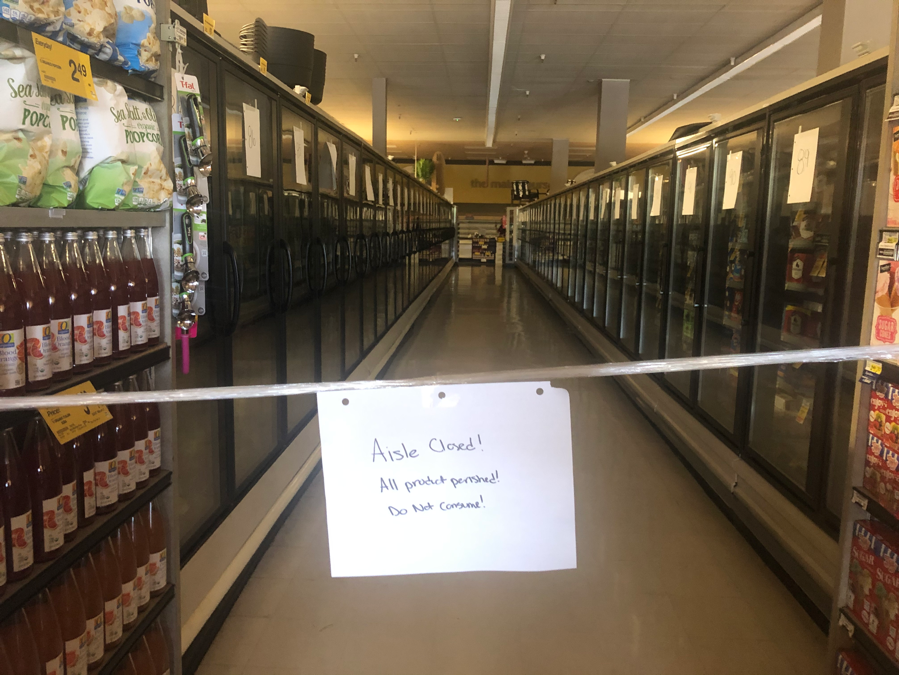 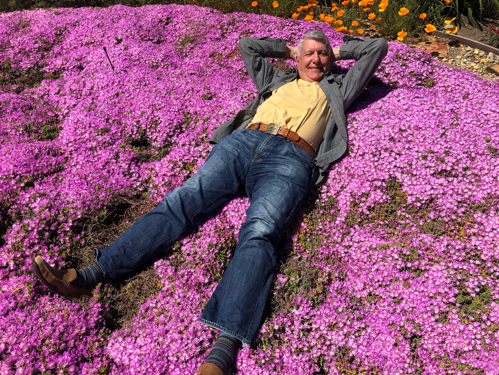 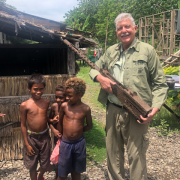 The Market Outlook for the Week Ahead, or Battling the Coronavirus

What is Autonomous Driving Really Worth October 14, 2019
Scroll to top