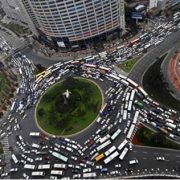 Hedge fund titan, Jim Chanos, is well known for his extremely bearish views on China. He says that the cracks are spreading on the fa?ade, real estate sales are falling, and that the economic engine is starting to sputter.

This will be bad news for the rest of us, as China imports 50%-80% of the world?s commodities. Commodity exporting countries will be especially hard hit, like Canada, Australia, and parts of the US. Modern China has only seen a bull market, and he doubts their ability to manage a true crisis.

There is a widespread misperception that the government will step in and provide any bailouts that will be needed. The domestic Chinese banking system has in fact already been bailed out two times. The harsh reality is that while Chinese companies are selling billions of dollars? worth of new stock issues in the US through IPO?s, a privileged elite is getting their money out of the country as rapidly as they can.

Jim says that he already has short positions in the Middle Kingdom that are profitable. There is no way that even a wrinkle in a market of this size is without global implications, and on that point Jim is right.

However, I think that Jim, who confesses to having never visited China, is missing the broader long-term picture here. China has literally been building a Rome a day, the ancient kind, and the modern size every two weeks. In a year, it builds the equivalent of the entire housing stock of Spain, and in 15 years the equivalent for all of Europe.

While a lot of apartment buildings have been constructed, the country is rapidly creating the middle class to fill them. Even allowing for a pull back from its past blistering 11% per annum GDP growth rate to only 7.7%, urban disposable income per person is expected to grow by 2.5 times to $7,500 by 2020.

Over the same time frame, some 160 million are expected to move from the hinterlands to urban areas. Rising standard of livings mean that residential floor space per person will jump from 270 square feet to 369 square feet, still tiny by Western standards. That is a lot of housing demand.

China has already taken steps to head off a housing crisis, unlike the US. Many banks are now demanding cash deposits of 40%, well over the official requirement of 30%. The government is in effect forcing the banks to deleverage before hard times hit. Too bad they didn?t think of that here.

I think China still has several good years ahead of it, and I am going to pile into the stock ETF (FXI) and the Yuan ETF (CYB) as soon as the current bout of malaise selling exhausts itself. The Country?s real challenge arises when its demographic pyramid starts to invert in about five years, the result of a then 35 year old ?one child? policy, when too many single children have to start supporting two retiring parents. 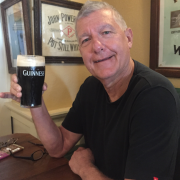 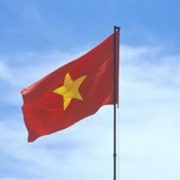 How US Job Losses Will End 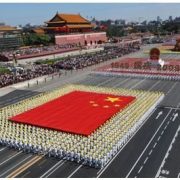