(THANK YOU FROM THE MAD HEDGE FUND TRADER),
(MY LAST RESEARCH PIECE OF THE YEAR) 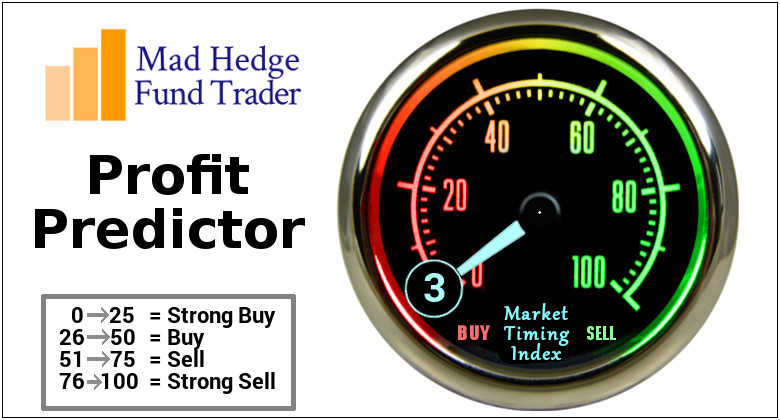 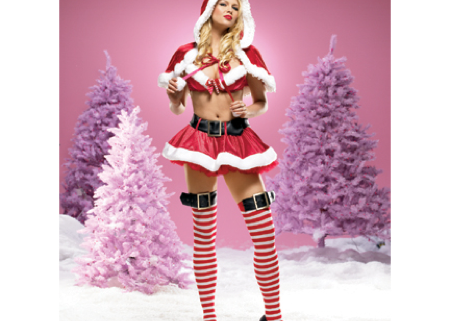 “If the Fed brings a lump of coal in 2019, then they better bring some candy canes for the kids as well,” said Bill Gross, former CEO of bond giant, PIMCO. 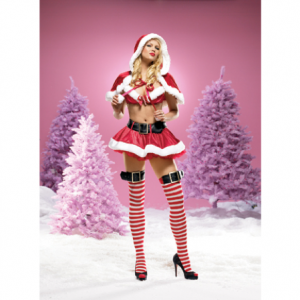 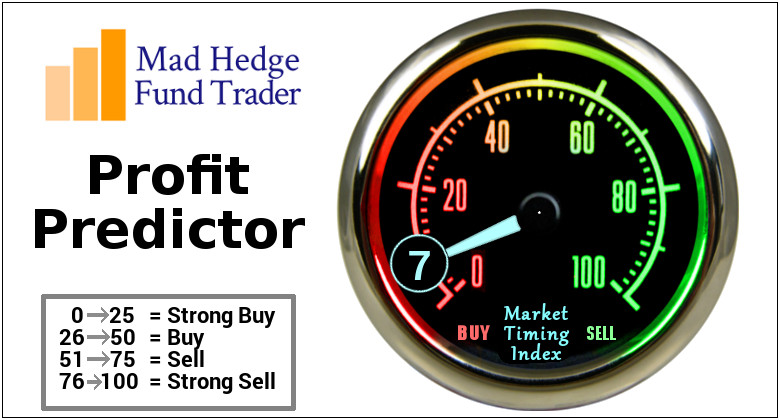 1) December is the Worst Month of the Year, for the first time in market history. Santa Claus goes on strike. Trade wars, rising interest rates, government shut down? There is a lot of blame to go around. Click here.

2) NY Fed Governor Williams Juices the Market for 300 Points. What a difference a word makes! By saying rate rises are NOT on autopilot he triggered a monster rally. Apparently, the Fed cares about the stock crash after all. Click here.

4) November Durable Goods Plunge from 1.3% down to 0.8%. Isn’t this what the numbers are supposed to look like going into a recession? Click here.

5) Mad Hedge Hot Tips Will be Taking a Two Week Break. When the peloton TV adds dominate the airwaves, it time to get out of town. Catch you on the ski slopes at Lake Tahoe. See you again on January 7. Good luck in the New Year. John Thomas.

(WHY CASH IS ALWAYS THE BEST HEDGE)

(PRINT YOUR OWN CAR),

(WHY CASH IS THE BEST HEDGE)
(INDU)
(PRINT YOUR OWN CAR),
(TESTIMONIAL) 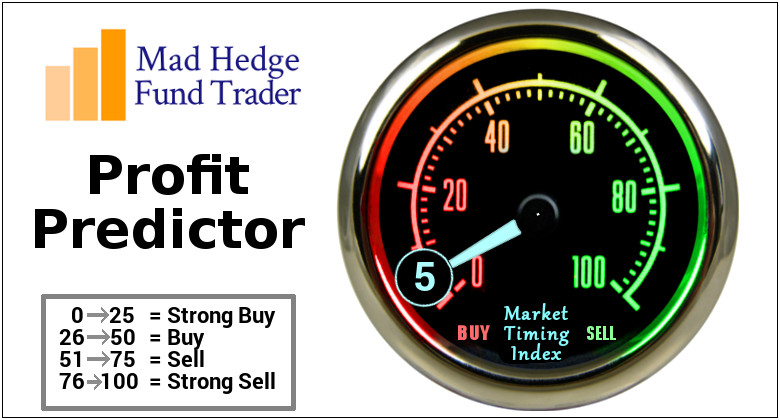 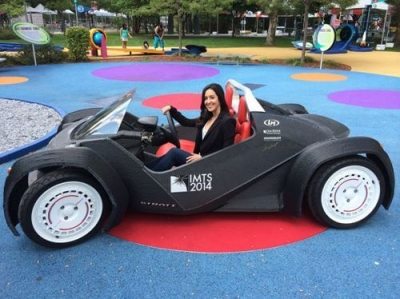 I am ever on the lookout for disruptive technologies that lead to great investment opportunities. Sitting here next door to Silicon Valley, that is not hard to do.

Beyond the drive train, the vehicle has only 50 parts. This compares to the 5,000 or 6,000 parts needed for a conventional car. There’s a gigantic labor and cost saving right there.

I have to admit that I came late to the 3-D printing scene. When hobbyists started making colorful figurines on their printers a few years ago, I thought it no more than a niche of a few passionate geeks who are in such abundance here.

That was a good thing because the initial batch of stock market plays all went meteoric, then crashed and burned.

Such is often the case with cutting-edge technologies. You often don’t generate real profits until you get the second or third generation.

That’s the way the personal computer started which went mainstream with incredible speed in the early 1980s (to get the flavor of the day, watch the hit AMC series “Halt and Catch Fire”).

Then my biotech friends told me they were printing human organs substituting ink with cells. After that, I discovered that Elon Musk was using 3-D printers to build rocket engine parts at his Space X venture in Los Angeles.

Suddenly, I started to take the technology seriously.

Arizona-based Local Motors plans to take a great leap forward with the launch of a 3D printed car next year (click here for their website).

Dubbed the “Strati” (layers in Italian), the vehicle is made of reinforced carbon fiber thermoplastic, or ABS. It has one fifth the weight of steel with ten times the strength. You can pick up the car with two hands.

The company planned to build two versions of its vehicle during the first quarter of 2016. One would be a low-speed battery car or so-called neighborhood electric vehicle priced between $18,000 and $30,000. Faster, higher-priced versions would come later.

While the entry costs to the auto industry are legendarily high, in the billions of dollars, Local Motors’ upfront expenses are miniscule by comparison. The 49 foot long printer needed to print the body costs only $50,000.

Oak Ridge National Labs in Tennessee is a partner in the project which helped develop the monster printer. Nuclear weapons historians will recall them as the first refiner of U-235 during WWII.

It is the first effort to fundamentally change the way cars are put together since Henry Ford modernized the auto assembly line 100 years ago.

Local Motors is an internet creation all the way. It obtained its original funding through crowdsourcing, and held an international contest to find a design.  An Italian won, hence the name.

It’s hard to see the Strati threatening the Tesla (TSLA), or any conventional car manufacturer any time soon. The current car is not yet street legal, and only does 40 miles per hour.

There is no great trading or investment play here yet. It is still early days. Give it a year or two.

However, it could be a hint of great things to come. I’ll take mine in black.

Ah, But is the Girl Printed As Well? 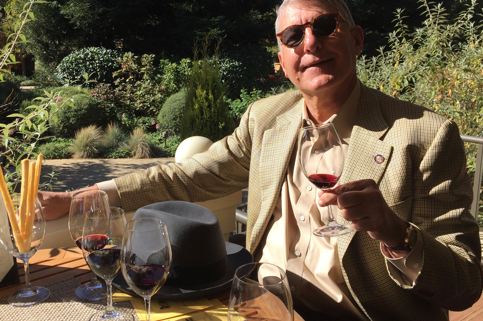 I can’t tell you how much I enjoy your blog. It is the first place I go every morning and I miss you on the weekends.

I stumbled upon your site about 4 months ago and have been addicted to it since day one. I really appreciate not only your insight into the markets but also your global and historical perspectives.

All of this served up with your great sense of humor makes it a must read! Thanks for all your hard work. 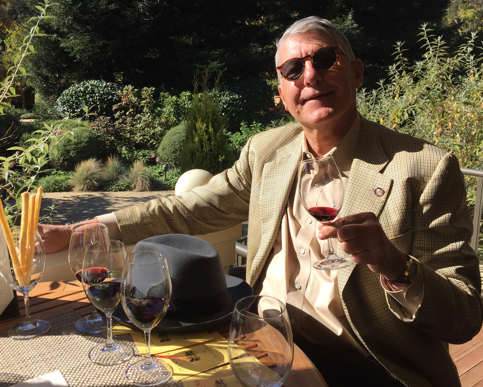 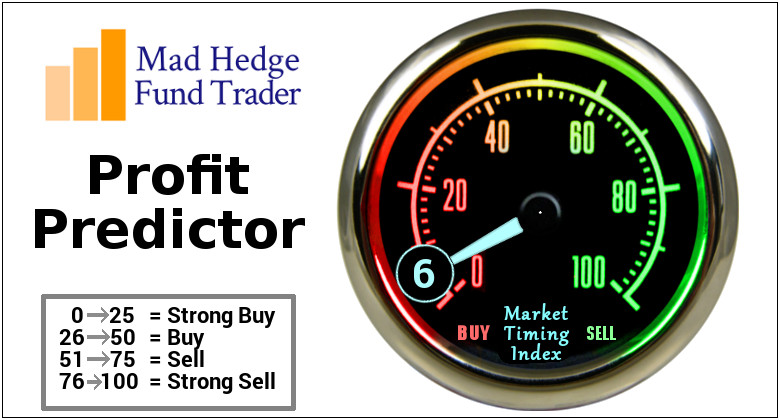 1) That Was Some Rate Hike! Only 25 basis points knock 900 points off the Dow Average in an hour. What if he had raised by 50 points? The Fed says the economy is great, the stock market says it isn’t. Still, down 4,000 points in less than three months, you’d think we’re getting close to a bottom. Click here.

2) New York Home Prices are in Free Fall, thanks to the loss of local and mortgage tax deductions in the Trump tax bill. California and New Jersey are following close behind. Goodbye, home ATM! Click here.

4) Weekly Mortgage Applications Down 5.8%, in one of the sharpest drops in years. How come we can see these numbers and the Fed can’t? Click here.

(THE GLASS HALF EMPTY MARKET)

(HOW TO EXECUTE A VERTICAL BULL CALL SPREAD),

(THE GLASS HALF EMPTY MARKET)
($INDU), (SPY)
(HOW TO EXECUTE A VERTICAL BULL CALL SPREAD),
(AAPL) 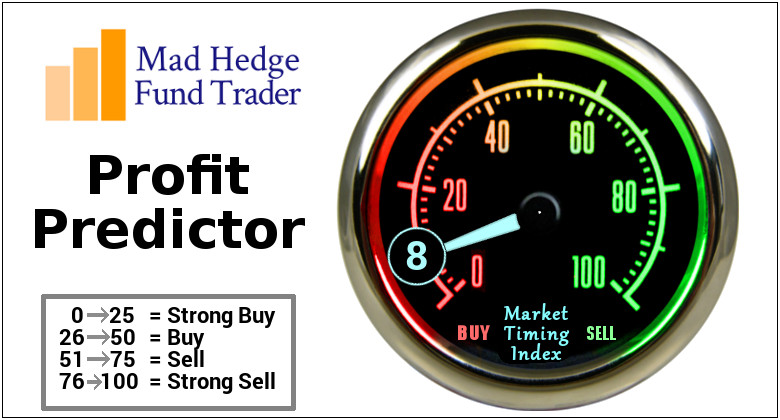 When John identifies a strategic exit point, he will send you an alert with specific trade information as to what security to sell, when to sell it, and at what price. Most often, it will be to TAKE PROFITS, but, on rare occasions, it will be to exercise a STOP LOSS at a predetermined price to adhere to strict risk management discipline. END_OF_DOCUMENT_TOKEN_TO_BE_REPLACED 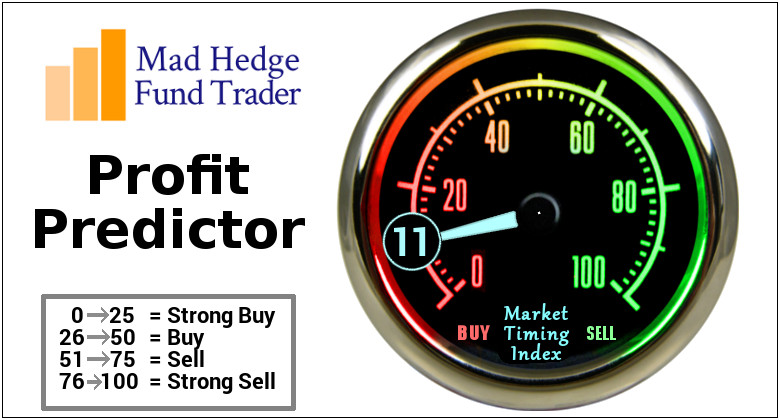 1) (SPX) 1,530 Held. Is this the final bottom of the move? Have we really been in a bear market for 11 months and are about to enter a new bull market? Interesting thought. I jumped from a 10% to 40% long yesterday. Click here.

2) All Eyes Are on the Fed. Their interest rate decision is out at 2:00 PM EST. Everything else is irrelevant. I can’t remember when so much attention is focused on our nation’s central bank. Click here.

3) Stock Buybacks Hit an All-Time High at $1.1 trillion in 2018, on an authorized basis with only $800 billion already spent. Boeing (BA), Johnson & Johnson (JNJ), United Health Services (UNH), and of course, Apple (AAPL) have been the biggest buyers. Will there be a buyback panic going into yearend? Click here.

4) November Existing Home Sales Down 7.0% YOY, the worst read since 2011. December alone was up 1.9%. The West took the biggest hit because it has the highest prices. Will the last one to leave please turn out the lights? Click here.

5) Is the Border Wall a Mirage? If so, stocks would love it as the Friday government shutdown will be averted. Click here.

(HOW TECH IS EATING INTO HEALTHCARE COSTS)