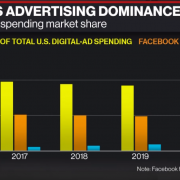 Google will start monetizing it, let me tell you about it.

The web mapping service developed by Google gifting access to satellite imagery, aerial photography, street maps, 360° panoramic views of streets has been around since the beginning of this generation of big tech and is what I would consider legacy technology.

Legacy technology is often associated with failure as the out of date nature isn’t applicable to the tech scene and the commercialization of it today.

In a candid letter, Jeff Bezos wrote to shareholders that Amazon will “occasionally have multibillion-dollar failures.”

Silicon Valley tech will have its share of implosions stemming from ill-fated industry decisions correlating to heavy losses.

Google Maps won’t be one of these slip-ups.

However, a whole catalog of instances can be chronicled from Microsoft’s purchase of Nokia’s handset division to Google’s social media foray in Google Plus.

It hasn’t gone all pear-shaped for Alphabet in 2019. I strongly believe they are one of the companies of the year harnessing YouTube in ways consumers never imagined.

Adding color to the story, any remnant of apprehension to any bearish feelings about Alphabet should vanish once investors understand how lucrative Google Maps will become.

Google has spent decades and billions of capital honing the application and in terms of market share they have cultivated a monopoly.

Uber’s S-1 filing shined some light on Google Maps characterizing it as a must-have input into their business saying, “We do not believe that an alternative mapping solution exists that can provide the global functionality that we require to offer our platform in all of the markets in which we operate.”

Uber sunk $58 million integrating Google Maps into its services from 2016-2018 along with continuous payments to its Google Cloud arm to host Uber’s data.

The strong relationship with Uber shows how Alphabet is adept at milking 3rd party apps for what they are worth.

Alphabet’s stake in Uber is projected to be $5 billion from the $250 million investment in Uber in 2013.

The party doesn’t stop there with Uber paying Alphabet $631 million from 2016-2018 in digital marketing services and another $70 million for technology infrastructure.

To say that Google firmly has its tribal marks tattooed into Uber’s skin is an understatement.

Google Maps is the most popular navigation app by a country mile with 67% of market share.

It is the go-to navigation app for nearly 6x more people compared to the runner up app Waze with 12% market share.

The superior performance of the app has allowed it to branch off into a Yelp-like hybrid app accumulating reviews of businesses and institutions that are conveniently dotted around its map.

Multi-functional terrain was integrated to make the maps more 3D and route navigation from point A to B routes has steadily improved since its inception.

The increasing detail showing even roofs of sheds and the Google street view offering a point of view vantage point boosting the reliability of the app.

The result of making the app better is that navigators can easily discern locations and follow routes clearly.

Most would concede that they use the app to look up specific street routes.

By implementing digital ads into the experience, product and service offers will possibly populate in real time as the user glances at the app’s directions.

A vast amount of services such from food to personal grooming to even cannabis club ads could be applicable and ad companies will pay top dollar to post on Google Maps.

Google could also offer personalized recommendations to users and collect an affiliate fee if the user clicks on an attached link transferring the customer to a 3rd party landing page.

They already benefit from this strategy on Google Flights.

Google might even be tempted to implement a Groupon model with group discounts on services positioned on Google Maps.

Google Maps is hands down the most underappreciated app and most under monetized tech asset in the world.

Another possible revenue generation avenue would be the advent of Google Maps voice ads en route to a destination that would promote a 5 or 10 second voice commercial of a businesses that the user is physically passing by.

Google’s move into digital ads of maps effectively means that Yelp will be relegated to an inferior version of Google Maps without the map technology.

These four data generators will allow Google to formulate a shadow profile based on individual tastes with daily use of these four Google properties.

Alphabet has a time-honored model of building assets that become utilities and once they monopolize the utility, they sprinkle the digital ad pixie-dust effectively monetizing the asset that was once free of charge.

They have followed the same road map for Gmail, Google Search, YouTube, and if Waymo can become a utility, prepare from Google digital ads inside the screens of Waymo autonomous cars.

When many sulked that this could be one of those billion-dollar failures that Bezos whined about, Google has decided to supercharge Google Maps by cross-pollinating the power of Google maps with its digital advertising knowhow.

This powerful cocktail of forces working in tandem will accelerate its revenue growth along with the resurgence of its YouTube digital ad revenue.

I believe this new lever of revenue growth isn’t priced into Alphabet shares yet, and withstanding any random black swan shocks to the broader economy, Alphabet is poised to outperform the rest of the trading year.

Short Yelp on any and every rally – Google has made their business model redundant. 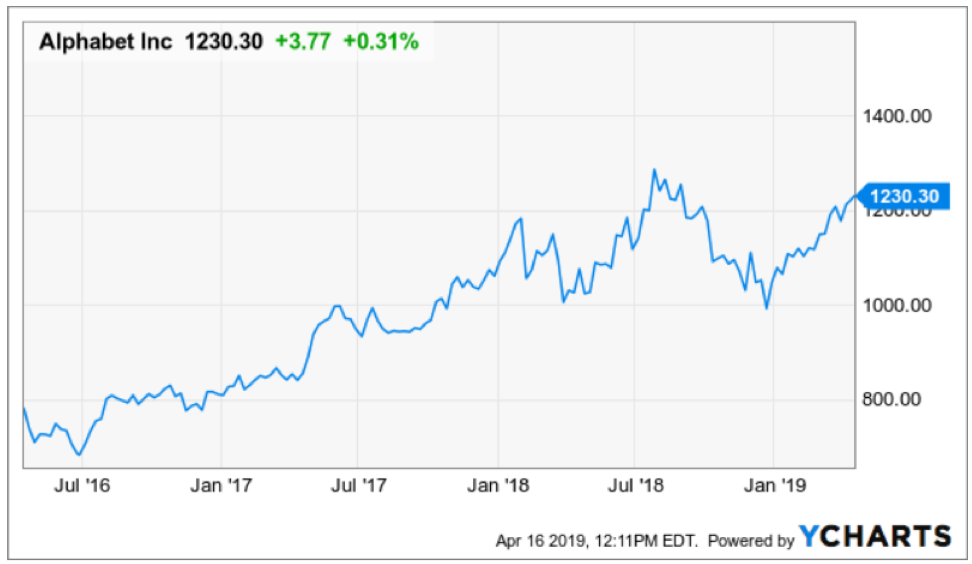 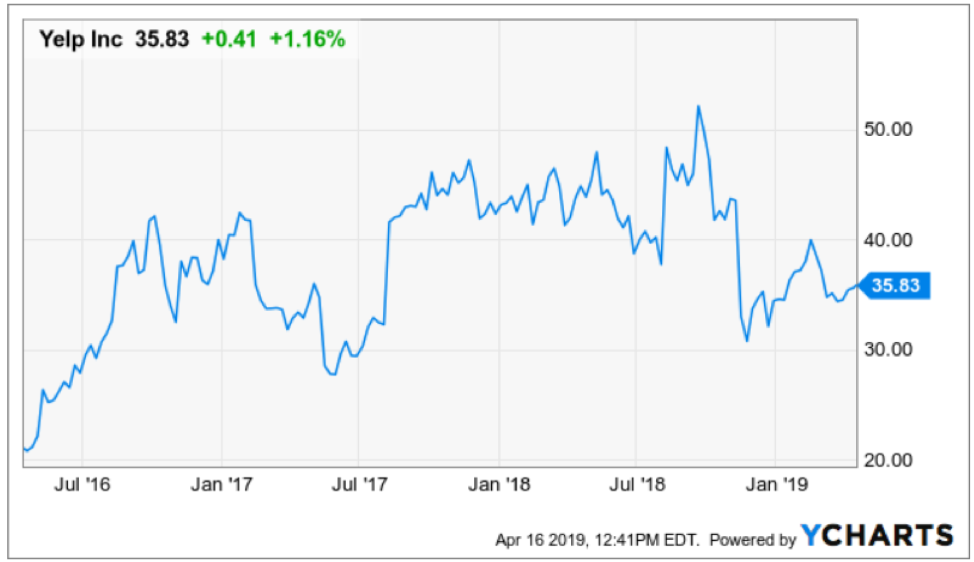 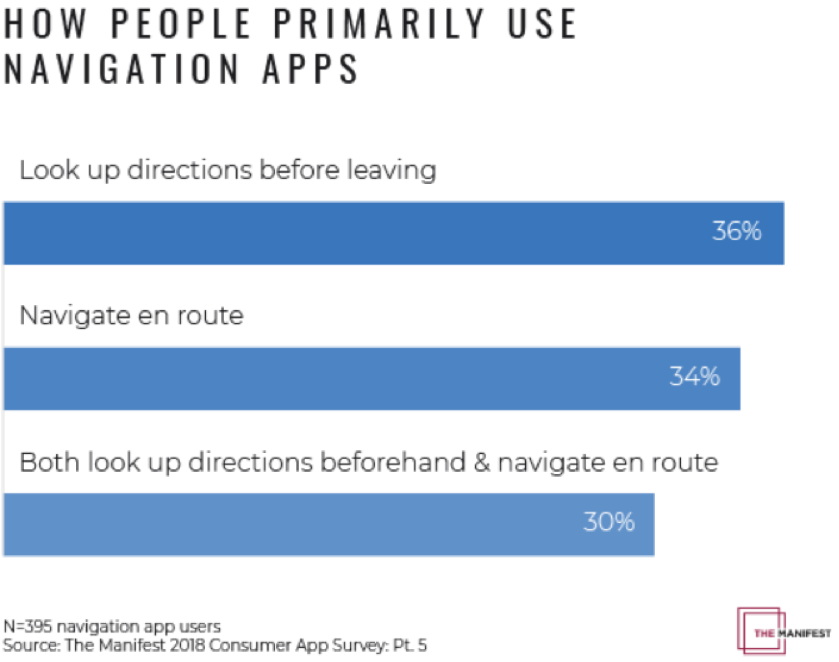 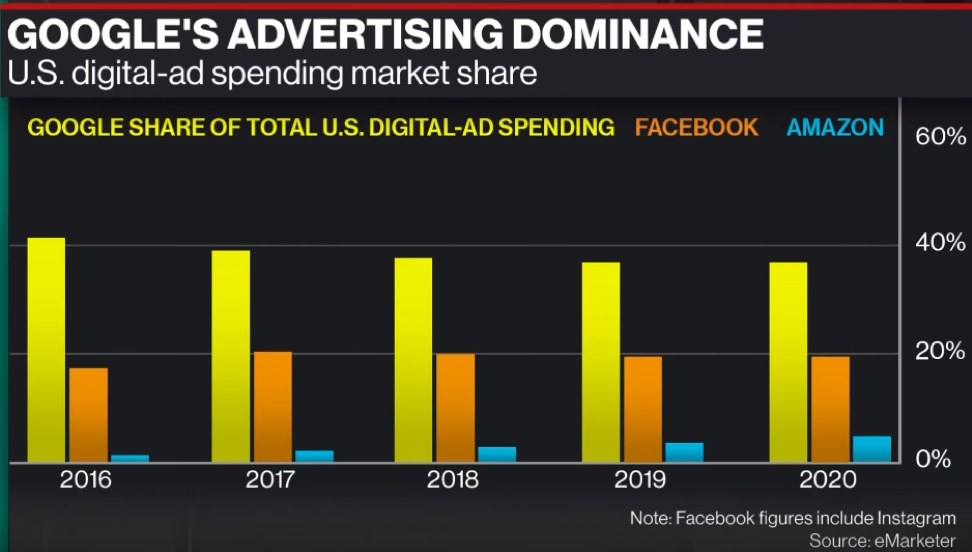 What is Autonomous Driving Really Worth
August 9, 2019

What About Asset Allocation?
Scroll to top