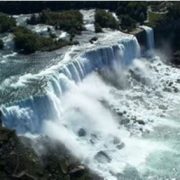 If you think that an energy shortage is bad, it will pale in comparison to the next water crisis. So, investment in freshwater infrastructure is going to be a great recurring long-term investment theme.

One theory about the endless wars in the Middle East since 1918 is that they have really been over water rights.

Although Earth is often referred to as the water planet, only 2.5% is fresh, and three quarters of that is locked up in ice at the North and South poles. In places like China, with a quarter of the world’s population, up to 90% of the fresh water is already polluted, some irretrievably so by heavy metals.

Some 18% of the world population lacks access to potable water, and demand is expected to rise by 40% in the next 20 years.

Aquifers in the US, which took nature millennia to create, are approaching exhaustion especially in Northern India and California’s Central Valley. While membrane osmosis technologies exist to convert seawater into fresh, they use ten times more energy than current treatment processes, a real problem if you don’t have any, and will easily double the end cost of water to consumers.

While it may take 16 pounds of grain to produce a pound of beef, it takes a staggering 2,416 gallons of water to do the same. Beef exports are really a way of shipping water abroad in highly concentrated form. Hence, the spectacular performance of fake meat producer Beyond Meat (BYND) this year (try one, they’re not so bad).

The UN says that $11 billion a year is needed for water infrastructure investment, and $15 billion of the 2008 US stimulus package was similarly spent.

It says a lot that when I went to the University of California at Berkeley School of Engineering to research this piece, most of the experts in the field had already been retained by major hedge funds!

At the top of the shopping list to participate here should be the Claymore S&P Global Water Index ETF (CGW), which has appreciated by 14% since the October low.

Who has the world’s greatest per capita water resources? Siberia, which could become a major exporter of H2O to China in the decades to come. 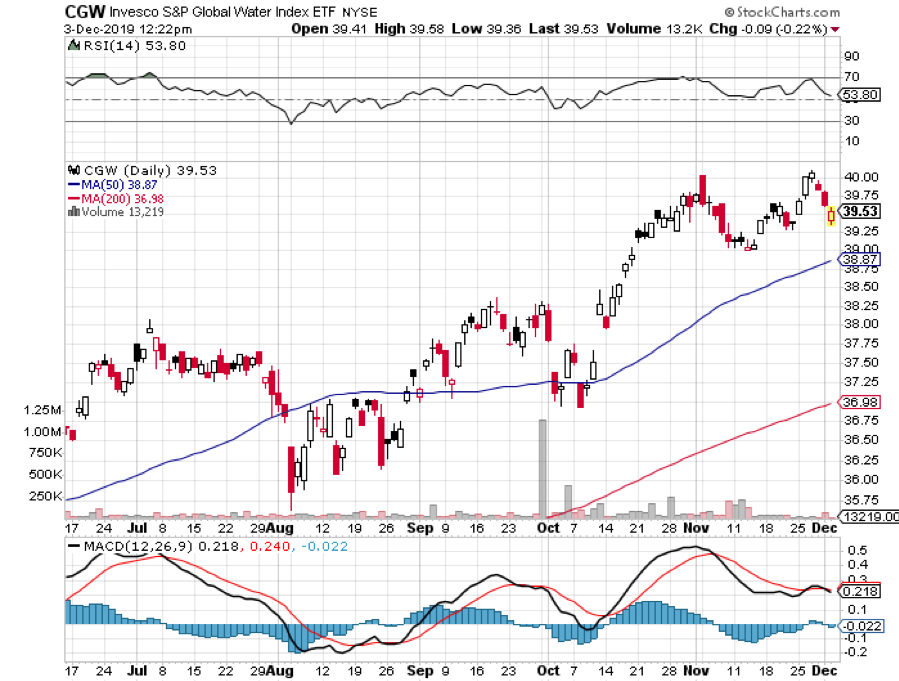 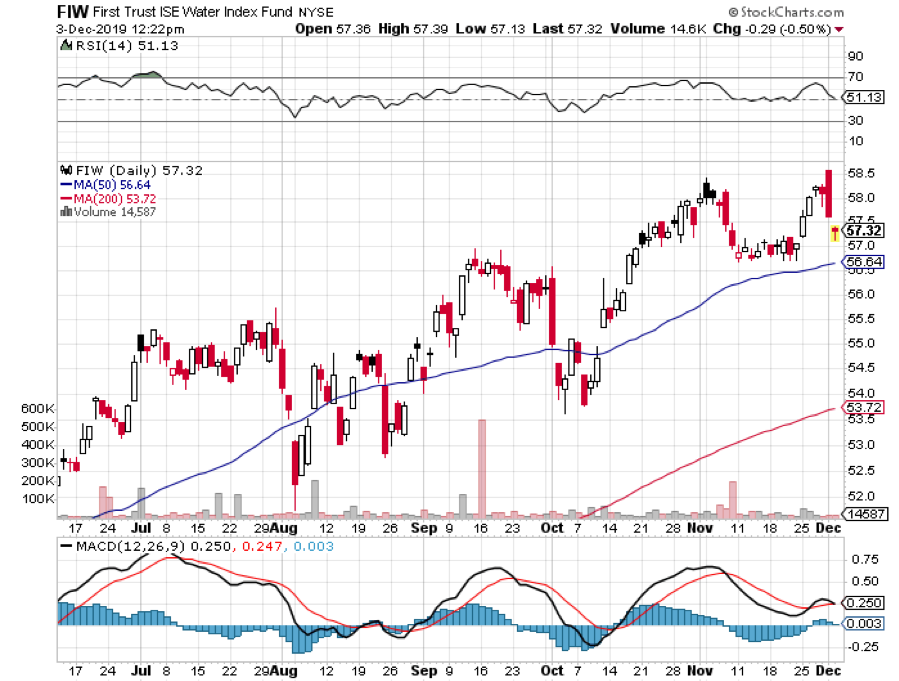 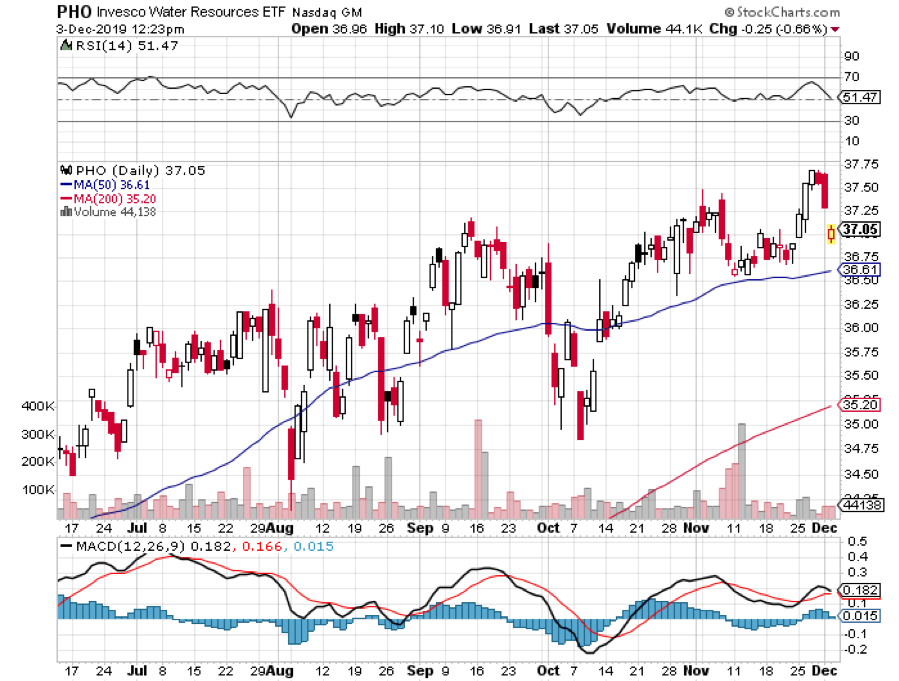 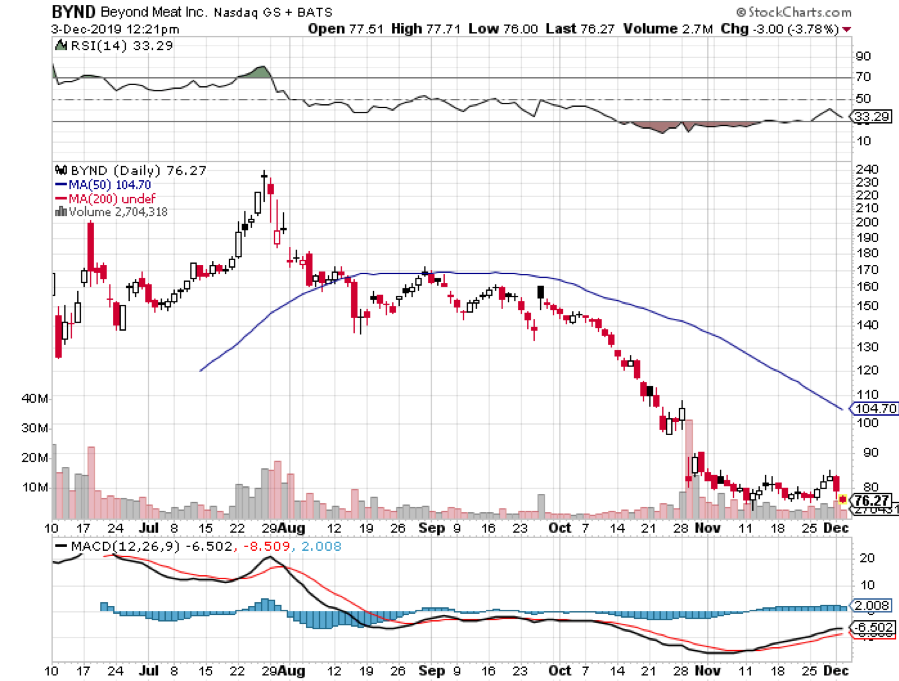 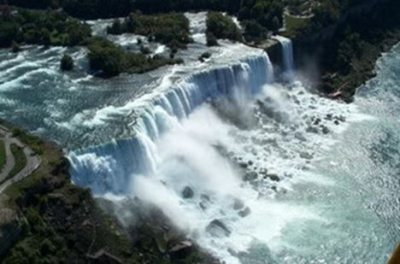