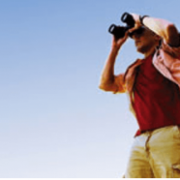 Economists around the world have been scanning the horizon with their high powered Zeiss binoculars in search of the cause of the next global recession.

It has been a conundrum of the first order because a recession has NEVER taken place in the face of LOW interest rates and LOW oil prices.

However, we may have just found the trigger.

The possible impending departure of the United Kingdom from the European community has cataclysmic implications for economies everywhere.

We?ll know for sure when the referendum is held on June 23.

Yikes! I?ll be in England then!

The move is being driven by the same factors present in the American Republican Party presidential nomination race.

Working class Brits have lost jobs to a tidal wave of immigrants from the rest of the EC, whose common passports allow unfettered access to Old Blighty.

Take a weekend trip to London, and chances are that the desk clerk is from Poland, the porter is from Croatia, the waitress is from Italy, and the cleaning ladies are from Spain and Greece.

Actual Englishmen are to be found only in distant suburbs, or in unemployment offices.

The recent influx of immigrants from the Middle East has also placed a massive strain on the country?s social services resources.

Visit your local neighborhood National Health GP, and you will share the waiting room with foreign refugees missing arms or legs, or bearing near fatal combat injuries. It?s almost like visiting a wartime MASH unit.

Net net, the view is that EC membership is costing England jobs and money, probably in the billions of pounds per year.

As with the US, the populist view is at odds with the economic reality.

While the UK is a net contributor to the Brussels budget, that misses the point. It is greatly outweighed by the additional economic growth generated by EC membership.

A manufacturer in Birmingham, Leeds, or Manchester doesn?t think twice about jumping on the Channel train to call on customers in Paris, Munich, or Copenhagen.

I often sit next to them during my summer continental travels and also get an update on whatever business they may be in.

A British departure would take nearly 20 years of business integration and dump it into the dustbin of history.

That would be a crushing loss for the British economy, which would lose much of the nearly ?200 billion pounds worth of exports it sent to the EC in 2015. These exports have grown at an impressive 3.6% a year for the past 15 years.

It would also deliver a fatal blow to the City of London, the financial center for all of Europe and one of its largest employers.

I can see the dominoes fall from here.

Europe would lose a similar amount of trade with the UK, taking a chunk out of GDP growth there.

A weak Europe brings a stumbling China, which relies on the continent as its largest customer (yes, even bigger than the US). And a wobbling China will certainly torpedo US exports, increasing volatility in our own financial markets.

In fact, the EC is the world?s largest economic entity. It is hard to see trouble there not spreading everywhere.

The turmoil is already easily visible in the foreign exchange markets. The British pound (FXB) has suffered a gut churning 10.5% nosedive over the past four months to a new ten year low. It has also smothered in the crib the recent rally in the Euro (FXE).

A newly resurgent dollar (UUP) is starting to once again cast a shadow over US multinational earnings.

It seems like the UK is determined to shrink to a smaller country, either by hook or crook.? Only last year, Scotland mounted a campaign to split off from the UK, an effort that eventually failed.

However, it is another one of those cases of being careful what you wish for.

How do you spell ?GLOBAL RECESSION?? 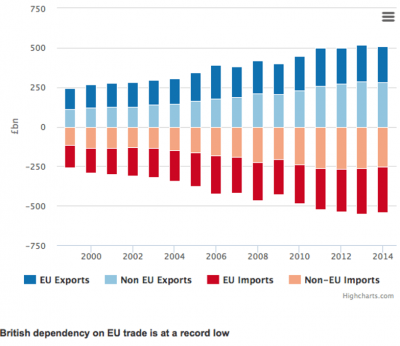 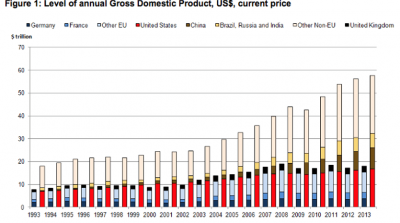 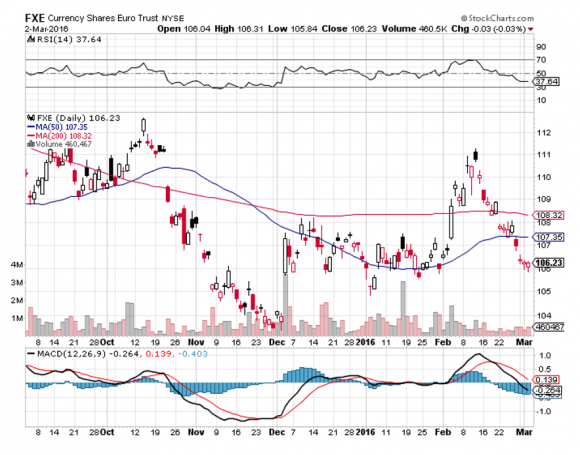 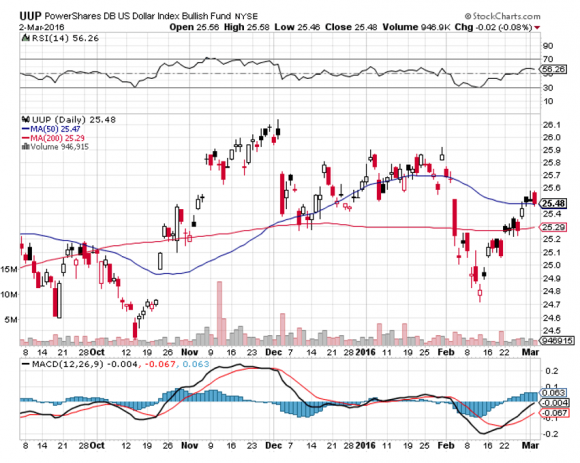 I Don't See Anything Yet 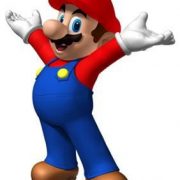